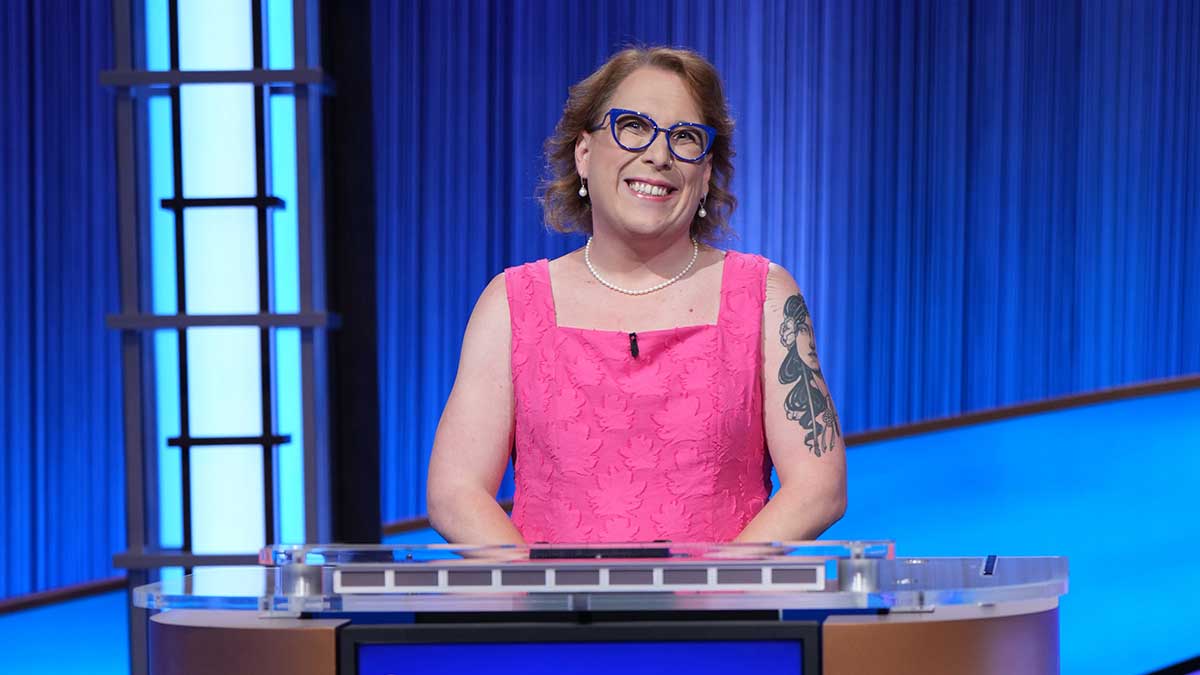 Amy Schneider is, once again, a Jeopardy! champion.

Schneider, a write from Oakland, California, won the show’s highly anticipated Tournament of Champions Monday night. She defeated Andrew He and Sam Buttrey in the Finals to win the grand prize of $250,000.

“I feel amazing,” Schneider said in a statement. “Earlier in the finals, I had this sudden moment of seeing myself and being like, ‘I’m on stage in the Tournament of Champions finals,’ and that was crazy. And I won! It’s a great feeling.”

The Tournament of Champions began October 31 and featured 21 contestants who won at least four games since the 2020 contest. The tournament also included winners from the show’s National College Championship, the Professors Tournament and the game show’s first Second Chance faceoff.

The answer was: “The January 12, 1864 Washington Evening Star reported on a performance of this ‘dashing comedy’ to ‘a full and delighted house.’”

Buttery guessed incorrectly and lost all of his money. He guessed correctly, “Our American Cousin,” which increased his total to $17,001. Schneider also answered correctly, but since she wagered $13,000, she was crowned the winner.

After the show she commented on her competitors.

“I both wanted to [compete against He] and was afraid of facing him again,” Schneider said. “I knew he was one of the top competitors in the field. He was definitely someone that I knew could beat me because he very nearly did before, and he did a couple of times here as well.”

“I’m glad we got a really fair chance to test our skills against each other, and I’d love to play him again someday, somehow.”

Congratulations, Amy! You have been a favorite since the beginning. I just knew you would be crowned the champion.