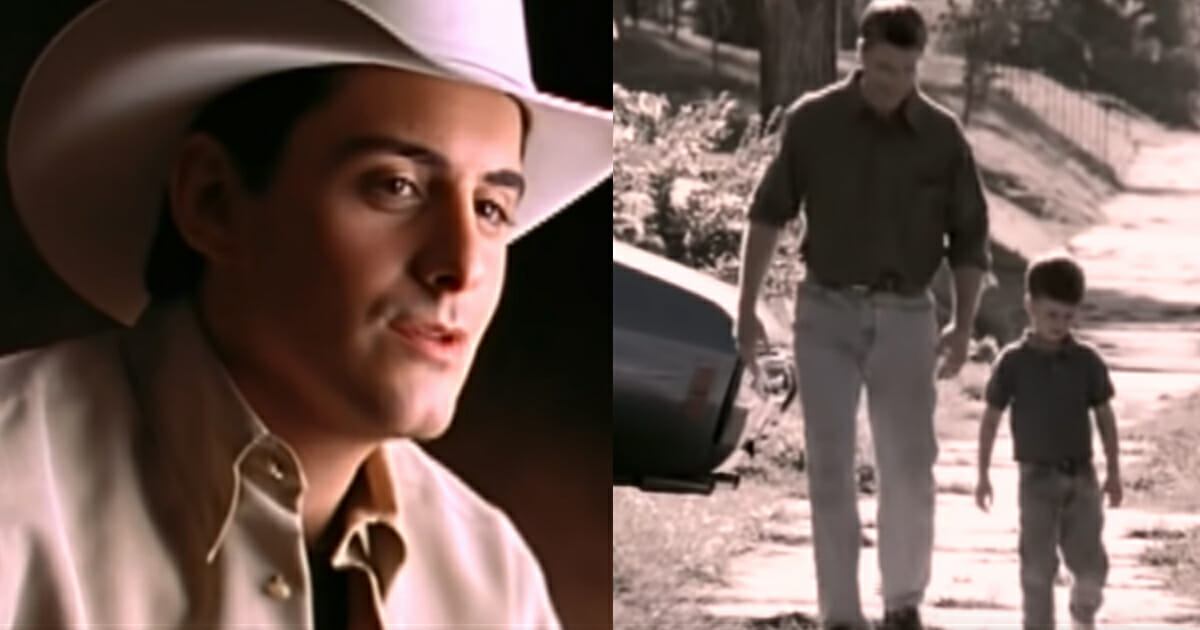 Country music fans everywhere are probably familiar with singer Brad Paisley’s work, but now there’s a reason for people who don’t know his music to love him. The singer has released a new song called ‘He Didn’t Have To Be’ that’s bringing fans of all ages to tears.

The heart-wrenching new single – his second ever, according to The BL –  was written by Brad Paisley and songwriter Kelley Lovelace. Lovelace sat down with Paisley to write a song about his own experience as a stepfather. The singer reportedly said, “Let’s make a song about you two that will make your wife cry.”

The song tells the touching story of a man who, when he finds out that the woman he’s dating has a son, starts to include him in their outings. They go to the movies and spend time all together.

Then, the man decides to propose to the woman he’s dating. He’s acted as a father figure to her son, and now he will become his stepfather and make them a family.

Fast-forward many years in the song, and the son has now welcomed a child of his own, with his wife. He thinks to himself that he hopes that he can be as fantastic of a father to his child as his stepfather was to him.

The song ‘He Didn’t Have To Be’ rose to top Billboard’s  U.S. Hot Country Songs chart and held the spot for a week.

Scroll down to hear the song for yourself!

Brad Paisley himself is a father: he and his wife, actress Kimberly Williams, welcomed two sons. Their first child is named William Huckleberry, and was born on February 22, 2007. Their second son, Jasper Warren was born on April 17, 2009.

What do you think it means to be a father? We’re sure both Brad Paisley and Kelley Lovelace think about this a lot – after all, they’ve written such a beautiful song about it.

Of course, as long as a child is loved and cherishes by their dad, that’s all that matters! Please share if you agree and love this new song.