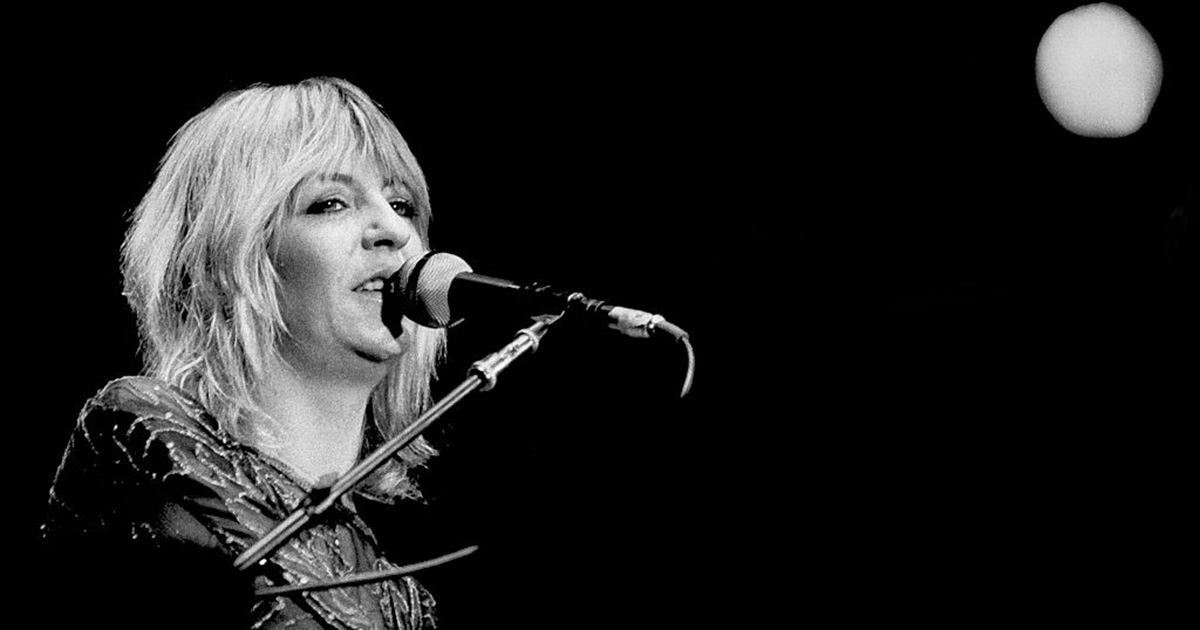 A crucial member of one of rock’s most enduring bands has died: Christine McVie, the singer and keyboardist of Fleetwood Mac who was at the heart of many of their biggest hits, has died at 79.

A longtime member of the legendary band, McVie was a key contributor during Fleetwood Mac’s creative and commercial peak in the late 1970s, including their platinum-selling Rumours.

The sad news was confirmed today by McVie’s family, who said she died following a “short illness,” “in the company of her family.”

“We would like everyone to keep Christine in their hearts and remember the life of an incredible human being, and revered musician who was loved universally,” their statement said, according to Variety.

Born as Christine Perfect on July 12, 1943 in Lancashire, England, McVie began studying piano from an early age, and as a teenager made a decision to shift from classical music to rock and roll music.

She began her career in a blues band called Chicken Shack, as a keyboardist and backup vocalist.

She married bassist John McVie in 1969, and left Chicken Shack to join her husband’s band Fleetwood Mac, which had formed in 1967. Christine became a full member of the group beginning with their 1971 album Future Games.

McVie remained a major creative force for the band even as it underwent a number of changes to the lineup. But after a move to the United States and the joining of members Lindsey Buckingham and Stevie Nicks, Fleetwood Mac was on its way to becoming one of the defining bands of its era.

This lineup’s first album, 1975’s Fleetwood Mac, was a hit, and two of McVie’s contributions, “Over My Head” and “Say You Love Me,” appeared on the charts.

Their next album, Rumours, is one of the best-selling albums of all time and widely regarded as a classic of popular music. McVie’s songs on the smash album include “You Make Loving Fun,” “Don’t Stop” and “Songbird.”

While at their creative and commercial peak, Fleetwood Mac also faced a great deal of infighting and personal tumult, and the McVies divorced in 1976.

But McVie remained a creative powerhouse for the band, and was acclaimed for her easy vocals and songwriting talents. Other notable hits from McVie include “Little Lies” and “Everywhere,” both from Tango in the Night.

She also released three solo albums. After 30 years with Fleetwood Mac, McVie retired from the band in 1998, although she reunited with the group for a tour in 2014.

As part of Fleetwood Mac, she was inducted into the Rock and Roll Hall of Fame in 1999, and won two Grammy Awards.

Rest in peace to the great Christine McVie, an incredible musician and singer behind so many all-time great songs.

Please share this story with your favorite memories of Christine McVie.