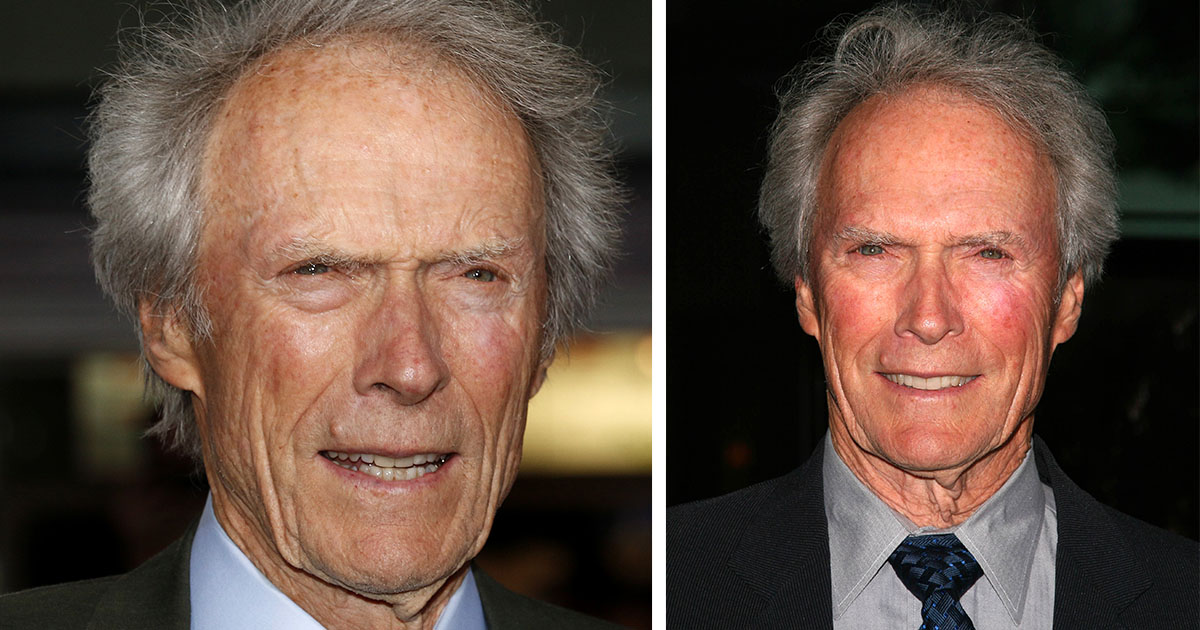 Few actors are more iconic than Clint Eastwood. The legendary actor, director and producer has been living his best life in the film industry for more than half a century. Now, aged 91, it doesn’t seem like he’s ready to slow down.

From being an uncommitted acting student to a legend in the industry, Eastwood has been involved in a great deal of projects you can name. Given his advanced years and extreme work ethic one might think life is now taking its toll.

However, an insider recently told Closer what sort of condition Clint Eastwood is in. Safe to say, it’s just as we all expected.

Clint Eastwood was born Clinton Eastwood Jr on May 31, 1930 in San Francisco, California.

Born in the midst of the Great Depression, Eastwood’s early days weren’t a bed of roses. His parents – Clinton Sr. and Ruth Eastwood – travelled around California looking for work. That, according to his mother, meant that Eastwood became a loner and “rootless”, since he didn’t have a place to belong.

Furthermore, Eastwood’s mother claimed that this was actually the reason why he became an actor at an early age, since he was used to playing with imaginary friends.

“I think kids are natural actors. You watch most kids; if they don’t have a toy they’ll pick up a stick and make a toy out of it,” Clint Eastwood told The Guardian.

“Kids will daydream all the time. I daydreamed constantly, I was a mediocre student because I would sit in the classroom, the leaves would rustle and I would be off on a journey somewhere. So it was tough to concentrate in those years.

“But it’s amazing, when kids concentrate on a game, to watch the intensity with which they do it.

“They can be extremely convincing. And the problem with becoming an actor as an adult is that as you grow up you pile all these inhibitions upon yourself, and all the social mores. You get kidded by people as you’re growing through your teenage years and into adulthood, and then, you’re at the stage where you don’t want to make a fool of yourself if at all possible.”

Clint Eastwood and his family eventually settled in Piedmont in the Bay Area. As a young boy, he was very interested in film. However, he had to wait until his early teens to be able to go to the movies.

Discovered his passion for film

And as you can imagine, once he did, it changed everything.

“We didn’t have television, most of our entertainment came by listening, from the radio. I don’t want to date myself – we didn’t exactly listen on crystal sets, but it was something a little more modern than that. But that was the way things went then,” he recalled.

“So going to the movies was a very big pleasure – all families went to movies together and sometimes adults would get a subject matter they didn’t want the kids to see. But by and large, people went a lot and it was a very nice family outing.”

Clint Eastwood loved watching films, and his interest rapidly grew. But it wasn’t until he went to see the war movie Sergeant York that he really became obsessed with the big screen. Suddenly, he wanted to know more about the people who made them and those involved – it would turn out to be a turning point regarding his life and its direction.

Eastwood graduated from Oakland Technical High School in 1949. He went on to be drafted into the U.S Army, where he worked as a swimming instructor at Fort Ord at Monterey Bay, California.

Clint knew he didn’t want to be a swimming instructor for the rest of his life. His passion was acting, and so he decided to pursue his big dream.

In 1953, he left for Los Angeles, where he took classes at Los Angeles City College while working at a gas station.

“I just joined acting classes and acted stupid. We would have acting classes where you do inhibition-relieving exercises or whatever they were, where you played chickens walking across the floor. How the hell do you play a chicken?” Eastwood told The Guardian.

“I don’t know but you tried all kinds of things like that. And you did all kinds of improvisation and they’d have you stand and just be. I had an acting coach who once said ‘Don’t just do something, stand there’.

In his early days of acting, Eastwood wasn’t exactly a prodigy. There were few studios that thought he had what it took to become a great actor. However, the tall and handsome Clint finally landed a screen test with Universal, and soon after got a contract, despite his minimal experience.

In 1955, Clint Eastwood landed his first roles – and the rest is history.

“It takes a heck of a lot of luck”

Eastwood starred in a small film, Ambush, and after seeing the final edit, he started questioning if he really wanted to be an actor or not. In the mid- 1950s, he made his money by digging swimming pools in Encino.

As with many success stories, luck was a big factor for Eastwood.

One day, he ran into a person working at CBS on Beverly Boulevard in Los Angeles by accident. At the time, they were working on the western called Rawhide, and Eastwood ended up being one of the lead cast members.

He stayed on the show for six years – and it helped to jump-start his career.

“I always tell people it takes just a little bit of skill and a heck of a lot of luck,” he said. “I kept wanting to give up but you never quite give up. You always kind of hang in.”

In the 1960s, Eastwood worked with director Sergio Leone for a trio of Western films, A Fistful of Dollars, For a Few Dollars More, and of course, The Good, the Bad and the Ugly. The three classic “spaghetti westerns” became somewhat legendary, and Eastwood gained worldwide popularity.

From there, Eastwood wanted even more. He started his own production company, “Malpaso”, and in the following years, starred in several other western films.

In the early 1970s, he went into film directing, debuting with Play Misty for Me. Soon after, he starred in the film Dirty Harry, which earned Eastwood even more acclaim and accolades.

Eastwood was the king of various different genres of films in the 1980s. But in the 1990s, his work as a director was elevated to a whole different level. In 1992, he directed, as well as starred in, the Western Unforgiven, which earned him two Academy Awards for Best Picture and Best Director.

12 years later, Eastwood released another of his signature films, Million Dollar Baby, in which he starred as an old boxing trainer. The film won four Academy Awards, with Eastwood getting two for Best Picture and Best Director.

At that point, Clint Eastwood had already become one of the true legends of Hollywood. More success followed, with films such as Flags of Our Fathers and Letters from Iwo Jima – the second got four Academy Award nominations.

More successful films – Changeling, Gran Torino and American Sniper, among others – followed. Today, aged 91, Clint Eastwood is still not ready to slow down.

So does he ever think about his age?

“I don’t think about it,” he told Ellen DeGeneres. “I sometimes think, when I was a little kid, I used to hang out with my grandfather who was in his nineties. And I thought… who the hell would want to live this long?”

During the Covid-19 pandemic, people all over the world have been forced into quarantine or lockdowns. It has also meant that the film industry has been put on pause, and since no new films have been coming out, fans haven’t seen much of their favorite actors.

Recently, an insider stepped forward to tell the truth about how Clint Eastwood is actually doing. Considering he is 91 years of age, fans might worry that his health is declining.

On the contrary, however, it seems as though he’s doing just great!

Speaking to Closer, the insider in question says that Eastwood has made his health a “priority” as he’s been getting older. But still, he feels like he is in the best shape of his life, at least mentally.

“Clint’s brain is on point … he joked that it’s his body that lags behind,” the insider said.

At the same time, Eastwood is said to have a “couple of projects” in his pipeline.

One thing’s for sure; Eastwood doesn’t have to keep on working, especially considering that he has a net worth of around $375 million, according to Celebrity Net Worth. This insider, though, told Closer that he has no plans on leaving show business, even if he might slow down his schedule.

“There’s only so much he could do”

So what is Clint Eastwood doing with his precious time when he’s not working?

“He looks forward to a good meal, reading, getting scripts, golf. But he really looks forward to another directing project, possibly acting in it too. He’s always looking for good stories to tell. He’s a storyteller. That’s always been his thing.”

Reflecting on his legacy and age, he made a brilliant statement while talking Los Angeles Times.

“I don’t look like I did at 20, so what? That just means there are more interesting guys you can play,” Clint said.

Clint Eastwood has plenty on his mind. However, nothing is more important than family. Eastwood is both a loving father and grandfather, having eight children in Laurie, Alison, Kyle, Scott, Kathryn, Kimber, Morgan and Francesca, as well as five grand-children.

Around seven years ago, he also got involved in a loving relationship with his girlfriend, Christina Sandera.

In May, the legendary actor, director and producer turned 91. He celebrated his birthday surrounded by his partner and some of his kids.

“Clint had a very quiet birthday with Christina. Scott, Kathryn, Alison stopped by his home in Carmel,” the insider told Closer.

“He got a lot of text messages and calls from friends and family and his other kids.”

Clint Eastwood is a true legend in film. We love so many of his films, and hopefully, we will get to see several more in the coming years.

Please, share this story on Facebook with friends and family to honor the icon that is Clint Eastwood!