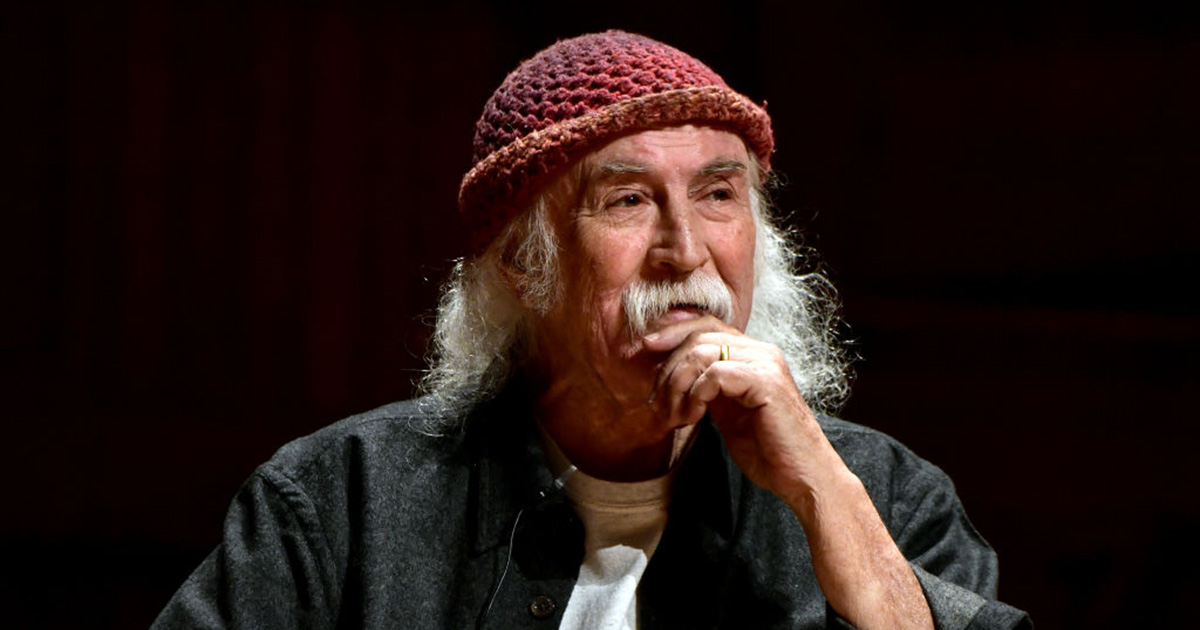 One of the defining musicians of the 1960s has died: David Crosby, the singer, songwriter and guitarist known for his work with The Byrds and the supergroup Crosby, Stills Nash & Young, has died at 81.

Variety confirmed the news with a statement from his wife, Jan Dance.

“It is with great sadness after a long illness, that our beloved David (Croz) Crosby has passed away,” the statement read. “He was lovingly surrounded by his wife and soulmate Jan and son Django. Although he is no longer here with us, his humanity and kind soul will continue to guide and inspire us.”

“His legacy will continue to live on through his legendary music. Peace, love, and harmony to all who knew David and those he touched. We will miss him dearly. At this time, we respectfully and kindly ask for privacy as we grieve and try to deal with our profound loss. Thank you for the love and prayers.”

Crosby was a member of the band from 1964 to 1967, contributing vocals and guitar to other classic tracks like “Turn! Turn! Turn” and “Eight Miles High.”

Despite their success, there was tension between Crosby and his bandmates regarding both the band’s musical direction and Crosby’s onstage political diatribes. Tensions culminated in the 1967 Monterey Pop Festival, where Crosby performed with the band Buffalo Springfield, and Crosby was fired by his bandmates.

The album features hit songs like “Suite: Judy Blue Eyes” and “Marrakesh Express” and catapulted the band to fame.

Their performance at the Woodstock Festival that year helped cement them as one of their generation’s defining acts.

That same year, Neil Young joined the band, and they were renamed Crosby, Stills, Nash & Young (CSNY). Their next album, 1970’s Déjà Vu, was another smash hit, featuring songs like “Teach Your Children” and “Our House.”

Crosby also began releasing albums as a solo artist. His first solo album, If I Could Only Remember My Name, received critical acclaim in 1971.

Despite his critical and commercial success as a musician, Crosby also struggled with highly-publicized drug addiction throughout his career. He faced several arrests for drug possession and hospitalizations.

Crosby’s drug problems also affected his personal and professional life, and was a source of tension with his bandmates. However, in the 1980s Crosby entered drug rehab and was able to overcome his addiction, later becoming an advocate for drug treatment and recovery.

While creative differences led to breakups, Crosby, Stills and Nash continued to perform together through the 2000s, though rarely with Young’s involvement.

Crosby was one of the quintessential musicians of the 1960s and ’70s, helping to create the era’s distinct sound. He holds the rare distinction of being inducted to the Rock and Roll Hall of Fame twice, as a member of The Byrds and of Crosby, Stills and Nash.

Rest in peace, David Crosby. Truly a generation-defining talent — his music will live on forever.

Please share this story with your favorite memories of David Crosby.