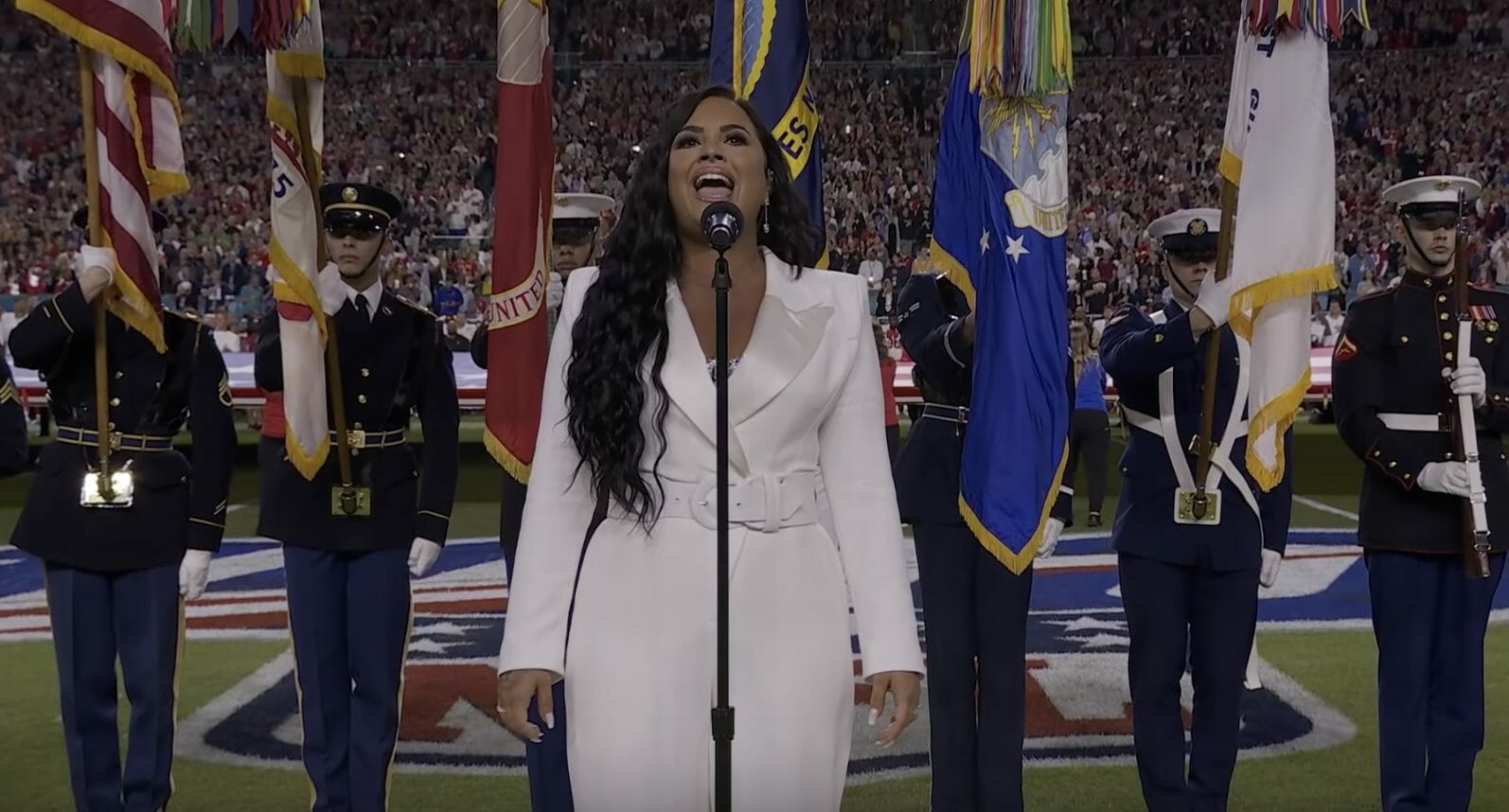 Last night’s Super Bowl might’ve been all about football, but music stars kept stealing the show, from Jennifer Lopez and Shakira electrifying the halftime show to stars like Lil Nas X popping up in commercials.

But there’s one musician who truly scored a touchdown with her performance: Demi Lovato, who kicked off the game with a “Star Spangled Banner” performance that has people raving, some calling it one of the best ever.

Lovato is a platinum-selling pop singer with hit songs like “Sorry Not Sorry,” but performing the National Anthem at the Super Bowl was always a dream of hers, as she tweeted 10 years ago:

Lovato has also faced some demons. She has struggled with her mental health and suffers from eating disorders and bipolar disorder.

She’s also struggled with substance abuse: in 2018, she suffered an overdose, and subsequently stepped away from the spotlight.

But recently, she’s been making her much-anticipated comeback, performing “Anyone” at the Grammys last week:

But Lovato also finally got her dream gig: performing the National Anthem at the Super Bowl.

Reentering the spotlight for the biggest TV broadcast of the year was not without its pressures. Lovato expressed fear that if you “mess up” the national anthem “everyone goes after you.”

“It’s just one of those things where it’s like — there’s so much pressure on the national anthem,” she told Good Morning America. “When it’s my song, if I mess up a lyric, nobody would’ve known because it wasn’t out yet.”

But any jitters she might’ve had never came through in her performance. She crushed it, delivering a beautiful rendition of the national anthem:

It wasn’t just a great Super Bowl performance—it was someone living out their longtime dream in spite of their personal troubles.

Congrats, Demi! You killed it! Share this incredible performance!