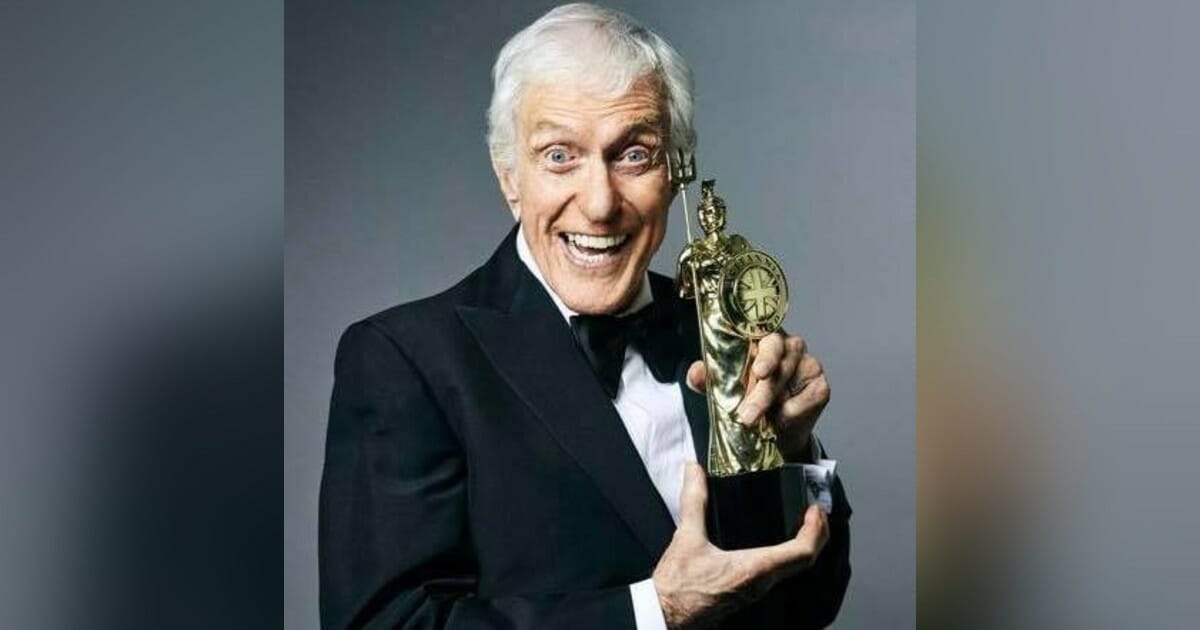 Can you believe Dick Van Dyke is 93 years old?

His exuberant and playful energy certainly don’t lead you to believe he’s only a few years away from being 100 years old.

Recently, the actor, comedian, and all around legend shared with Closer Weekly how he keeps a youthful spirit.

“I just love what I do,” he said. “I’ve been one of those lucky people that gotten do something for a living that he would have done for nothing. That’s why I’m still here tonight. They can’t get me off the stage.”

Despite his age, Dick Van Dyke has continued to grace our screens with the same vim and vigor at 93 as when he made his Broadway debut in 1959.

So how does he still do it?

He credits his ability to continue to perform to his “good genes and not getting hit by a bus.”

In the 2018 sequel to Mary Poppins, Mary Poppins Returns, Van Dyke had a cameo where his character tap dances on top of a desk. You might question if those moves were actually Van Dyke or not, but “every frame is him.”

“He’s fearless, has such a joy and he loves to dance. He’s truly an original,” Rob Marshall, the film’s director, said, according to USA Today.

Plans were made to ensure Van Dyke’s safety, but when it came time to film the shot, it was clear the 90-something didn’t need help.

“I have seen him literally dance stepping down the grocery aisle,” Marshall said. “He’s a bright spirit. And I know for a fact he goes to the gym every day.”

And it’s true. The actor goes to the gym three times a week because even though he’s always considered himself someone who exercises, he knows how important it is to keep moving at his age.

“At my age, they say to keep moving,” Van Dyke told Closer Weekly. “Put me on solid ground and I’ll start tapping!”

In addition to dancing he does water aerobics, lifts weights, and walks on a treadmill.

The amount of work Van Dyke puts in will either shame you or inspire you. Just ask Lin-Manuel Miranda, who starred in Mary Poppins Returns.

“Dick has more energy than I will ever have in my life, and it’s incredible,” he said. “It’s humiliating, and it’s awesome!”

Van Dyke pointed out that his love of performing has kept him feeling young for decades.

I love Dick Van Dyke so much!

I’m glad he’s been able to keep such a youthful energy and continue acting.

Share this to show your appreciation for the award-winning entertainer.