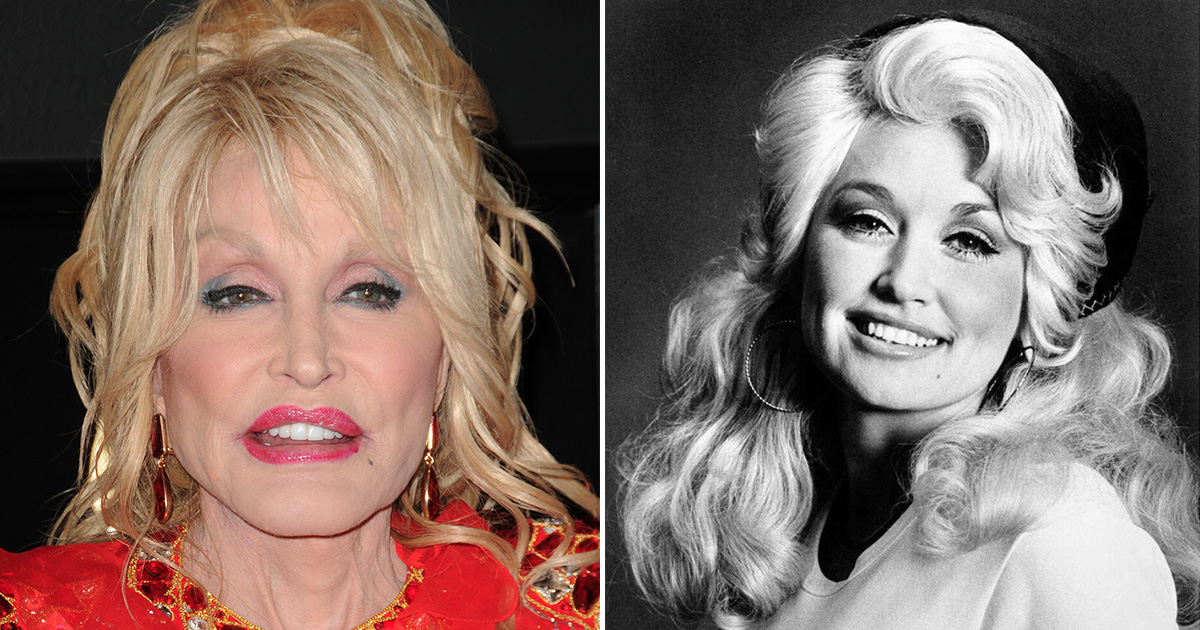 There are few people that have reached the heights Dolly Parton has. The country star is a true legend in the field of music, and these days she’s doing more than just singing wonderful songs.

Parton has always been keen on helping others, doing the best she can by giving away books to young children, as well as trying to brighten people’s days during the COVID-19 pandemic.

However, Dolly has never had children of her own. Why? Well, she’s now given her own answer to that question.

Dolly Parton is a cultural icon who became a worldwide country star even before country music was a big thing outside the U.S.

Her powerful voice and magical songwriting skills have established her as a legend in the country and pop charts for several decades. Still to this day, she continues to create wonderful music with her voice which never seems to grow old.

Dolly Parton’s been around music all her life. And nothing seems to stop her from continuing to do what she loves the most.

She was born on January 19, 1946, in Locust Ridge, Tennessee. She grew up somewhat poor in Locust Ridge, ner the Great Smoky Mountains as one of 12 children, and since, money was quite an issue.

However, music became something her family gathered around. Her mother sang and played guitar, and when Parton performed in church at a young age, she started to learn more about music.

“Music was such a large part of our whole family, Parton recalled. “All of my mama’s people were musical. They all played some sort of musical instrument. Of course, I took my music real serious, and I was always plucking along on somebody’s instrument — whatever they would leave lying around or whenever my family would come. But I always loved the guitar.”

Dolly Parton got her own guitar from her uncle. Before long, she had started to write her own songs.

By age 10, she had performed on several local television and ratio stations in Knoxville, Tennessee, and at age 13, she made her debut on the national country radio station, Grand Ole Opry. At the time, she was making about $20 dollars a week.

Family and music walked hand in hand at the Parton’s. And it was also her uncles that helped her take the next step.

Parton went to high school and graduated, becoming the first one in her family to do so. But in 1964, at the age of 18, she decided to focus fully on her music career. Dolly Parton left home and headed to the Mecca of the country music scene, Nashville.

“I had a dream,” she said. “And I had a talent, I thought. And I really believed it was going to happen.”

In Nashville, Dolly quickly became a star. She worked with Porter Wagoner on The Porter Wagoner Show, and the duo became very popular. Parton and Wagoner released several country hits together, and she soon got a contract with RCA Records. In 1971, Parton landed her first No. 1 country hit, Joshua, and several more hits followed. One of them was, of course, Jolene.

Parton got the idea in the late 1960s, when she usually signed autographs for the audience after the television show she was on.

Who’s Jolene by Dolly Parton about?

The inspiration for the song came from a bank teller who was showing Parton’s new husband quite some interest.

“She got this terrible crush on my husband,” Parton said. “And he just loved going to the bank because she paid him so much attention. It was kinda like a running joke between us — when I was saying, ‘Hell, you’re spending a lot of time at the bank. I don’t believe we’ve got that kind of money.’ So it’s really an innocent song all around, but sounds like a dreadful one.”

The song Jolene only has 200 words in it. Hower, it became one of the biggest hits of the 20th century. Dolly Parton reached No. 1 on the charts and the song was nominated for two Grammy Awards for Best Female Country Vocal Performance (both studio and live version).

With songs like I Will Always Love You, – which was a tribute to Wagoner and their professional relationship – The Seeker, Love Is Like a Butterfly and All I Can Do, Dolly Parton stacked up awards upon awards, and became a real superstar worldwide.

She won her first Grammy in 1977 with Here You Come Again, and more hits followed.

In the 1980s, Dolly Parton broadened her audience by heading into the film business. She starred alongside Jane Fonda in the 1980 hit comedy 9 to 5, for which she also contributed with the soundtrack. More film appearances followed, and in 1986, she even opened her own amusement park, Dollywood, in Pigeon Forge, Tennessee.

Dolly claims to have written more than 3,000 songs in her career. Meanwhile, she’s sold more than 100 million albums, topped the country chart 25 times, and won a staggering eight Grammy Awards. And she’s showing no signs of slowing down.

“Almost every day I come up with a few song titles or a sweet melody,” Parton told BBC in 2016.

“I’m 16 in some ways. I’m still a hopeless romantic. But I’m 35 in my spirit and in my mind. When I was 35, it was a pinnacle, a great time in my life – success and happiness and all that. And so I just decided ‘I’m gonna claim that number and always be that in my state of mind.'”

While Dolly Parton has conquered the world with her legendary music and songwriting, as well as her wonderful live performances, she found the love of her life more than 55 years ago.

In 1964, Dolly met Carl Dean outside the Wishy Washy Laundromat in Nashville, Tennessee. At the time, Dolly was 18 years of age and Carl 21. Straight away, Carl realized there was something very special about the young lady.

“My first thought was, ‘I’m gonna marry that girl,'” Dean said in a statement of the moment they met, as quoted by Entertainment Tonight.

“My second thought was, ‘Lord she’s good lookin’.’ And that was the day my life began. I wouldn’t trade the last 50 years for nothing on this earth.”

Dean was sitting in his pickup truck as he saw Dolly and “hollered” at her, as she recalled in an interview with the NY Times in 1976.

However, she declined a date with him. Instead, she invited him over when she was babysitting her nephew just days after. It was the start of a love story that never ended.

“He came up every day that week and we sat out on the porch. I wouldn’t even take him in the house,” she said.

Left Tennessee to get married

“Then my aunt got a day off, and she could keep the kid and that was my first chance to go anywhere with Carl and he drove me straight to his folks’ house and introduced me to his mother and daddy. ‘Cause he said he knew right the minute he saw me that that’s the one he wanted.”

In May 1966, Dolly Parton and Carl Dean married in a private ceremony in Ringgold, Georgia. Her record label actually wanted them to wait to get married, since she had a career to think about. But Dean and Dolly didn’t want to wait, and as a result, they decided to tie the knot in Georgia so that the local press in Tennessee wouldn’t write about it.

The only ones in attendance were Dolly, Carl and her mother.

“My mother made me a little white dress and a little bouquet and a little Bible,” Dolly recalled. “But I said, ‘I can’t get married in a courthouse because I’ll never feel married.’ So we found a little Baptist church in town, and went up to Pastor Don Duvall and said, ‘Would you marry us?’ We got pictures on the steps right outside the church.”

Ever since then, Dolly and Carl have been deeply in love. However, he never walks the red carpet with her at award shows or charity events.

Carl Dean did it once, when his wife received her first songwriting award at 20-years of age. But that was it.

“After the dinner, we walked back out, and they brought us our car — I don’t even remember what we were driving then — and we got in it and headed for home,” Parton recalled, as quoted by The Boot. “Carl turned to me and said, ‘Dolly, I want you to have everything you want, and I’m happy for you, but don’t you ever ask me to go to another one of them dang things again!'”

In 2016, the couple celebrated their 50th anniversary. To celebrate it, they decided to renew their vows.

“There was no pressure at all. We had our own little ceremony in a little chapel on our property, then we went in our little RV down to Ringgold, Georgia, and spent the night where we had married 50 years before. We took some beautiful pictures and got all dressed up. It was fun really.”

“We’ve always been good buddies. We have a lot of fun and a lot of respect for one another. It was his first marriage and mine and we never thought we’d ever want to do that again. Why bother?”

Dolly Parton has been in show business all her life, so it’s helped her to have the support of her one true love throughout her entire life. These days, they can pretty much do whatever they want, and we truly think they deserve it all.

But there’s one thing that Carl and Dolly decided not to get: Children. Speaking on Today, Dolly Parton simply said that she had to give it up in order to continue with her career.

“I’ve made sacrifices, but I think, like I said, I believe what I know I’m supposed to do,” Parton said. “I’ve made the sacrifice of time… and not having time to spend with family, and you give up family and friends, vacation, and work without end, 24/7, 365, but you got to make the sacrifice.”

She told The Guardian that she and Dean have always wondered what their children would look like.

And yet, while Dolly Parton doesn’t have children of her own, she does all she can to help those in need. Parton started the book-gifting program Imagination Library project, that mails free, high-quality books to children from birth up to age five, no matter their family’s income.

According to Parton, there’s been up to 125 million kids involved in the program. She says her father was the big inspiration for starting it.

“So when I got ready to start the program, I thought I’m going to do this for my dad and I’m going to bring him along with me to help me with that,” she said.

“So, he got to live long enough to see it really take off and start doing good, and so he loved it when the kids called me the Book Lady. He was prouder of that than saying that my daughter’s a star: ‘My daughter’s the Book Lady.'”

Dolly Parton is a living legend, and we still enjoy seeing her on stage as well as hearing her on the radio. Thank you for all the wonderful tunes, Dolly. We really can’t want wait to hear new songs!