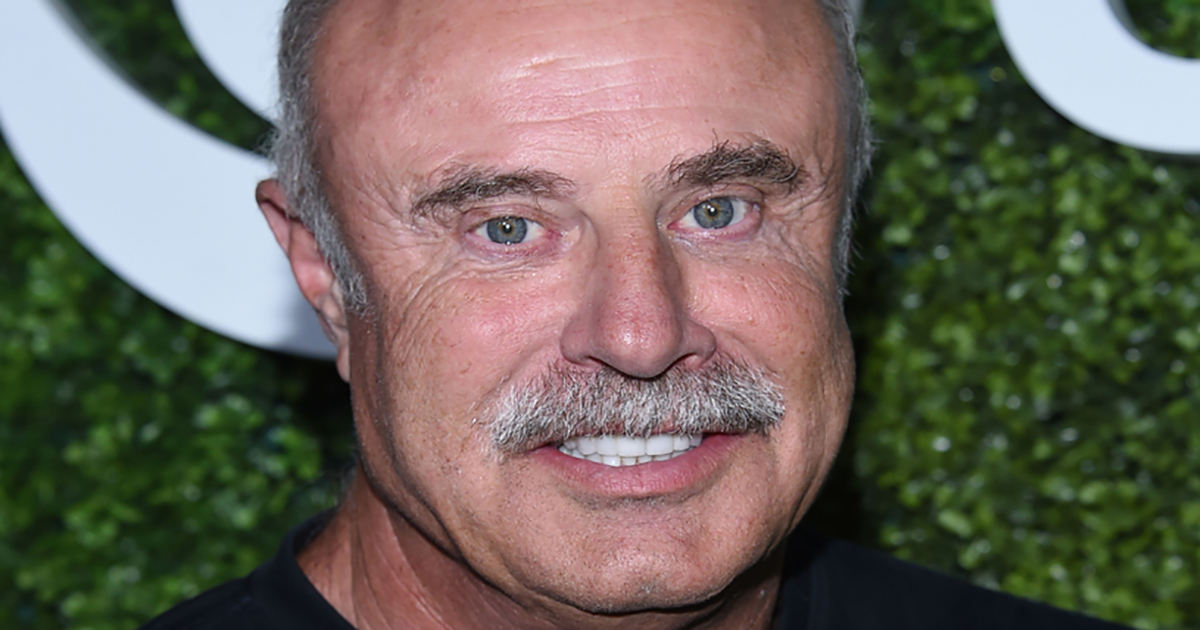 I’ve always liked Dr. Phil and his daytime talk show. Most often, he addresses important and interesting topics – it feels like you are learning something every time, although some guests and cases can leave us, as the watching audience, sad.

For me, Dr.Phil has always been that humble, stable man, combining wisdom with a brilliant take-no-prisoners style of therapy. Yet I must admit that until now I didn’t know much about his previous life – which is to say the life he led before he became a TV star.

Take his first, failed marriage, for example – which I had no idea about.

Over the years, his ex-wife Debbie Higgins McCall has talked openly about their turbulent marriage, referring to her ex-husband as “domineering”.

Dr. Phil, for his part, has always kept a low profile and hasn’t revealed much about what really happened between the two of them. But if we dig deeper into their time together, we can learn a little bit more about who Dr. Phil is and the events that shaped him into the man he is today.

With his popular TV show ”Dr. Phil”, and his best-selling books, Phil McGraw has become one of the world’s highest-paid daytime talk show hosts ever.

According to some reports, the 70-year-old is worth an estimated $400 million today and, as a result, could retire any time he wants.

But Dr Phil’s success story has also been marred by scandals, allegations of sexual abuse and law suits. He has also been accused of exploited people suffering from mental illness.

Today, Phil McGraw is happily married to his beloved wife, Robin McGraw. Over four decades, Phil and Robin have been inseparable and have managed to expertly keep their love alive.

Yet before Robin came into the picture, there was another woman in Phil’s life – ex-wife Debbie Higgins. Phil and Debbie were high-school sweethearts in Kansas City and met when they were 20 years old.

Phil actually grew up among the oil fields in North Texas, but was forced to move to Kansas when his father got an internship and saw a chance to pursue his lifelong dream of becoming a psychologist.

According to Debbie, Phil didn’t want to move from Texas.

“Daddy made him come up here because he wanted to keep an eye on him,” Debbie told The Kansas City Star in 2002.

But the move ended up being pretty good for Phil. He met his future wife and was also a favored line backer in the high-school football team.

Debbie was very popular in high-school – she was the cute, blonde cheerleader and homecoming queen with “the million-dollar smile”.

Somehow she fit in perfectly with the big, strapping line backer, who stood out with his cowboy drawl dialect. They started dating in their junior year and many felt that the couple were made for each other.

But complications were present in the beginning. Debbie wasn’t really allowed to date until she turned 16, and her brother watched her like a hawk.

On her first date with Phil, she came home five minutes late – something that left her parents seeing red. Debbie was grounded for a month, but Phil and Debbie still talked on the phone every day.

In an interview with The Kansas City Star, Debbie described what Phil was like as a boyfriend. According to her, he was ”kind” and ”sensitive”.

But once they got married, things started to change – at least according to Debbie. She made some nasty accusations against Phil, claiming that he was dominant against her.

Phil wanted her to stay at home to take care of the household – that was her domain. According to Debbie, Phil also asked her to start lifting weights to bulk up her chest. She also accused him of being unfaithful to her.

”When I confronted him about his infidelities, he didn’t deny these girls and told me that it had nothing to do with his feelings toward me, to grow up, that’s the way it was in the world,” Debbie said in 2002.

Debbie, who claimed she felt trapped in her marriage, explained that it ended because Phil “had a roving eye”. She left him in 1973 – just three years after they tied the knot.

Phil McGraw has been very quiet about his first marriage. The only time he actually talked about it was in an interview with Newsweek.

At the time, there was a pressure to get married, Phil said.

”I was the big football player, and she was the cheerleader. This was just the next thing to do. It just didn’t work out,” he said.

He has never commented or denied Debbie’s allegation of infidelity. The TV star hasn’t even mentioned her since that Newsweek interview 18 years ago. However, he has talked in general about why marriages fail.

”If you ask me, that’s the one major reason why marriages fail. If people fail to prepare themselves for the hard work that is required, that’s the biggest problem. If you’ve gone into a marriage and you haven’t been clear about how you’re going to handle money, how you want to raise kids, who is going to work or stay home or what have you, then you’ve set yourself up for failure,” Phil said in 2007.

Today, Phil is focused on his current marriage with Robin. Phil and Robin began dating after the annulment process in 1973, according to Ninja Journalist.

“Phil may still have been married at that point although they were probably separated. But Robin was young, young, young and Phil had already been married and separated, started a health club business, fleeced a bunch of people out of money and filed for bankruptcy,” author Sophia Dembling wrote in her book ”The Making of Dr.Phil”.

Phil and Robin married in 1976 and had two children together, Jay McGraw and Jordan McGraw.

Celebrity divorces are always getting attention and Dr. Phil’s breakup with Debbie is no exception. Although their marriage is kind of forgotten – Debbie called herself ”Dr. Phil’s secret wife” – there has been a lot of speculation regarding what kind of settlement the couple had when they divorced.

The information is hard to verify, but according to reports, the split cost around $1 million. They didn’t have any children, Debbie didn’t have much and according to the Affair Post, she didn’t press Dr. Phil for any alimony.

It’s estimated that her net worth was less than $1 million, according to the site.

In that well-known interview Debbie did in 2002, she told the reporter that she managed a liquor store in the Kansas City suburbs.

Later, she would be praised for her works as an editor, especially for her work with the documentary “Christy Mathewson’s Day”, in 2011.

Tragically, Debbie died in 2014, after a long battle with cancer. Her brother, Bill Higgins, confirmed the sad news and claimed that he tried to tell Dr. Phil about his sister’s death, but the psychologist didn’t answer or call back.

Debbie was survived by her daughter, Marci McCall, and her brother, Bill Higgins. According to Radar Online, Marci was born a few years after her mom left Dr. Phil. After her death in 2014, the daughter posted some pictures on Facebook of her beloved mother.

It’s very sad to hear about Debbie and all my thoughts go to her family and friends.

I’m sure her marriage to Dr.Phil gave her valuable experiences and as always, there are two sides to the same coin – it’s hard to know what happened so many years ago.