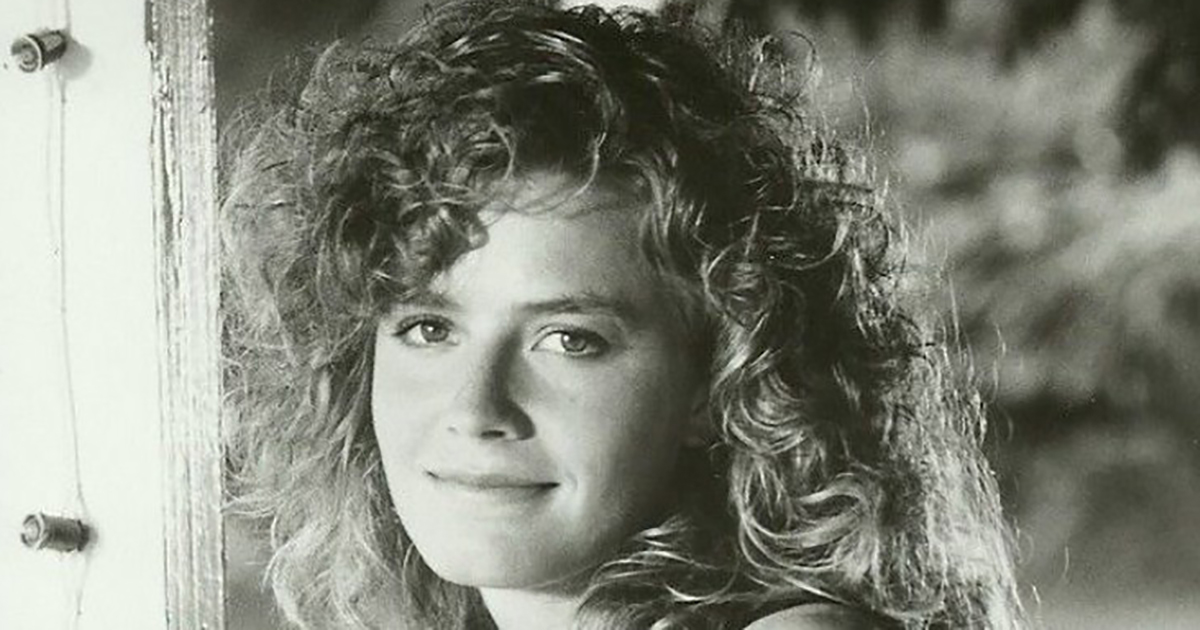 The 1980s was a great decade for movies. Heck, I still watch many of the classics today. From the iconic music to the bold styles, the colors and the copious amounts of permed hair … the ’80s will be in my heart forever.

Elisabeth Shue was one of many actresses who got her break in the ’80s. I’ll never forget the first time I saw her in the movie The Karate Kid, where she played the gorgeous Ali Mills – the main love interest of Daniel LaRusso.

As a young man, it was hard not to fall in love with the sweet-natured girl. I also remember that I loved her role in ”Cocktail”, 1988 – once again, she delivered a great acting performance as the love interest of Tom Cruise’s lead character.

Following that movie, however, it felt like she went under the radar. I can’t really remember her appearing in any further films, but the other day I came to think of her again when I saw some episodes of the new TV series Cobra Kai, a spinoff of the The Karate Kid movie from 1984.

I couldn’t help but think of what Elisabeth Shue, the ultimate girl-next-door type, is doing today. We’ll you’re soon about to find out – and I can promise that you not will be disappointed when you see how this talented lady looks these days!

Elisabeth Shue was born in Wilmington, Delaware but grew up in a tightly knit middle-class family in New Jersey, with her three brothers. She comes from a family with a long and proud history – Elisabeth’s mother was a descendant of Pilgrim leader William Brewster. Brewster was a passenger on Mayflower, the English ship that transported the first English Puritans to in America in 1620.

When Elisabeth was 9 years old, her parents divorced and her father remarried. Later in life, she confessed to being “a very shy kid in a lot of ways”. Playing soccer with her brothers provided a refuge of sorts for her.

“I was attracted to sports to balance the confusion of life. My parents got divorced when I was nine, and there were a lot of tough moments, not having enough money for this and that,” she said.

Elisabeth was a huge talent in soccer and in retrospect she said that it made her a better actress. According to Elisabeth, the spirit she formed on the soccer field gave her a psychological edge on set.

”I hated when people would say ‘Oh, she’s good for a girl.’ That drove me crazy. So I had to work extra hard so that wouldn’t happen,” Elisabeth told MPRNews.

Elisabeth went to high school in Maplewood, New Jersey and graduated in 1982. She was later inducted into the school’s Hall of Fame in 1994.

After high school, she attended America’s oldest learning institution – Harvard University. But she was only there for a short period of time.

Her interest in theatre and television was growing stronger and stronger, so she left Harvard to pursue her dream of acting. A friend of Elisabeth’s had done some work for TV commercials and that inspired Elisabeth to try and carve out her own success.

Before long, Elisabeth was appearing in TV commercials. Her biggest “roles” were in advertisements for Burger King and Hellmann’s Mayonnaise.

Ali Mills in The Karate Kid

Yet her major breakthrough came in 1984 – when she was cast as “Ali Mills” in the blockbuster The Karate Kid. Ali, the beautiful blonde from the Hills, falls in love with the main character, the friendly and adorable ”Daniel LaRusso” – played by Ralph Macchio.

The film was a commercial success and one of Hollywood’s highest-grossing movies of 1984. The down-to-earth character of Ali Mills really made an impression on the audience and paved the way for Elisabeth as America’s favourite girl–next–door.

But after some minor misfires in a series of underperforming films, Elisabeth disappeared from the spotlight. Maybe the audience was tired of the sweet, blonde girl who always played someone’s girlfriend?

The turning point came when she was cast in Mike Figgis’s “Leaving Las Vegas”, where Elisabeth played a prostitute who falls in love with an alcoholic played by Nicolas Cage.

In that movie, Shue showed that she could handle a rawer role, and the critics loved her. She earned an Academy Award nomination for Best Actress. Even though she didn’t win, the nomination poured life into her declining career.

Who is Elisabeth Shue married to?

Together, the couple had three children, Miles William (1997), Stella Street (2001), and Agnes Charles (2006). At that time, Elisabeth’s focus shifted more towards taking care of the family.

”I play tennis for two hours every day. I want to compete at the lowest level of pro tennis — it’s my own personal goal. Once I accomplish that, I quickly take care of my job as an actress, then I become just a regular mom,” she told People in 2007.

Elisabeth also returned to Harvard University and completed her B.A. in Political Science, in 2000. She combined family life, acting and studies in an impressive way.

”It wasn’t easy at first,” she told NZHerald.

”I did make friends [at Harvard], but I couldn’t hang out the way I used to when I was in my 20s, I had to go home and take care of my kids at the end of day. But it was really nice being with kids who were different ages.”

As in most families, life is a journey of ups and downs. Many families have their share of haunting memories and Elisabeth knows this for sure. Her family went through an unimaginable tragedy in 1988, when her older brother William died in a freak accident at the family’s vacation house in Maine.

Two days before he was to celebrate his 27th birthday, Will was swinging over a pond, clinging to a rope. Somehow the rope broke and had devastating consequences. Will was pierced on a tree branch and died in front of his siblings, who couldn’t do anything to save him.

The loss was painful in many ways. Will Shue was the natural leader of the siblings, a person that Elisabeth and her brothers always looked up to.

“Will was an exceptional person,” Elisabeth told NJ Monthly in 2007.

“He was incredibly loving and very protective of us. I think because our parents were divorced, it was tough on all of us as we tried to find a safe haven. At times, Will would take the place of our parents and he would be our friend. He never stopped looking out for us.”

Elisabeth rarely talks about the traumatic accident, but it’s obvious that the Will’s death changed her whole approach towards life.

“During the years of healing, the example of Will’s life has come so close to me. He was unafraid and exuberant, embracing life with his arms wide open, cherishing what’s important, family and friends, instead of being scared of being vulnerable. My connection to joy and pain, to the beauty of feeling, is so much greater and deeper now,” she says.

Will’s passing brought Elisabeth even closer to her brother Andrew. The two have quite a lot in common – Andrew is also an actor, probably best known for his role as Billy Campbell in “Melrose Place”. He also appeared in two of his sister’s most famous movies, via a cameo in The Karate Kid as a member of Cobra Kai and and a wedding guest in “Cocktail”.

During the 2000s, Elisabeth had a solid career. Many probably recognize her from CSI, where she played Julie Finlay from 2012 to 2015.

Right now you can watch her on Amazon, in American superhero drama television series The Boys. But most people probably still remember her from the ’80s.

“All those movies from the ’80s, like Adventures in Babysitting and Cocktail. [Fans] will say, “I had such a crush on you when I was 7. I wanted you to be my babysitter.” Now they’re in their 30s, and I feel so old!,” Elizabeth says.

Recently, there has been speculation about a possible comeback for Elisabeth Shue as Ali Mills in Cobra Cai, the Netflix series based on The Karate Kid film.

On October 6, Elisabeth turns 57 years old and, as you can see, she has aged like a fine wine. And it doesn’t seem that the actress has any anxiety over growing older. When she was in her 40s, she told reporters:

”I really think the 40s are the greatest years for any woman, because you have a real sense of yourself. I’m much more aggressive in what I want to do in my life.”

It’s wonderful to see how well it has gone for that blonde, innocent girl who captivated millions of people in the 1980s.

Even though she has experienced tragic events in her life, Elisabeth seems to have a very healthy outlook on life. I wish her all the best in the future!

And, of course, we’re keeping our fingers crossed that we get to see her in Cobra Kai – it could be an unforgettable reunion between her, Daniel LaRusso, and Johnny Lawrence!