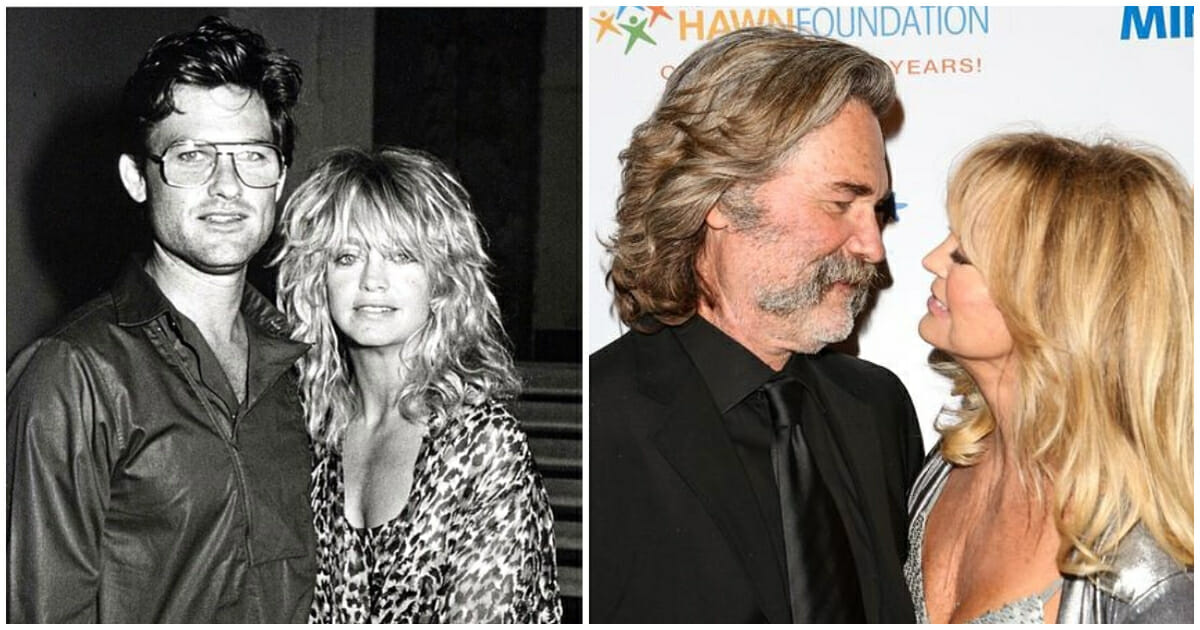 But no one told that to Kurt Russell and Goldie Hawn — the actors are still in love after nearly four decades together.

These two are Hollywood relationship goals… so how do they keep the spark going after 37 years together? Goldie Hawn shed some light on their relationship, saying Kurt “makes her feel beautiful.”

“The other night we were going to go have dinner. He looks at me and goes, ‘You’re unbelievable,’” the 74-year-old Oscar winner told People Magazine.

“‘He said I cannot believe how [beautiful] you look.’ He really appreciates that.”

Hawn gave the interview alongside her daughter Kate Hudson, and her baby granddaughter Rani Rose.

Hudson, the star of films like Almost Famous and How to Lose a Guy in 10 Days, says her mother’s long-lasting relationship is an inspiration to herself and others in the industry.

“Sometimes I look at it and I’m like, How do you guys do it?’” Hudson said. “I’m still working on that.”

“Just the fact that they’ve been able to maintain a unit for all of us, in times of turmoil, they really are the center of all of our lives.”

While the two have been together for 37 years, they’ve never officially married—they simply don’t see the need to.

“So as long as my emotional state is in a state of devotion, honesty, caring, and loving, then we’re fine. I like waking up every day and seeing that he is there and knowing that I have a choice. There is really no reason to marry.”

”Everyone has their marker on what is really important and where you draw the line. For Goldie and me, that core value was this: the kids come first”, Kurt told Daily Mail in 2018.

The two starred in some films together in the ’80s, including the romantic comedy Overboard, but they rarely appear on screen together.

Kurt remains an in-demand actor, appearing in films like Once Upon a Time in Hollywood and the Fast and the Furious franchise. Hawn has largely retired from the screen.

However, the two reunited on screen, playing Santa Claus and Mrs. Claus in The Christmas Chronicles. A sequel is in production, and the two are slated to return.

We love this couple! They’re definitely an inspiration on how to make it work after decades together. Share this story!