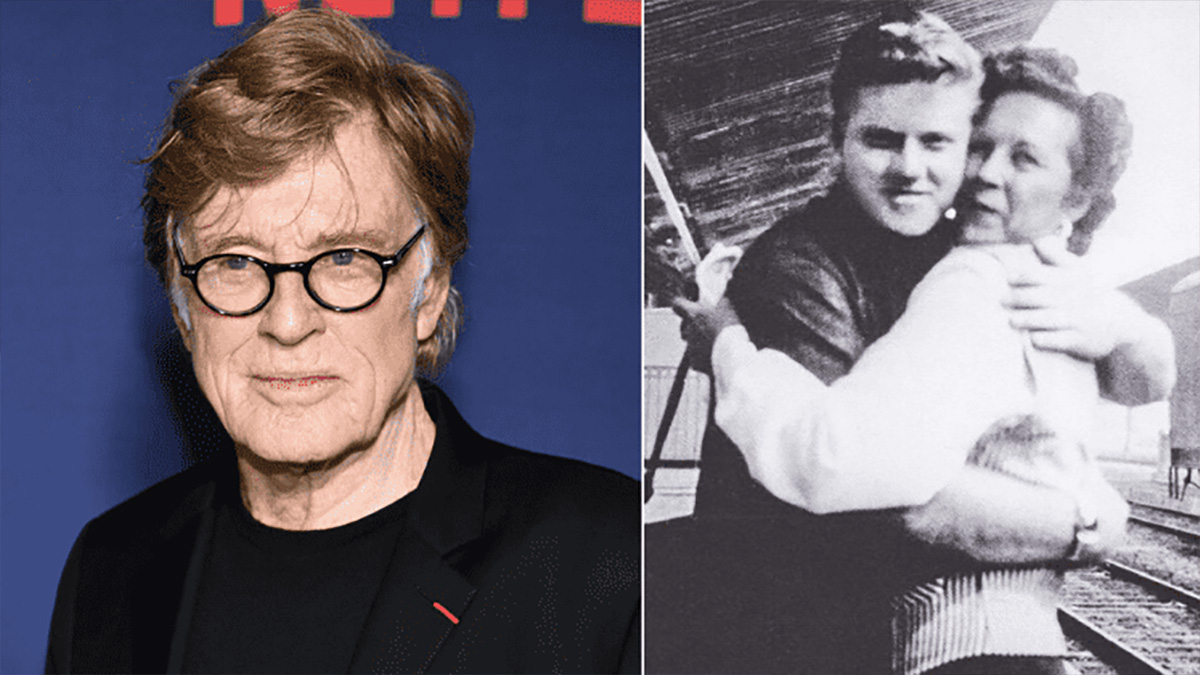 Robert Redford rose to fame as the Sundance kid and went on to enjoy a six-decade successful career in the movie industry as well as founding the Sundance Film Festival.

His humble beginnings as the son of a milkman-turned-accountant in Santa Monica, California, led him to pursue fame and stardom but his studies were never a priority.

He was a self-confessed “bad student” and he lost his scholarship to the University of Colorado after he started drinking heavily.

But the restless kid who felt he was on the receiving end of a lot of criticism could always rely on his mom for support.

“The one person who stood behind me was my mother,” he said at the Sundance Film Festival Utah Women’s Leadership Celebration in 2018.

“She believed that all things considered, she just had faith that I had something in me that was going to turn out OK,” he said, as cited by Womans World.

He described his Texan-born mom Martha Hart as an adventurous person who always saw things in a positive light. He also credits her for his strong connection to women.

Sadly, his devoted mom passed away when she was just 40 years old.

“She had a hemorrhage tied to a blood disorder she got after losing twin girls at birth 10 years after I was born,” he said adding that his mother had been warned that another pregnancy would be dangerous.

“She wanted a family so badly, she got pregnant again,” said Redford, adding his mother’s death “seemed so unfair.”

He revealed his biggest regret was not telling his mother ‘thank you.’

“I took [her] for granted because that’s the way kids were at that age,” Redford admitted. “My regret is that she passed away before I could thank her.”

Robert was just 18 years old at the time and had just started his course at college. After he lost his college place he ended up traveling around Europe and later studied painting at the Pratt Institute in Brooklyn and took classes at the American Academy of Dramatic Arts.

Still grieving from the loss of his mother he found comfort in his first marriage to Lola Van Wagenen when he was 22 and she was still a teenager saying the union “saved his life” at the time.

The couple remained married for 27 years and had four children together. Their first born Scott Redford died at just two and half months old of Sudden Death Syndrome. Redford has seven grandchildren.

Despite divorcing the couple still remain good friends and he has no regrets.

“[My family] feared that I was going to go off the deep end, or that I would never amount to anything, or die at an early age,” Redford said as per Fox News. “I wanted to prove them wrong.”

The now 83-year-old actor and director’s latest role, a cameo appearance in Avengers: Endgame was described as his ‘final film role.’

He also voiced the part of Lokia the Dolphin Monster in Omniboat: A Fast Boat Fantasia in 2020.

I had no idea that this Hollywood legend suffered such a tragedy, losing his mom at 18 years old must have been so hard.

His will to carry on and succeed despite such a loss is an inspiration. Thank you for all your wonderful work Robert Redford. Please share if you too love this screen star.