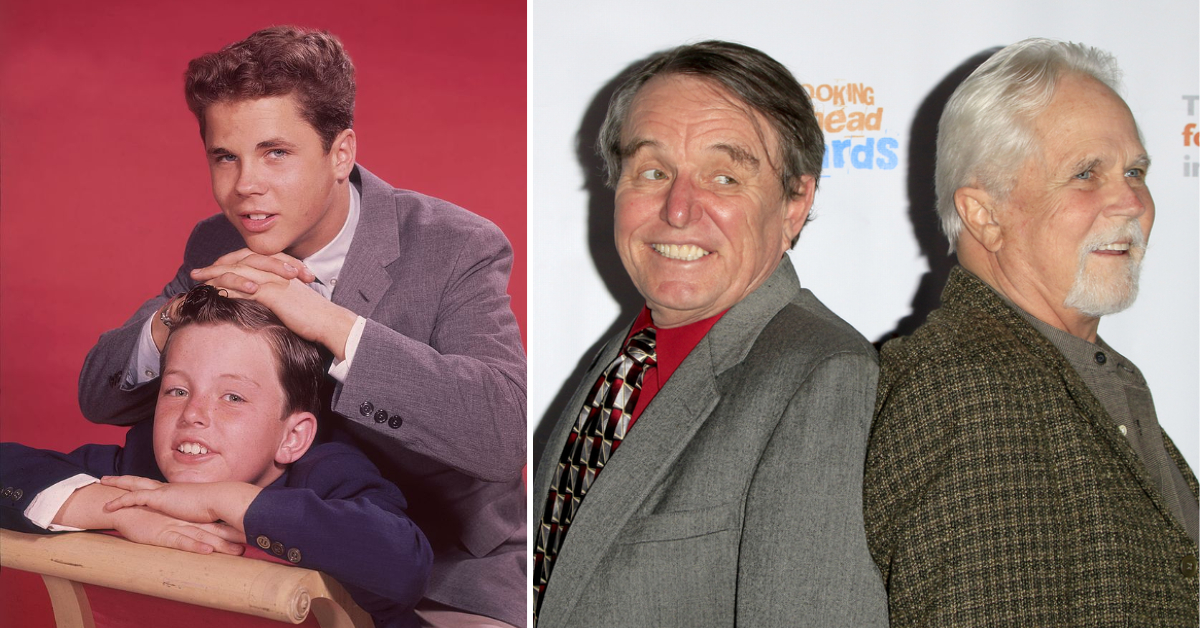 Yesterday, fans around the world said goodbye to one of TV’s all-time great older brothers: Tony Dow, who played Wally Cleaver on Leave It to Beaver, died at the age of 77.

Wally was the responsible big brother always giving some words of advice to his little brother “the Beaver,” played by Jerry Mathers.

Their relationship was at the heart of the wholesome ’50s sitcom — and Dow and Mathers formed a real-life brotherly bond as well.

‘Not only my brother on TV, but in many ways in life as well’

After Dow’s passing, Mathers, now 74, paid tribute to his late co-star and friend.

“Tony was not only my brother on TV, but in many ways in life as well,” Mathers wrote in a Facebook post. “He leaves an empty place in my heart that won’t be filled.”

“Tony was always the kindest, most generous, gentle, loving, sincere, and humble man, and it was my honor and privilege to be able to share memories together with him for 65 years. Tony was so grateful for all of the kindness and support from our fans around the world and he so much appreciated all the love.”

Beaver ran from 1957 to 1963, and both stars grew up over the course of the series. While not a huge ratings success at the time, it has become a classic TV show, remembered for its funny but wholesome depiction of ideal 1950s suburban America.

While Dow continued acting after the series ended, Mathers retired to focus on high school. He joined the United States Air Force Reserve, and rose to the rank of Sergeant.

In the late ’60s, a rumor went around saying that Mathers was killed in Vietnam, though this wasn’t true and he did not see action. Spoofing the rumor, Mathers and Dow appeared on Saturday Night Live, acting like their Beaver characters.

While neither Dow nor Mathers could ever shake the roles that made them famous, they were happy to embrace the popularity of Leave It to Beaver throughout their careers.

In 1983, they reprised their roles in a TV movie called Still the Beaver, which led to a revival series called The New Leave It to Beaver, which ran for four seasons. The revival also saw the return of previous Beaver stars Barbara Billingsley, Ken Osmond and Frank Bank.

Mathers later occasionally returned to acting, appearing in guest roles in a number of TV series, and in 2007 appeared on Broadway in the musical Hairspray.

Dow and Mathers also frequently appeared together at conventions and fan events celebrating Leave It to Beaver.

In May, Tony Dow announced that he had been diagnosed with cancer. On July 26, his management team released a statement on the actor’s Facebook page saying that he had died.

However, his family later clarified that he was still alive, but in hospice care and on his final hours. A day later, the family officially confirmed that Dow had died, at the age of 77.

“We know that the world is collectively saddened by the loss of this incredible man,” their statement reads. “He gave so much to us all and was loved by so many. One fan said it best—’It is rare when there is a person who is so universally loved like Tony.’”

“Words cannot express how much we will all feel his absence, but will cherish the memories he left to each and every one of us.”

That certainly includes Mathers, who will always remember his on-screen brother fondly: “The world may have lost a star today, but the heavens gained another,” he wrote on Facebook.

Dow’s passing means that Mathers is now the last surviving main cast member of Leave It to Beaver: Ken Osmond, who played Eddie Haskell, died in 2020. Barbara Billingsley died in 2010 at the age of 94, while Hugh Beaumont died in 1982 at 72.

We love Leave It to Beaver, and it’s great to see these two on-screen brothers had such a great relationship in real life, too.

Rest in peace to the great Tony Dow. Please share this story with your favorite memories of Leave It to Beaver.