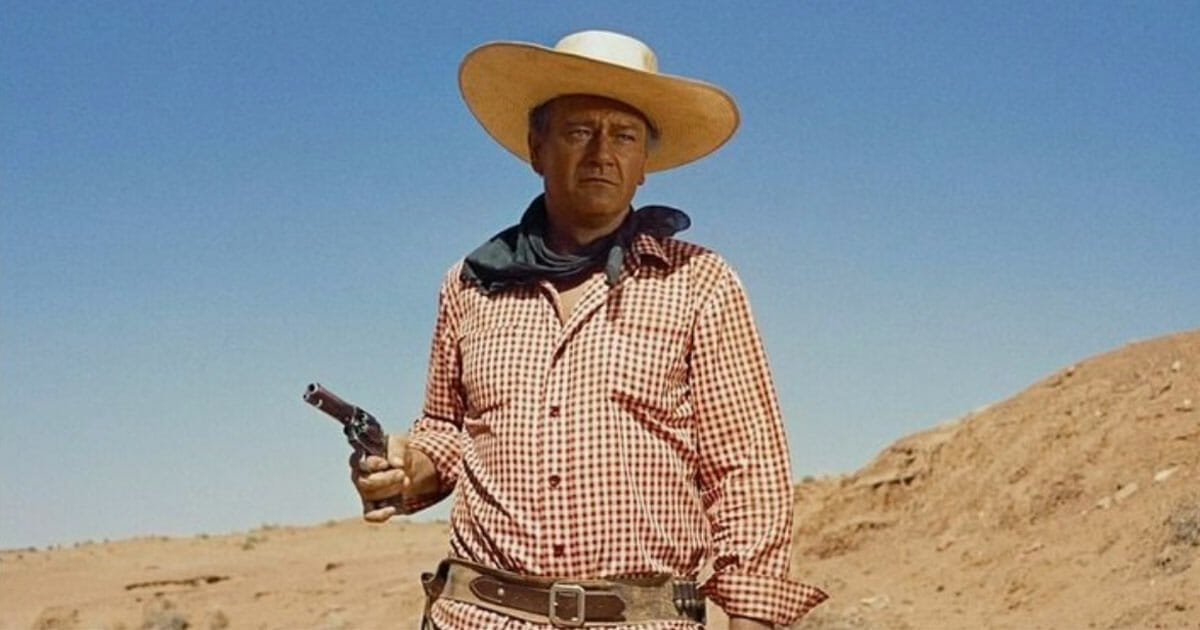 In February 2019, Matt Williams, a screenwriter, shared parts of a Playboy interview with John Wayne—the interview was from 1971.

But it did not matter what year it was from nor that John Wayne has been dead for four decades, the internet was quick to react.

In the interview, which was published in Playboy’s May 1971 issue, John Wayne, a notable conservative, was questioned about several topics. The ones that drew the most attention were the questions about race and Hollywood.

Richard Warren Lewis, who interviewed the Western movie star, asked Wayne about his opinion on the state of Hollywood. Wayne asked very frankly. He expressed his feelings on what he believed were “perverted films” that studios continuously produced.

When asked to explain what he meant by perverted films, Wayne used a homophobic slur.

“Oh, Easy Rider, Midnight Cowboy—that kind of thing. Wouldn’t you say that the wonderful love of those two men in Midnight Cowboy, a story about two f—, qualifies?” He said. “But don’t get me wrong. As far as a man and a woman is concerned, I’m awfully happy there’s a thing called sex. It’s an extra something God gave us. I see no reason why it shouldn’t be in pictures. Healthy, lusty sex is wonderful.”

Are you going to have a hard time watching his movies now?

The Academy Award winner also had a few choice words about race and his belief in white supremacy.

“I believe in white supremacy until the blacks are educated to a point of responsibility,” he said in reference to Lewis’ question about the activist and educator, Angela Davis. “I don’t believe in giving authority and positions of leadership and judgement to irresponsible people.”

"Life is tough, but it's tougher if you're stupid." ? What's your favorite #JohnWayne quote?

Many took to Twitter to defend John Wayne, citing that his opinions were the norm for the time, while others insisted that even though that may be true, it didn’t excuse him.

John Wayne was an honorary United States Marshal & only two others have been given that honor, do you know who?

In response to the viral tweet, John Wayne’s family issued a statement asking everyone to remember the actor for his work.

If you had to give an award to John Wayne for your favorite movie of his, what would it be? ? John Wayne pictured here at his home office in Newport Beach with some of the awards he received throughout the years.

The family also asked that the once celebrated actor not be judged for an interview which was published decades earlier, especially since the accused was no longer able to defend himself.

“It’s unfair to judge someone on something that was written that he said nearly 50 years ago when the person is no longer here to respond. Regardless of color, ethnicity or sexual preference, [our] father taught us to treat all people the same, with respect,” the statement read.

On set of The Searchers, John Wayne found actress, Beulah Archuletta, crying in between scenes. Duke asked why she was crying & she replied that she was going to miss her son's wedding due to the filming schedule. He stopped production for a few days & flew her out to California so she could attend the wedding ?? #JohnWayneValues

In addition to the family statement, John Wayne’s son, Ethan Wayne, called it an “injustice” to judge his father based on the interview, which he believed was being used out of context.

“They’re trying to contradict how he lived his life, and how he lived his life was who he was,” he said to CNN’s Michael Smerconish. “So, any discussion of removing his name from the airport should include the full picture of the life of John Wayne and not be based on a single outlier interview from half a century ago.”

You can read the entire Playboy interview with John Wayne here.

Even if John Wayne’s opinions were shared by many in the 1970s, his remarks should be recognized for what they were–racist and homophobic.

Whether you believe it’s right to bring up an old, controversial interview, especially when the person can’t defend themselves, share this article on Facebook and let us know your thoughts.