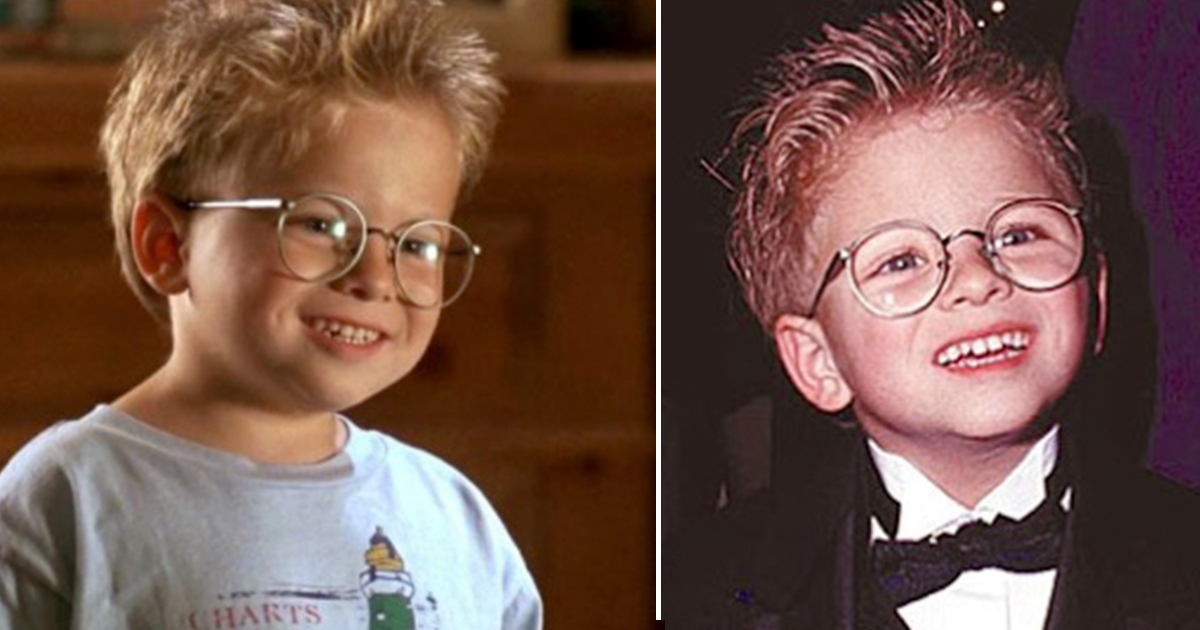 Anyone who has seen “Stuart Little” and “Jerry McGuire” probably remembers the charming little blond kid who stole the show.

Personally, I can’t believe it’s has been over 20 years since Jonathan Lipnicki got his breakthrough as Ray Boyd, the lovable boy in Jerry Maguire.

Well, plenty water has passed under the bridge and Jonathan has changed a lot – even if you still see much of what once charmed the audience.

Looking at him today, I think you’ll be pretty surprised when you see how this former child actor is doing in 2020 …

Jonathan Lipnicki was born in 1990 in Westlake Village, California, to Jewish parents. The future child star grew up in a loving home, together with his older sister, Alexis.

”It was a pretty place to grow up and I’m glad I grew up in the suburbs as opposed to the city,” Jonathan said.

But there was not much that indicate that Jonathan would become a huge movie star – neither of his parents were actors or seem to have had any connection to the entertainment industry, which is often the case when it comes to child actors in Hollywood.

”My sister was in an acting class and I gave it a try. I loved it right off the bat and started auditioning. I booked a few commercials and then Jerry Maguire,” Jonathan explains.

The road to stardom

In 1996, the movie “Jerry McGuire” premiered and that film would change Jonathan’s life forever. He was only 5 years old when filming started, and you have to assume that it was a pretty big deal for a kid to spend his days on set, with superstars like Tom Cruise and Renée Zellweger.

The film was a financial success and ended up being nominated for five Academy Awards. Jonathan played the son of Renée Zellweger, whose character Dorothy is a single mother who starts a relationship with sports agent Jerry McGuire, played by Tom Cruise.

Jonathan didn’t have a huge role, but he appeared in many emotional scenes and left a great impression on the audience. Critics also loved him – Jonathan won two awards for his role as Ray.

It’s hard to say if the shooting of “Jerry McGuire” plays a part in it – but the fact is that Jonathan lists Tom Cruise as his favorite actor, and his favorite movie is “Top Gun”.

The two still seem to keep in touch and in an interview with Access Hollywood Live, Jonathan said that he has reached out to Cruise for advice.

“A big part of his success he attributes to being on time and being polite to people and knowing people’s names,” Jonathan said.

That kid in Stuart Little

After the success of “Jerry McGuire”, the doors to Hollywood stood wide open for Jonathan. He received many offers, and appeared in several TV series, including several episodes of “Dawson’s Creek”.

But it was through the animated comedy film “Stuart Little” that Jonathan would become a widely-recognized celebrity once again. The movie targeted a younger audience, with many Millennials going to see the movie on cinema or getting it on VHS or DVD.

But no matter who watched it – regardless of age – everyone loved the little blond boy whose family adopts a talking mouse. Jonathan reprised the same role in the film’s sequel in 2002.

Without doubt, Jonathan was one of the hottest child actors of the early 00’s. He was appeared in VHS’s list of the ‘100 Greatest Kid Stars’ and also ranked number 8 on E’s ”Cutest Child Stars: All Grown Up.”

Before his 10th birthday, his movies had grossed almost three-quarters of a billion dollars at the box office.

But coping with the success wasn’t an easy task for the young star. In retrospect, Jonathan revealed that his classmates were giving him a hard time at school.

”As a kid/teen I was made fun of relentlessly by some people who are now even my friends on FB,” he wrote on his Instagram.

”I was told I was a has-been and would never book a job again. I was made to feel like garbage every day of middle school”.

What happened to Jonathan Lipnicki?

After the Stuart Little movies, Jonathan continued to appear on the big screen and starred in several films.

But after a while, he felt that he was finished with the movie industry. He wanted to take a step back from the limelight and just live a normal teenage life. He made the decision to focus on his studies and did “ordinary” things like going to the prom, playing in the water polo team and graduating with his friends.

Then, few years after graduating, Jonathan felt that he wanted to return to Hollywood and bounce back as an actor. Over the last few years, Jonathan has been keeping busy with roles in various films and TV shows including ”Monk” and ”Interns of F.I.E.L.D.”

“I love experiencing different characters and telling stories,” he said.

In his most recent project, Jonathan has the lead role in the horror movie ”Broil” (2020), where he plays the character of Sydney ’The Chef’ Lawson.

Jonathan, now 30, has enjoyed an active life outside of acting.

He is a big fan of martial arts and loves Muay Thai. Right now Jonathan practices Brazilian jiu-jitsu under jiu-jitsu practitioner and teacher Alan Zborosky. Judging from the pictures, the training seems to help, and Jonathan undeniably takes care of his body…

Back in 2001, the Juvenile Diabetes Research Foundation hailed Jonathan as one of its “Heroes of 2001” for his work with the organization.

Of course, Jonathan has earned his fair share of money over the years –mostly through his starring roles in film and television shows.

Looking at several sources online, Jonathan Lipnicki is believed to have a personal net worth of approximately $5 million.

Hopefully Jonathan has many successful years ahead of him in his acting career.

It’s not easy to become a global celebrity as a child, but I think he has handled it all well. As long as he can continue to do what he loves, I’m sure we’ll see him in some great movies in the future!