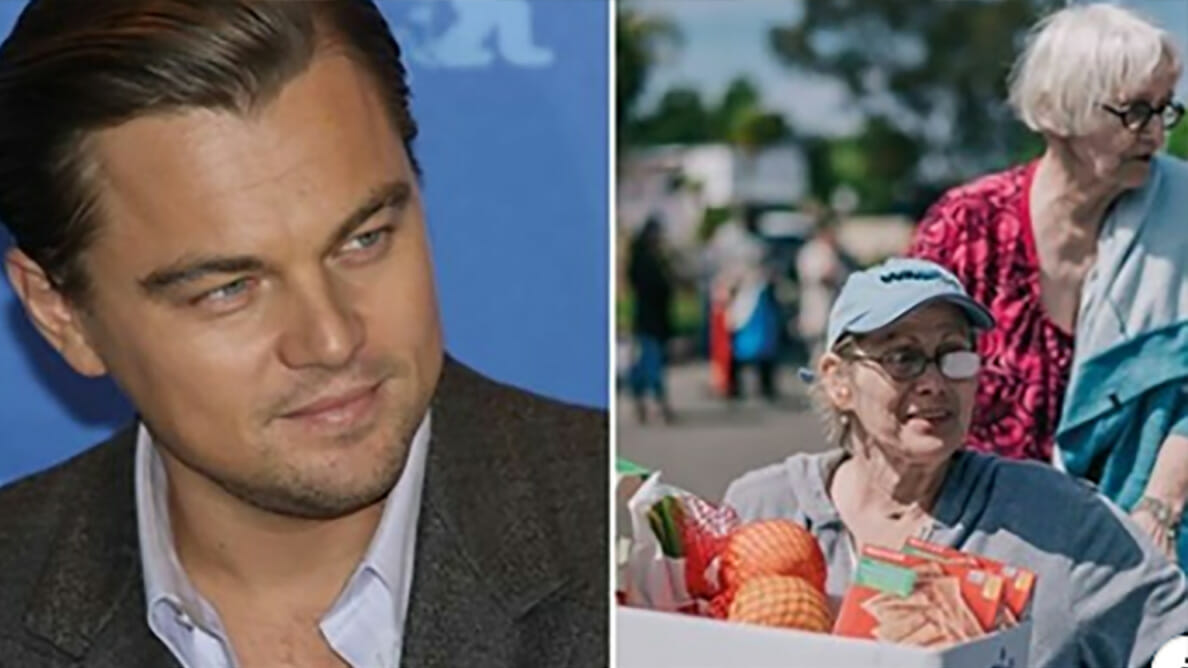 In these unprecedented times our focus has shifted to staying indoors and keeping ourselves safe during this global pandemic.

For those of us lucky enough to be able to work from home and have enough food for our families, we need to spare a thought for those people whose income has stopped overnight and are now struggling to keep a roof over their heads and food on the table.

According to the World Economic Forum, around 10 million Americans lost their job in the past two weeks, that’s an extra ten million on top of the 37 million Americans who already struggled to pay for food before the COVID-19 crisis.

Now a food fund has been launched which has already raised $13 million in three days to help feed needy Americans amid this pandemic crisis.

Led by climate change activist and Hollywood movie star Leonardo DiCaprio along with Laurene Powell Jobs and Apple, and the Ford Foundation, America’s Food Fund will help ensure that all people have reliable access to food.

America’s Food Fund raised $12.6 million in just one day, according to the World Economic Forum with big donors including Oprah Winfrey, who donated $1 million, on top of $9 million she has donated to other food charities.

Since he set up the Leonardo DiCaprio Foundation in 1998 more than $100 million has been raised for environmental causes.

Shifting his focus to needy Americans who are suffering severe hardship due to the coronavirus pandemic DiCaprio announced the new fund on his social media feeds.

“The Fund is designed to help our most vulnerable, including children who rely on school lunch programs, low-income families, the elderly, and individuals facing job disruptions,” he wrote in a Facebook post.

“100% of donations will go to Feeding America and World Central Kitchen. I understand that asking for monetary donations is challenging for many people right now, but if you are able to, please join me in donating at: GoFundMe.com/AmericasFoodFund.”

Thousands reacted with messages of support for the cause. “Your voice and gift is going to make a difference for millions of our neighbors as we face this unprecedented challenge together. Thank you 🧡” one user wrote.

“Prior to the COVID-19 pandemic, more than 37 million people struggled to know where their next meal might come from on a daily basis, a number that we are seeing rise at an exponential rate. We have an opportunity to come together to support our neighbors in this time of critical need,” according to GoFundMe.

Chef José Andrés, who set up World Central Kitchen (WCK), one of the charities set to benefit from America’s Food Fund, said the organization was prepared to make sure that food was “part of the solution.”

He added: “In times of need, a plate of food is both vital nourishment and a message of hope from the community, that we care and we’re here to make sure that tomorrow things will be better.”

Please share to thank all the heroes working to help the needy during these stressful times.