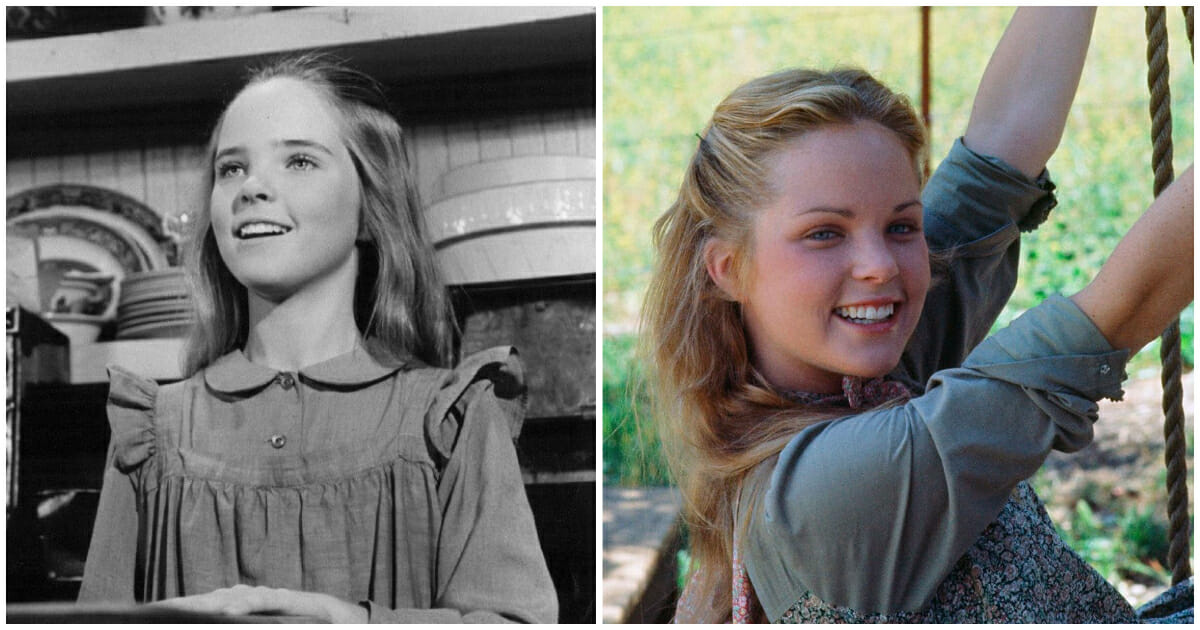 A whole generation of TV viewers fondly remembers Little House on the Prairie, the classic drama series about the adventures of the Ingalls family throughout the end of the 19th century.

With a big cast of memorable characters and performances, it’s a show that often leaves people wondering “where are they now?”

Melissa Sue Anderson, who played Mary Ingalls on the show, was one of the actors who left showbiz behind: she recently revealed why she moved away from Hollywood and left the spotlight.

Melissa Sue Anderson was born on September 26, 1962, in Berkeley, California. Growing up, she was a shy girl who preferred reading books rather than climbing trees.

But early on, people saw that the young girl with the marble-clear blue eyes had a talent for performing on stage. One of her dance teachers advised the girl’s parents to contact an agent.

Anderson, who was a straight A-student, began her career as a child actress, appearing in guests roles on sitcoms like Bewitched and The Brady Bunch, where she played Millicent, the girl who gave Bobby his first kiss.

But she got her big break, and defining role, after getting cast on Little House as Mary Ingalls, one of the central characters.

She starred in the first seven seasons and made guest appearances in the final eight season. Anderson also received a nomination for Best Lead Actress in a Drama Series.

“I’m lucky that there even was a character to play, because in the book, there isn’t much of one,” she tells me from her home in Montreal.  “Laura [Ingalls, author of the Little House novels upon which the series was based and the story was centered] was a quite older woman when she wrote the books. She was remembering the best of her life. The characters of Ma and Mary didn’t factor in a lot. There was a lot of Laura and Pa and Laura and Jack the dog and Laura and Mr. Edwards, but there wasn’t a lot of Mary. I’m fortunate that they discovered that I could act,” Anderson told Pop Entertainment in 2010.

For the young actress, who studied at high school at the time, it wasn’t easy to become one of the most famous faces in the country.

”A lot of kids at school are curious and ask inappropriate questions, like, ’How much do you make?’ That’s embarrassing. I’ll just give them a look that lets them know what I think of the question or tell them it’s none of their business,” she told Iowa City Press-Citizen in 1977.

Over the course of her career in Hollywood, Anderson earned around $1.5 million, according to Celebrity Net Worth. But during her spell at Little House, the child actress’s salary wasn’t that high.

”Everybody thinks actors make a lot of money. But we don’t. At least, not by the time we pay certain costs. Twenty-five of my pay goes into a trust fund. 10 percent to my agent and I spend a lot – too much – on my fan club which has 1,500 members. The initial cost people pay for belonging to the club is one thing, but we spend extra to send out letters, bulletins, Christmas cards. It’s publicity and everything, but it’s costing a lot. Plus, I pay my mom for coming to the set every day, because I’d hire someone to take me here and home anyway,” she said in 1977.

A big reason for its success and longevity is its cast of beloved characters, and the actors who played them, all of whom had breakout success thanks to the show.  The show made stars out of young actors like Melissa Gilbert Sue and gave veteran actor Michael Landon perhaps his defining role as the family’s “Pa,” Charles Ingalls.

The cast had such great chemistry that you’d think they were a real family, and off-screen the co-stars were a big part of each other’s lives for many years. But things weren’t always smooth between the actors.

Melissa Gilbert once spoke about what she really felt about her co-star who portrayed Mary Ingalls.

“She is hateful, horrid, mean, terrible, difficult. She hated me. She knocked me off the wagon when I was nine,” Gilbert explained.

After Prairie ended, Anderson’s biggest roles came in television films like Which Mother is Mine? and Survival of Dana.

She continued working, but like most child and teen stars, she never found such a high-profile role as she had on Little House.

”Frank Jr. stood right next to the camera and cheered me on,” Melissa said.

But according to Melissa, the alleged romance was blown out of proportion.

”He is just a very good friend,” she said.

In 1990, Melissa married television producer Michael Sloan. They have a daughter named Piper (born 1991) and a son named Griffin (born 1996).

Family life led to her making a huge life decision: becoming a Canadian citizen. The family moved to Montreal in 2002 and became naturalized citizens in 2007.

She also revealed she wanted to step away from show business as her kids were growing up, not just to spend time with them but to avoid pressuring them into becoming child stars themselves.

“I really stepped away for a long time,” she said. “That was really for the kids so they would have their own sense of who they were as opposed to being with me.”

She said that her kids now have no interest in acting, but she has stepped back into the spotlight, appearing in small TV and movie roles.

Melissa, now 60, also wrote a memoir of her experiences on Little House on the Prairie, titled The Way I See It: A Look Back at My Life on Little House.

Melissa – you still look young, and your beauty will never leave you, and most importantly, you’re a good soul!

She’s down-to-earth, modest, and realistic. She’s a real person! Not plastic/Hollywoodish and I appreciate that in actors.

It’s always fascinating to hear what the stars of our old favorite shows are up to. Glad Melissa Sue Anderson is still doing well!

Share this story with all the Little House on the Prairie fans in your life!