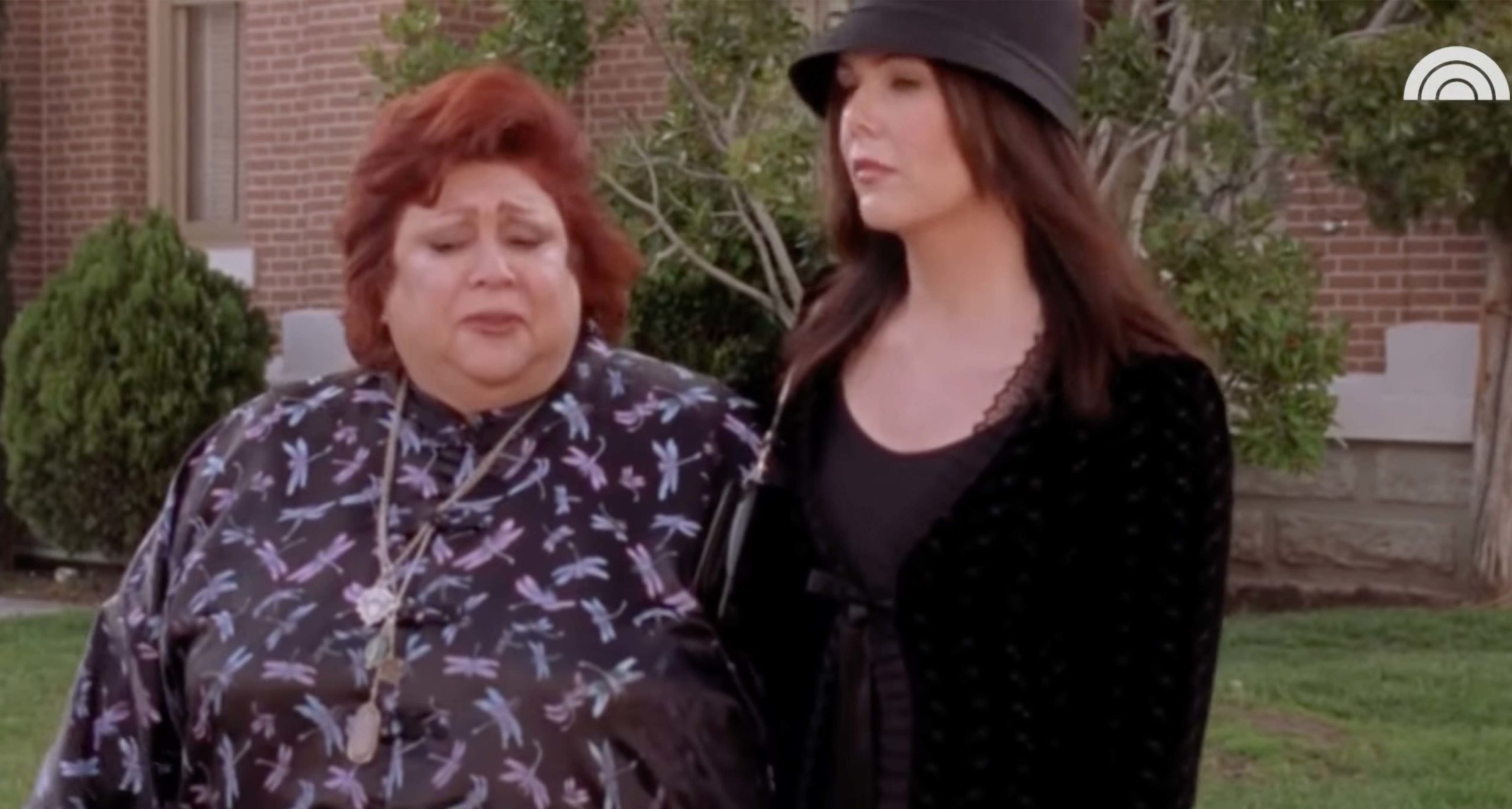 Liz Torres may have risen to fame as a comedian, but it soon became clear that she had talent beyond just telling jokes. With that in mind, it’s hardly a surprise that the New York native turned to cinema and music, becoming a class act in the process.

Today, Torres is widely known for her performance as Miss Patty on Gilmore Girls. In the last number of years, the actress has undergone a massive transformation that has seen her drop massively in weight.

This is all you need to know about Liz Torres – and what she looks like after her weight loss.

Liz Torres was born on September 27, 1947. She grew up in the Bronx, New York City, and before she found her love for show business, her mother wanted her to take her life in a whole different direction.

According to Liz, it was the worst advice she had ever been given.

“‘Be a bank teller,'” Torres recalled her mother instructing her in an interview with the Chicago Tribune. “She had a fantasy of me working in a bank. That was her immigrant dream, the ultimate goal.”

“People who knew me in high school thought I was: A strange bird. I didn’t speak English very well, and my mother was very strict,” the Puerto Rican-American added. “I always wanted to be like an American, and I never really felt like that until now, I always felt like an immigrant.”

Liz went through primary and secondary school in New York City. As she moved on into high school, her interests and dreams for the future started to form. She began to love drama classes, and performed in several productions in high school. Through this, her love for show business was born.

Initially, she wanted to become a dancer, but early arthritis prevented her from dancing to make a living.

Upon graduating, Torres got straight to work. She had become very interested in acting, though, and was talented in music as well. So Torres went to Manhattan School of Music, though she dropped out to attend NYU instead.

There, comedy became more than just an interest of hers. It was now something she wanted to do for a living.

“I was very serious about anything until an old Vaudeville-styled comic named Phil Foster, who was on the Tonight Show all the time, ran into me at a party. He said, ‘You’re very funny. You should do standup!’ I thought he was nuts. I said, ‘No, my English is not strong.’ He said, “You’re very funny. I’ll teach you how to write,” Torres recalled.

“So, he taught me how to write comedy. I wrote a little nightclub act, and he worked on it with me and took me to Improvisation in New York, which was a little nightclub. I got up and had my first laugh, and I became a laugh [prostitute].”

So, Liz had found her passion in comedy. She began auditioning at various improvisation clubs in New York City thereafter, though she was unsure about how good she was because of her limitations where the English language was concerned.

“But because I was so conscious of it, I can get a laugh out of a line that is not funny. I’m just a laugh [prostitute]. I look for laughs that don’t exist, or I create them. A lot of people don’t like that and say, ‘Don’t do that.’ They want the laugh where they want the laugh, and they don’t want anything taken away from the star,” Torres explained.

“If the star is not up to par with the part…I have worked with some very serious actors who have no sense of comedy and comedic timing. If you do something out of whack it throws them off – like getting a laugh. So, it’s a gift and a curse at the same time.”

It didn’t take long before everyone saw that Liz was hugely talented and had brilliant comedic timing.

One night, the producer of Johnny Carson’s The Tonight Show saw her perform – and invited her to audition in front of the show’s talent coordinator.

“[It was one of the most important moments in my career], absolutely. I was doing standup with improvisation, and they came in and said, ‘we want to audition some of the comics for the show,” Liz Torres recalled on the Carson podcast.

“At Rockefeller Center, they had his tiny, charming little theatre. There were five of us, and we all auditioned. The only one that made it was me.

“[The other comedians] were pissed,” she added. “You could tell the improv was a boys club.”

Start of her acting career

Liz appeared on the Tonight Show with Johnny Carson, and proved to be a success. She did not only comedy, but also some singing and even dancing.

She had one thing going for her that many other guest stars didn’t. As she was a New York native living in the city, it was always easy for the production to call her on short notice if another guest had to cancel.

“They called me in if someone didn’t show up. Everyone wanted a secure date,” Torres explained.

“I was never like that, I kept my music at the door if I’d had to run out. I would replace people all the time. If an author got stuck in a snowstorm in Idaho, they’d call me, and I was there in five minutes.”

Torres’ performances on Tonight Show didn’t go unnoticed either. She had her first role in the 1969 low-budget film Utterly Without Redeeming Social Value, where she played the role of a prostitute. After that, Liz was able to segway straight into an acting career.

Besides doing regular roles on television variety shows in the 1970s, she replaced Barbara Colby on the Mary Tyler Moore spinoff series Phyllis in 1975.

Liz went on to appear in several short-lived series while also doing work as a comedian. Then, in 1989, things started to ease up. She was nominated for a Primetime Emmy for Outstanding Guest Actress in a Comedy Series for her role as Angie in The Famous Teddy Z.

“I’ve kept myself busy by doing standup comedy, nightclubs, and guest television appearances while I’ve been waiting for one or the other to take off for 28 years now – which I consider quite a miracle!” Liz Torres told The Herald News in 1990.

“I mean, I’ve actually kept myself working….Sure there have been lean times. This business is either feast or famine, so the you are working, you have to learn to save your money to balance out the bad times.”

Of course, bad times can happen to anyone. For Liz, everything would ultimately pay off as, in 1993, she got her big breakthrough in television as Mahalia on The John Larroquette Show.

Torres was critically acclaimed for her role on the show, which she stayed on for three years and 84 episodes. Liz was also nominated for two Primetime Emmy Awards for Outstanding Supporting Actress in a Comedy Series.

In the 1990s, Liz continued working in show business, both as a voice actor and regular actor on-screen. Then, in 2000, a new generation of television viewers got to know her when she landed the role of Miss Patty in the hit show Gilmore Girls.

Starring alongside Lauren Graham, Alexis Bledel, and Torres’ longtime friend Sally Anne Struthers, she was praised for her role as Miss Patty. She stayed on the show for seven years, appearing in a total of 79 episodes.

Torres grew very close to her character, and mourned the show when it ended. She went on to get other roles in hit television shows like Ugly Betty, Desperate Housewives, and Scandal.

However, the comedian and actress would return to her favorite role when Gilmore Girls returned as a mini-series in 2016, Gilmore Girls: A Year in The Life.

“I couldn’t believe it! I had mourned Ms. Patty and I had mourned The Gilmore Girls for these eight years,” she told Starry Magazine in 2016.

“When I’m finally accepting that I’m not going to be Ms. Patty anymore (because I loved the character and it was so much fun) all of a sudden [like Al Pacino] ‘they bring me back in…’ They brought me back for two episodes and I was so happy to be on that set.”

She added that she would be open to doing more than two episodes.

Besides getting to work on one of her absolute favorite projects once again, the last number of years have been rather special for Liz personally. The Emmy-winning actress – who has been married to producer and director Peter Locke since 1975 – has lost plenty in weight. Today, the difference is jaw-dropping.

Now, we want to be absolutely clear that everyone is beautiful just the way they are. We should always treat each others with respect and empathy no matter what, as the most important thing is inner beauty, not how many of us looks from the outside.

In 1996, Liz did a Q&A with the Chicago Tribune, and answered the question “I wish I could stop” with “gaining weight.”

Liz had been noticeably overweight for a long time, and didn’t like it.

“I’m heavy. This is the reality. I don’t kick myself about it, but I don’t think I look fabulous in my clothes. I know that in my suits I look like a box walking down the street,” Torres the Los Angeles Times in 1997.

“That’s the thing that hurts me most. Thank God, there’s a product out there that you can wear that’s passable. It’s corrective dressing, but it’s not who I am and ultimately that’s very hard.”

In the same interview, Liz opened up about the effect her weight had on her career, especially since she is of Latino heritage from Puerto Rico, making working in Hollywood even more challenging.

“When you gain weight, nobody looks at you. When I got heavier–and being Hispanic on television is limiting–I played a lot of maids,” she said.

“I would go on the set and people would not look at me. They also tend not to hear you. You have to make them focus on you. If I really want to be heard, I have that command but a lot of heavy women don’t. When I see someone heavy working on television I say, “Oh, God, go, girl. You do it.” You know, it shouldn’t stop your life.”

In 2010, on the opening night of the Broadway show It Must Be Him, Torres was barely recognizable as she showed off her impressive weight loss. What’s more she’s kept the weight off. We think she looks wonderful!

Liz Torres has had an impressive career. The fact that she managed to reach her goal of losing weight is very inspiring.