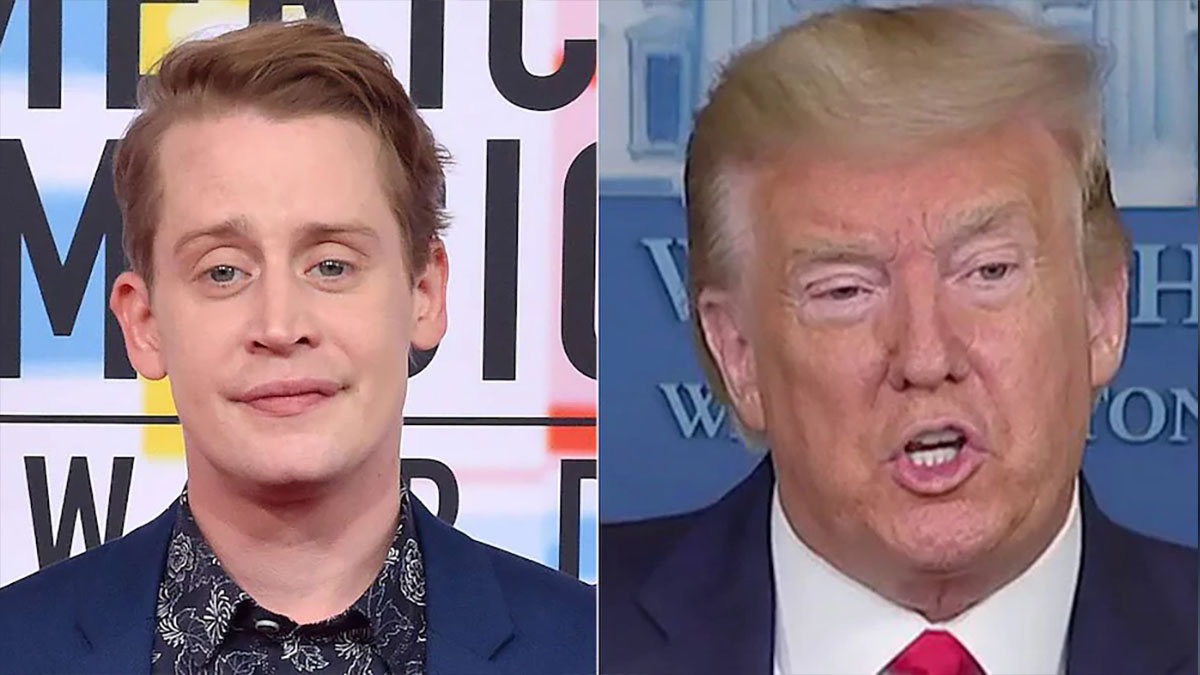 It was a moment in movie history when audiences cheered at the sight of Donald Trump making a cameo appearance in Home Alone 2.

But almost 30 years after the movie’s release there are now calls to remove him from Home Alone 2: Lost in New York in light of recent events.

President Trump is being impeached for inciting an insurrection against the government. As the only president in history to be impeached for a second time, 10 Republicans joined Democrats to back the charges.

Now it seems some want to ban him from arguably the most iconic Christmas movie and digitally replace him with 40-year-old Macaulay Culkin and Culkin supports the idea.

Responding to a tweet that read: “Petition to digitally replace Trump in Home Alone 2 with 40-year-old Macaulay Culkin.”

Replying to another tweet that showed Trump removed from the scene, he wrote: “Bravo.”

According to the movie’s director Chris Columbus, Trump “bullied” his way into the movie as they wanted to record scenes in the lobby of New York’s famous Plaza Hotel.

Trump owned the hotel at the time and although movie bosses paid the fee required to use the location Trump also stated a condition of permission was him appearing in the movie, as reported by Looper.

“So we agreed to put him in the movie and when we screened it for the first time the oddest thing happened, people cheered when Trump turned up on screen,” Columbus said, as per Looper.

“So I said to my editor, ‘Leave him in the movie, it’s a moment for the audience.’ But he did bully his way into the movie,” he added, as per the movie news site.

In the movie Kevin, played by a young Macaulay Culkin, stops Trump to ask him which way the lobby is, to which Trump replies: “Down the hall and to the left.”

One fan has even started a change.org petition urging the movie’s creators to ‘Replace Trump with Biden in Home Alone 2‘ but it has only attracted 359 signatures as of January 14.

Trump said in 2019 that it had been an “honor” to appear in the movie.

“A lot of people mention it every year, especially around Christmas. They say, especially young kids, they say, ‘I just saw you on the movie.'”

He added: “And it turned out to be a very big hit, obviously. It’s a big Christmas hit — one of the biggest. So, it’s an honor to be involved in something like that, you always like to see success.”

Do you support calls to edit the president out from Home Alone 2? Let us know in our comments page and don’t forget to share this story to find out what others think.