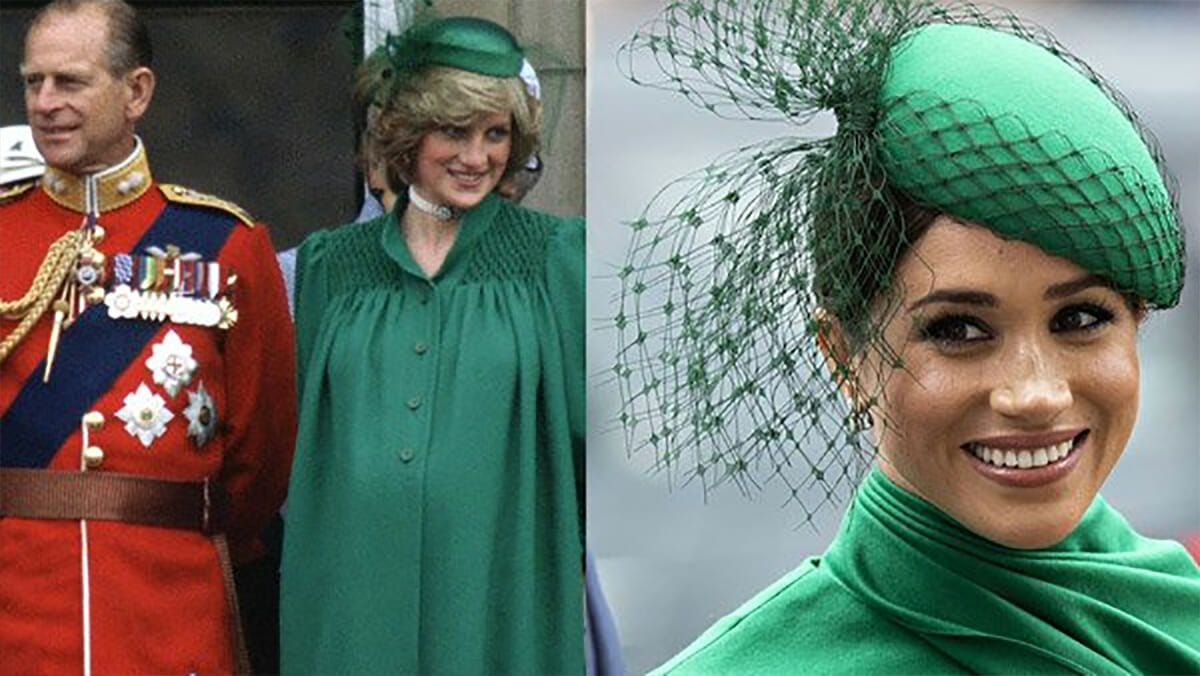 It was the end of an era for Meghan Markle and Prince Harry when they made their final appearance as royals in London.

All eyes were on the glamorous couple as they joined Queen Elizabeth and the rest of the royal family at the Commonwealth Day service at Westminster Abbey in London.

The event marked the end of their royal duties but Meghan will be perhaps be remembered on that pivotal day for another reason – her choice of outfit.

Dressed in a bright green monochrome dress by British designer Emilia Wickstead, complete with matching cape and hat, Meghan’s outfit was likened to that worn by Princess Diana for Trooping the Colour in 1982.

From April 1 the couple will transition out of their roles as senior royals with the option to return after 12 months if it doesn’t work out.

Aside from her headline-stealing outfits there was much speculation surrounding the couple not being part of the Queen’s official procession into Westminster and were instead separately escorted to their seats.

This allowed the many fans who had gathered outside more time to catch a glimpse of her gorgeous green outfit which included a mid-calf length dress, a cape and a matching green William Chambers hat, complete with a tiny hunter green bag, designed by Uruguay-born designer Gabriela Hearst.

In 1982 Princess Diana wore the same color green dress but hers was buttoned at the front and included a similar-looking hat.

Meghan may also have had Princess Diana’s trademark blue eyeliner in mind when she chose a bright blue eye shadow to complete her stunning look, which apparently broke a royal beauty rule.

The couple may be gone from royal public duties but Meghan will undoubtedly be the subject of countless photos showing off her thoughtful and stunning style for many years to come.

We’ll miss this great couple from royal life but I’m sure they will continue to devote their time to worthy causes and create many headlines in the process.

Meghan and Harry will always be royal to us! Please share with all the royal fans you know.