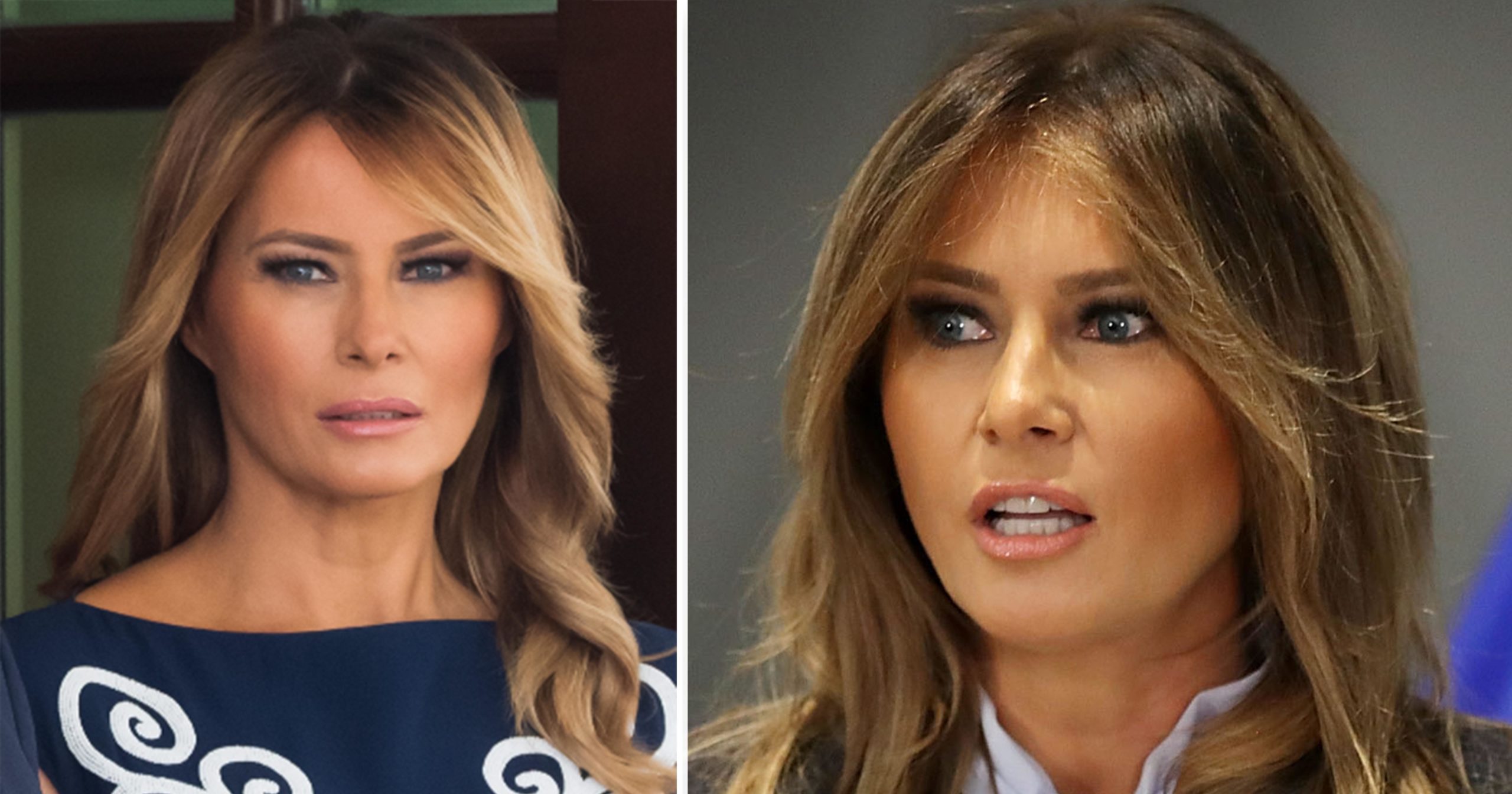 Melania Trump’s tenure as First Lady came to its end when Donald Trump lost the 2020 Presidential election. These days, Melania and her husband have moved to Florida, where their son, Barron, has started a new school.

Though it’s been several months since the Trump family left the White House, new information about their time in Washington is continuously being revealed.

Former White House aide Stephanie Grisham has written in a new book that the Secret Service had a very harsh nickname for Melania. Why? Because she always “remained in her tower, never descending.”

Melania Trump and the rest of the Trump family have left Washington D.C for Florida. It’s still rumored that Donald might wade into the Presidential election in 2024, though nothing has been concretely decided yet.

Trump’s life after the White House

For now, the Trump family is calling his Mar-a-Lago estate in Florida home. Barron Trump has started his new school, the Oxbridge Academy, where the former President’s youngest son is sure to have a great time.

A spokesperson for the private school confirmed that Barron was to enroll at the high school as part of the class of 2024.

“We look forward to welcoming him into our school and community,” the school’s Director of Advancement Scott Siegfried said, as quoted by People.

When it comes to education, Barron will also learn how to be a great friend. The school reportedly imparts lessons of kindness upon its students.

Meanwhile, what Melania Trump does during the days hasn’t been revealed. Of course, one look at her net worth makes it clear that she won’t have to work a full-time job any time soon.

Even so, she has plenty to think about, not least the fact that the Trump family have been heavily criticized following their leaving the White House, not only in the aftermath of the Capital Riot on January 6, but also regarding several other issues.

Grisham – who also worked in the First Lady’s office – gives plenty of new details about Donald Trump, Melania, and the rest of the Trump family in her memoir, I’ll Take Your Questions Now.

Grisham recalled one specific moment when Trump went absolutely mad at his wife.

On her way to a migrant housing facility in Texas, Melania had worn a jacket with the text “I REALLY DON’T CARE, DO U?”

Grisham writes that she didn’t notice the message on Melania’s jacket. At the time, Trump and his administration were under heavy criticism due to their policy of separating migrant children from their family members.

Melania’s visit was seen as a good opportunity for the administration to form a better image of the issue. In the end, they actually abandoned the program.

When Melania came back from Texas, the President was furious. Donald Trump is said to have summoned his wife to the Oval Office and yelled at her over the wearing of the tasteless jacket.

Melania later spoke about the jacket in an interview with CNN.

This is not the tidbit of gossip regarding Melania that Grisham dropped. As per her memoir, it also appeared that some of the staff working for the Secret Service in the White House didn’t quite like their First Lady’s approach to the job.

The First Lady’s office is located in the East Wing and is a part of the Executive Office of the President. However, it turns out that Melania wasn’t really happy with the place.

Grisham claims – as reported by CNN – that she only saw Melania at the office suite “a handful of times” during her four-year tenure at the White House.

“Mrs. Trump was working from home long before the country was,” Grisham said, making reference to the Covid-19 pandemic.

“When warranted, we would have in-person meetings, but those generally took place in the Map Room across from the elevators to the residence. There we would plan out schedules, respond to pressing queries, and discuss goals. Other than that, the first lady kept to her rooms in the residence.”

Instead of being at the First Lady’s office in the East Wing, Melania Trump spent much of her time in the executive resident. Grisham writes that her staff rarely heard from her before 10 a.m most days, and instead, she focused on “self-care” which included many hours of sleep.

“She believed that relaxation was central to one’s beauty regimen, as were, of course, spa treatments and facials.”

The Secret Service even gave her the nickname Rapunzel, because “she remained in her tower, never descending.”

In Grisham’s memoir, Ivanka Trump and her husband Jared Kushner get plenty of criticism as well. The Washington Post writes that she’s “particularly negative” about the couple, with several incidents being described in I’ll Take Your Questions Now. One has to do with Ivanka Trump and none other than Queen Elizabeth of England.

As reported by the Washington Post, Ivanka and Jared Kushner tried to push their way into a meeting with Queen Elizabeth during a presidential visit.

According to Grisham, she and her husband wanted to join Donald Trump and Melania Trump at the meeting, which is a serious breach of protocol regarding a state visit. However, due to capacity in the helicopter, the two were shut out.

Ivanka and her husband held senior positions within the White House staff, despite the fact they had no government experience before Trump took office.

Grisham further reveals in her book that Ivanka frequently mentioned “my father” during staff meetings, adding that First Lady Melania and other White House staff referred to her as “the Princess.”

She also labeled Kushner “the Slim Reaper”, claiming that he included himself in other people’s projects several times, only to then leave and let them take the blame.

“I had shared with Mrs. Trump many times my opinion that if we lost reelection in 2020 it would be because of Jared,” she writes. “She didn’t disagree with me.”

Of course, not all have been happy about the claims made in Grisham’s book. President Trump himself slammed her and her claims ahead of its release.

In a statement to The Hill, Trump said that his former press secretary “didn’t have what it takes and that was obvious from the beginning.”

So what will happen to Donald Trump in the future? Well, sources close to the former President have both confirmed and denied that he will run for President again in 2024.

If Donald Trump did run for President, that would mean Melania becoming First Lady again. However, it seems that she’s made her mind up and doesn’t wish to be First Lady at all.

According to CNN sources, Melania has already told several friends that she doesn’t intend to become First Lady for a second time – she’s done with living in the White House and instead wants a more private life.

“Being first lady again is not what she wants,” one person close to the Trump family told CNN back in September.

What do you make of this? Do you think Melania Trump was a great First Lady or not? And do you think she will follow her husband to the White House if he’s elected President, or just stay out of the spotlight?