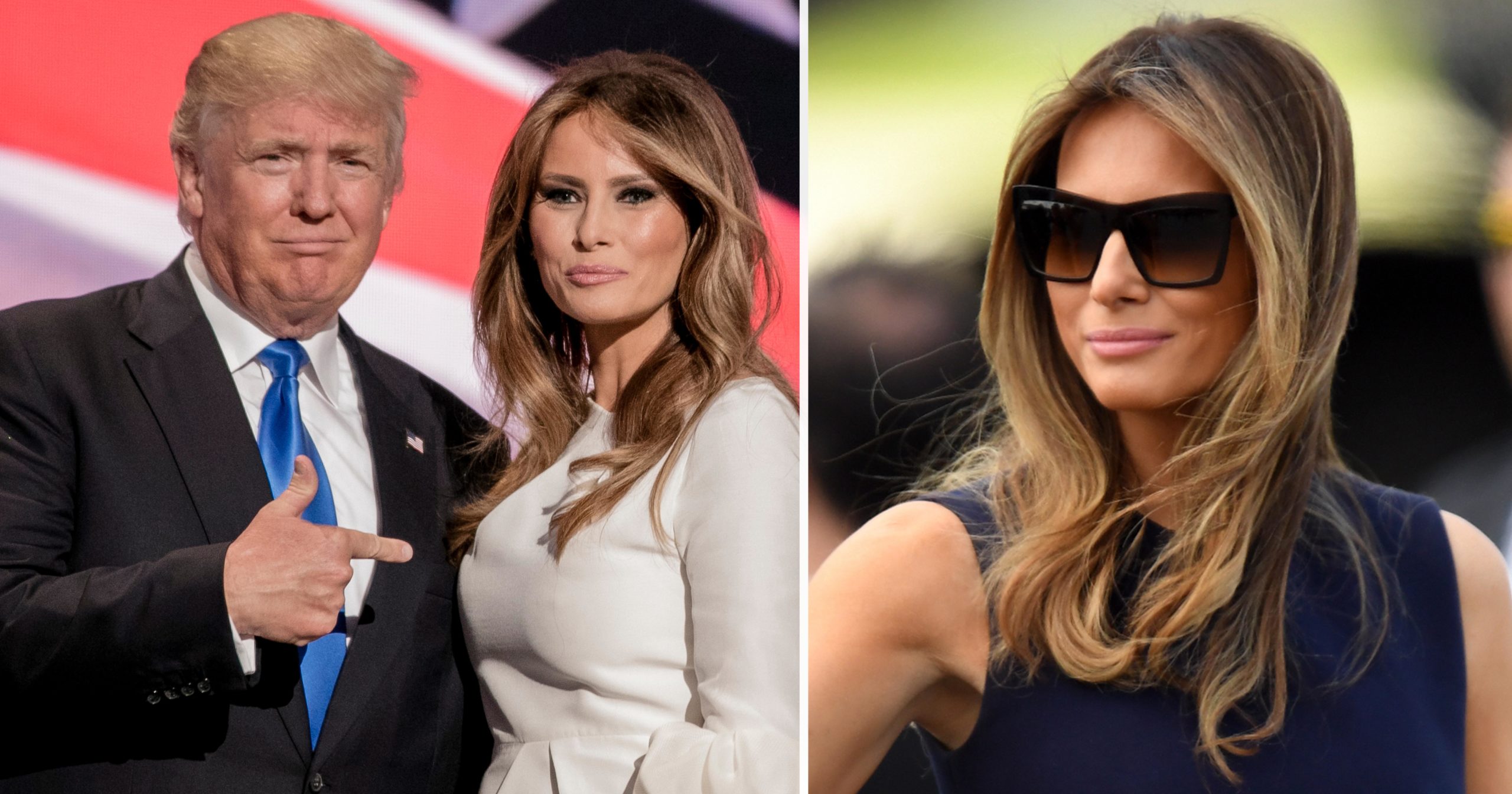 Melania Trump has lived a very interesting life. She started out as a model in her home country of Slovenia, but after moving to New York to seek work, her life a another turn.

Meeting Donald Trump meant leaving the apartment she shared with her model friends for a huge mansion inside Trump Tower where she and Donald started their own family.

It’s fair to say that Melania Trump hasn’t been plagued by any financial issues over the past number of years, with her husband being one of the richest real estate moguls in the world.

But just how much money does she really have? Here’s all you need to know!

We’ll start way back at the beginning, more specifically 1987, when Melania Trump came into contact with the modeling business for the first time. She dropped out of her studies at the University of Ljubljana after only a year, and instead decided to pursue her dream of being a model. She first hired a photographer to put together a portfolio for her.

A year later, at the age of 18, she signed with a modeling agency in Milan. She spent a couple of years doing modeling work in both Milan and Paris, and she was doing very well.

At this point, Melania wanted to advance in her career. She then came into contact with wealthy Italian businessman Paolo Zampolli, who set her up with a modeling contract, as well as a work visa for her to travel to the US.

“I came here for my career, and I did so well, I moved here,” Melania told Harper’s Bazaar. “It never crossed my mind to stay here without papers. That is just the person you are. You follow the rules. You follow the law. Every few months you need to fly back to Europe and stamp your visa.

After moving to the US, Melania had the world at her feet. Even though she was considered “old” for a model – at 26 years of age – she used it to her advantage and worked for tobacco companies. Her face was soon all over Times Square in a commercial for cigarettes. At the same time, she designed and sewed clothes for herself and her friends.

The aforesaid Paolo Zampolli realized that Melania wasn’t really into partying. However, it was at that kind of event where one met fashion photographers and other people in the business who could help one move forward in their career.

It was to one of these events at the Kit Kat Club during New York Fashion Week in 1998 that Zampolli had invited a good friend of his: a businessman named Donald Trump.

The wealthy real-estate mogul had just divorced his second wife Marla Maples and came to the event with a date. However, when he saw Melania, he wanted to get to know her instead.

When they first met, though, Melania was not interested at all.

Eventually, Donald and Melania started a relationship. The couple broke up several times, before patching things up and moving in together in 2001. Melania got her green card around the same time and was living at Trump’s penthouse in the Trump Tower on Manhattan.

Melania was the one closest to Barron as he grew up. Donald worked a lot and explained to Larry King in 2005 that he was a fairly hands-off parent.

At the same time, Melania made sure that Barron and his dad got their father-son time as well.

At the time, Donald had made a fortune in real estate. He became a billionaire, and as a result, it’s fair to say that Melania didn’t need to work if she didn’t want to.

Of course, having that amount of money didn’t necessarily mean that Melania was going to just sit inside and do nothing. She didn’t go back to modeling, but remained in the industry. Over the years, she’s been involved in fashion businesses, more particularly jewelry.

Melania has had rights reserved for her name for over a decade, and has had a very successful jewelry line with retail brand QVC.

According to SCMP, Melania’s watch and jewelry collection ranged between $30 and $200. The former First Lady usually sold her collection by appearing on the QVC television channel.

In 2016, Donald and Melania moved into the White House when the real estate mogul was sworn in as the 45th President of the United States. Even though she became the First Lady, however, Melania continued to make her own money.

Meanwhile, as per the White House financial disclosure filing in May 2016, the company made between $15,000 and $50,000 in royalties each year. Her other company, Melania Marks Accessories LLC, is said to have a value of around $1,000.

At the same time as Melania made her own money while at the White House, she was also involved in several charities.

In 2018, the then-First Lady launched the Be Best program, aimed at promoting physical and emotional wellbeing among children.

“Social media can both positively and negatively affect our children. But too often, it is used in negative ways,” she said at the time of the Be Best launch. “When children learn positive online behaviors early on, social media can be used in productive ways.

“I do believe that children should be both seen and heard, and it is our responsibility as adults to educate and remind them that when they are using their voices – whether verbally or online – they must choose their words wisely and speak with respect and compassion.”

Melania has also been involved in several other causes, including the Martha Graham Dance Company, The American Red Cross, Love Our Children USA, and the Police Athletic League.

Now, it’s known that Donald Trump is wealthy. Very wealthy, actually. According to Forbes, the former President is worth around $2.5 billion, as of April 2021.

So how much is Melania Trump worth? Well, of course, since she and Donald are married, she has access to his money. According to Yahoo, though, Melania herself has a net worth of around $50 million.

Doesn’t want to return to the White House

So what is Melania doing now?

The latest reports state that Donald Trump might run for President in 2024. The former First Lady, however, is said not to be interested in returning to the White House at all, according to CNN sources.

Instead, she wants a more private life.

“Being First Lady again is not what she wants,” one person close to the Trump family told CNN.

Melania Trump has done really well for herself after moving to the US from her home country of Slovenia on her own.

Please, share this article on Facebook with friends and family if you’re a fan of the Trumps, and more particularly Melania!