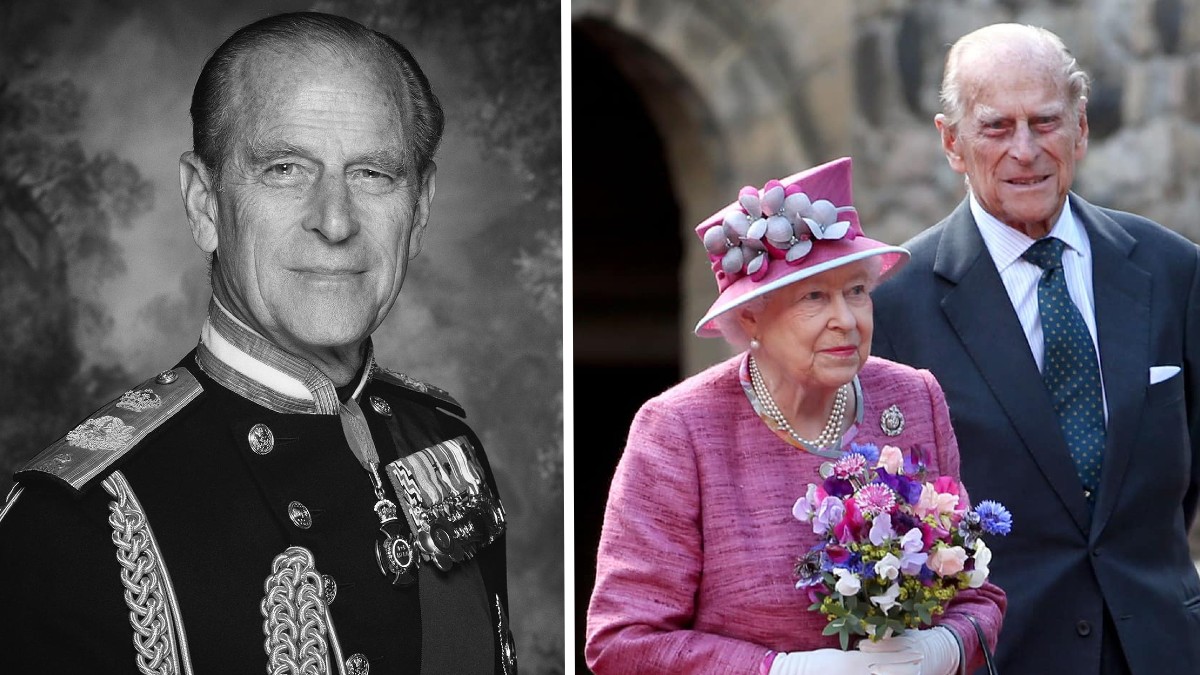 Marrying into a family can be difficult for anyone, but it can be especially difficult when that family is the British royal family.

Queen Elizabeth II and Prince Philip spent more than seven decades together, and while on the outside it looked like a picture perfect relationship, Prince Philip, who came from Greek and Danish royal families, didn’t always feel like he fit in.

The couple first met in July 1939 at the Royal Naval College, shortly before World War II.

At the time, Philip, who was born in Greece but exiled along with his family when he was only 18 months, had recently entered the Royal Navy.

Elizabeth, who was only 13 at the time, was smitten by the 18-year-old naval cadet. At first the two only saw each other when Philip was on leave, but after the war, Philip accepted a job at an officers’ school in England and the two were able to spend more time together.

By 1946, their romance had blossomed and Philip had asked the King for his daughter’s hand in marriage. He agreed, but as long as the two waited until Elizabeth turned 21.

While Elizabeth loved Philip, there were others surrounding the royal family who were a little unsure about welcoming a new person into their family.

“Life at court was very frustrating for him at first. It was very stuffy,” Lord Brabourne, a relative of Philips, said, according to Ingrid Seward in her book, My Husband and I: The Inside Story of the Royal Marriage.

“Tommy Lascelles [private secretary to the King] was impossible. They were bloody to him. They patronized him. They treated him as an outsider. It wasn’t much fun,” she wrote.

“He laughed it off, of course, but it must have hurt. I’m not sure Princess Elizabeth noticed it. She probably didn’t see it.”

Despite the less-than warm welcome from courtiers, Philip couldn’t wait to marry Elizabeth. But in order to do so, he needed to give up his own royal titles and become a naturalized British citizen.

He changed his name to Philip Mountbatten, a German surname that didn’t sit well with many Britons. Elizabeth herself refused to take her new husband’s name.

The war was still fresh in many people’s minds. While he didn’t use his surname later in his life, it would become an issue when he and Elizabeth had children.

Philip had assumed he would have a long and illustrious career with the Royal Navy, however in 1951 while on leave he was needed to help with royal duties as King George VI was ill.

Mike Parker, an old friend from the Navy, said Philip’s first years as a consort were “bloody difficult.”

“Philip was constantly being squashed, snubbed, ticked off, rapped over the knuckles. It was intolerable.”

He was constantly being excluded from duties that only the Queen was supposedly qualified for.

He went from being the head of Clarence House, where he and then-Princess Elizabeth lived, to taking a back seat at Buckingham Palace.

“People used to come to me and ask me what to do,” he said, according to Express. “In 1952, the whole thing changed, very, very quickly.”

On November 14, 1948, Elizabeth gave birth to the couple’s first child, Charles Philip Arthur George, Prince of Wales. As is custom, Philip expected to pass on his surname to his first-born son, however he was not allowed.

He was reported saying, “I am the only man in the country not allowed to give his name to his children. I’m nothing but a bloody amoeba.”

It wasn’t until the couple’s third child, Andrew Albert Christian Edward, Duke of York, who was born on February 19 1960, that Philip was allowed to use his surname.

On February 8, 1960, the Queen issued an order stating that all of the couple’s male descendants who did not have royal status would use Mountbatten-Windsor as their surname.

The name change was something that had previously “deeply hurt him,” according to Countess Mountbatten.

“He had given up everything and now this, the final insult. It was a terrible blow… It upset him very deeply and left him feeling unsettled and unhappy for a long while.”

So now it seemed like the wounds were beginning to heal.

Despite Philip having to give up his life and taking a back seat to his wife, Elizabeth recognized his commitment to their relationship.

During their golden anniversary in 1997, she said:

He is someone who doesn’t take easily to compliments but he has, quite simply, been my strength and stay all these years, and I, and his whole family, and this and many other countries, owe him a debt greater than he would ever claim, or we shall ever know.

As time went on, one would think those within and close to the royal family would treat new members better.

But that was not the case.

Although Princess Diana won over the public, she did not win over the entire royal family.

Richard Kay, a royal expert, shared in a documentary titled Diana in Her Own Words, that she felt unwelcome during the holidays.

“I remember her telling me the first occasion she went, the Queen Mother has sort of looked at her, raised her eyebrow and said, ‘I didn’t think we’d see you again.'”

In the beginning, Diana was able to turn to Philip for support, however their relationship suffered after she spoke about her strained relationship with Charles.

Meghan Markle, an American born to an African American mother and a white father, also had a similar experience shortly after she began dating Prince Philip’s grandson, Prince Harry.

While many rumors flooded the internet over the course of their relationship, Meghan and Harry, who formerly split with the royal family, recently sat down with Oprah to set the record straight.

The couple revealed that some members of the royal family were concerned about the color of their son Archie’s skin tone.

Meghan also shared how when she felt at her lowest point, a point at which she considered suicide, she was refused help.

While Harry admitted there were times he found himself ashamed to reach out and get help for his wife, in the end he decided it was in everyone’s best interest to step back from the royal family.

“For me, I’m just really relieved and happy to be sitting here talking to you with my wife by my side, because I can’t begin to imagine what it must have been like for her going through this process by herself,” he told Oprah.

It’s sad to see that the royal family’s treatment of those who aren’t like them hasn’t changed over the years.

Perhaps after Philip’s death and Meghan and Harry stepping away from their royal duties things will change. Only time will tell.