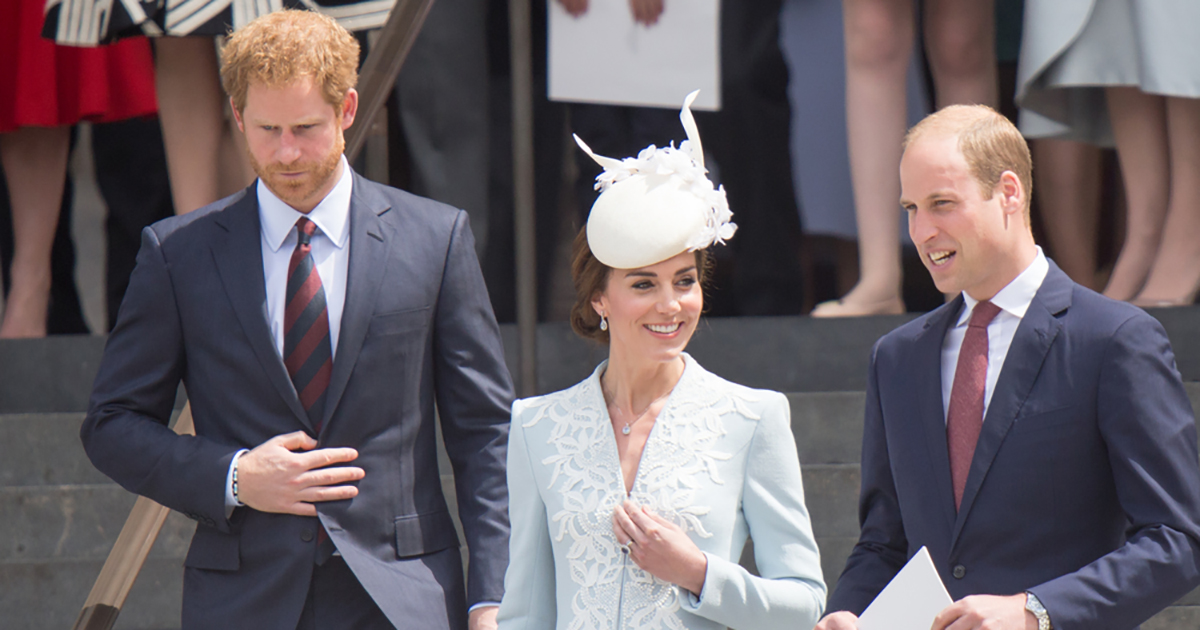 Prince Harry and Prince William‘s brotherhood must be one of the strongest in the whole world given what they were forced to endure at such a young age.

No child should lose their mother the way William and Harry did – she was ripped away from her boys when they were just 15 and 12 respectively.

The heartbreaking pictures of them walking behind Diana’s casket in the funeral procession is a sight I’ll never forget.

But despite the terrible tragedy, the boys have now grown up to be strong, independent men who continue to further their mom’s legacy in a very impressive way.

Princess Diana loved her boys above all else – but that didn’t stop her from longing for a daughter. Now, that never happened, but Harry and William did eventually get a sister – a sister that many never heard of…

The Royal Family is virtually always in the spotlight. Recently, there’s been huge focus on Meghan Markle and Prince Harry’s decision to officially step down from royal duties and stop using their titles.

With that in mind, there is one member of the royal family who has managed to stay away from the cameras and tabloids: William and Harry’s unknown step-sister, Laura Lopes. Some claim that she’s the “secret” sister of the brothers. At the very least she can be considered a low-key step-sister.

Laura Lopes is the stepdaughter of Prince Charles and the biological daughter of Charles’s second wife, Camilla Parker Bowles.

Born in 1978 in Swindon, England, her biological father is the retired British Army officer Andrew Parker Bowles – the ex-husband of Camilla, now Duchess of Cornwall.

Camilla and Andrew married in 1973 and had two children together, Tom and Laura. The couple divorced in 1995, just one year prior to Prince Charles and Princess Diana’s infamous divorce.

After Diana’s tragic death, it wasn’t long before Charles and Camilla moved in together.

When the Prince of Wales and Camilla got married in 2005, Laura came along and the families became even more closely linked.

By all accounts, Laura Lopes had a privileged upbringing. Unsurprising, really, given that she was born into a family that had age-old connections to the royal family.

Prince Charles was also named godfather to Laura’s brother Tom, many years before Charles and Camilla became a couple. In other words, the royal family and the Parker Bowles family have been good friends for a long time and moved in the same, aristocratic circles.

As a young girl, Laura grew up in Bolehyde Manor in Allington. She later moved to the famous Middlewick House in Corsham (today, it’s the home of Pink Floyd drummer Nick Mason).

Because her father was a Catholic, both Laura and her brother Tom were raised as Roman Catholics. Laura got her education at the Catholic girls’ boarding school in Dorset and later attended Oxford Brookes University, where she studied History of Art and Marketing.

When Laura was 17, her parents divorced. It was speculated that her father had many extramarital affairs during the marriage – some of them with Camilla’s close friends, according to the author Penny Junor.

At the same time, the romance between Camilla and Prince Charles was perhaps the world’s worst kept secret. Speculations had been rife for a good many years before they got married in 2005. In fact, Prince Charles was deeply in love with Camilla even before she married her first husband in July 1973, if the rumours are to be believed.

According to royal reporter Katie Nicholl, author of the book “William and Harry: Behind the Palace Walls”, Camilla’s children had a hard time when the tabloids wrote about the romance.

According to Nicholl, Laura was “teased mercilessly” by kids at school for her mom’s relationship with the Prince of Wales. And it seems like Laura Lopes didn’t get along with her royal step-father in the beginning.

“When Charles telephoned Camilla at the family home in Wiltshire, Laura would pick up an extension and shout down the receiver, ‘Why don’t you stop calling Mummy and leave our family alone,’” Nicholl wrote in her book.

Laura is also said to have quarreled with her step-brother, Prince William. As with many children who find themselves involuntarily pushed together, friction arose.

“William and Laura used to have terrible fights over who was to blame for their broken homes,” Nicholl wrote.

“William would blame Camilla for all the hurt she had caused his mother, which would send Laura into a rage. Laura was not having any of it. She would take a hard line and fire back at William, ‘Your father has ruined my life.'”

Thankfully, the fights seem to be over these days – both William and Harry are now said to have a good relationship with their step-sister.

Laura still lives a rather secluded life, but from time to time she appears alongside the royal family. For example, Laura was a guest when Prince Harry’s married Meghan Markle in 2018.

She was also present for Prince William’s wedding in 2011. Her young daughter, Eliza Lopes, was a bridesmaid – a very nice gesture that brought the two families together in a beautiful way.

But it was also a stressful time for Laura.

“It’s incredibly nerve-racking … Not for Eliza – she’s too young to really understand – but I’m terrified she will get half-way down the aisle and then go, ‘I need a poo,'” Laura told The Telegraph prior to the high-profile wedding.

Laura is married to aristocrat and chartered accountant Harry Lopes. Together, the couple have three children. Daughter Eliza was born in 2008 and the following year Laura gave birth to twin boys named Gus and Louis.

When Laura and Harry tied the knot in 2006, in an English countryside wedding, Laura wore a wedding dress designed by Anna Valentina – the same designer who created Camilla’s dress when she married Prince Charles in 2005.

Both her stepbrothers were present among the 500 guests gathered at St Cyriacs Church, an 11th-century Anglican church in Lacock, Wiltshire.

“William and [then-girlfriend] Kate [Middleton] flew in from their holiday in Mustique, while Harry jetted back from Cape Town where he’d been staying with then-girlfriend Chelsy Davy,” according to Hello!.

As mentioned, Laura has managed to live a surprisingly private live and remained relatively out of the searing spotlight that follows the royal family.

“We’re the common children. We’re just on the side … My mother married into it. She’s part of it,” Tom Parker Bowles said in 2019.

Before settling down, Laura, now 42, used to work as Tatler ’s motoring correspondent. She’s very interested in art and in 2005 she became co-founding partner and gallery director of London’s Eleven Gallery.

Laura currently works as an art curator, according to Daily Express.

I must say that I was happy to read how well these families seem to get along. There seems to have been some drama over the years and it has probably not been as easy for the kids (it never is in divorces).

But the most important thing is that everyone is doing well today and can live their lives as they choose.