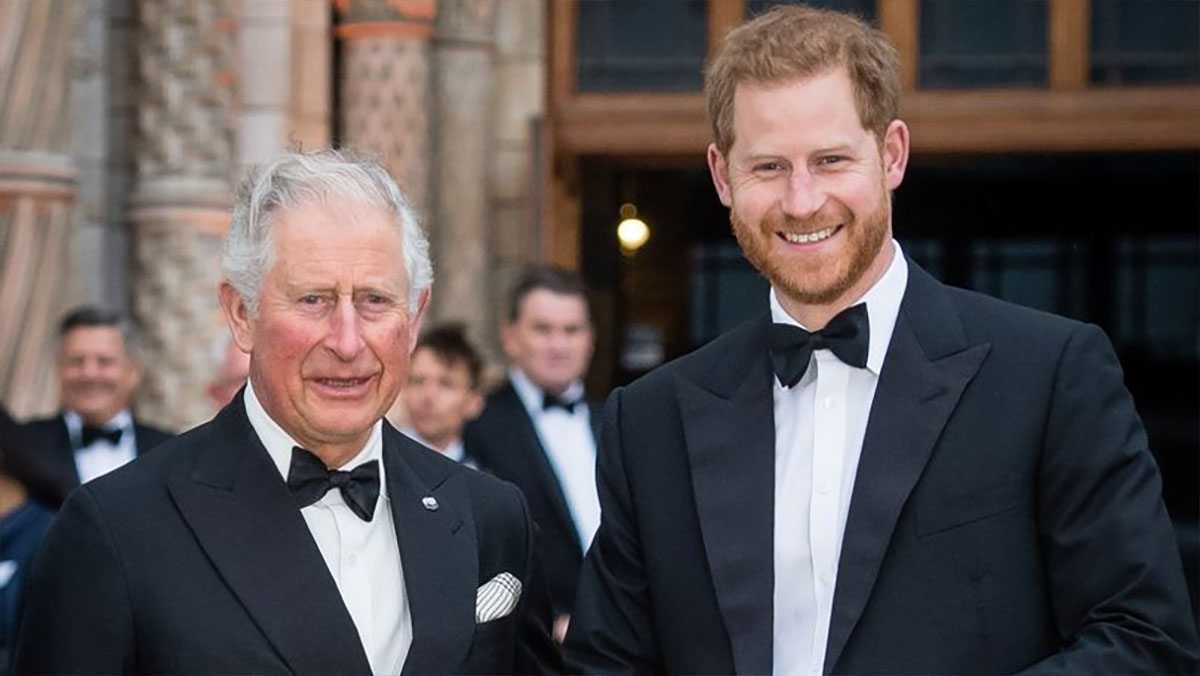 Among the many shocking revelations that emerged from Meghan and Harry’s interview with Oprah was the allegation that Harry’s father Prince Charles had cut him off financially following their exit as senior royals last year.

It didn’t stand out as the most significant claim by the couple in the two-hour interview, but Harry did say the consequence of his father “cutting him off” was the implication that their security went and Harry, Meghan, and Archie were left without protection.

“My family literally cut me off financially, and I had to afford security for us,” he said, adding: “I’ve got what my mum left me, and without that, we would not have been able to do this,” he told Oprah.

But now new information has come to light that Prince Charles carried on sending a “substantial sum” of money to the Duke and Duchess of Sussex in the months following their departure.

The couple announced on January 8 2020 that they would be stepping back as senior members of the royal family and divide their time between the U.K. and North America, becoming financially independent.

Just over 12 months later the couple said they wouldn’t be returning to the U.K. to continue their roles as senior royals.

They lived in Canada for two months before moving to California and stayed in a home belonging to Tyler Perry, who also reportedly provided them with a security team.

But according to Prince Charles’ financial accounts he provided a combined funding of $6.2 million (£4.5 million) to his sons Harry and William, though no details of how that money was split are available.

The financial accounts of Clarence House, the London residence of Prince Charles and his wife Camilla, show that Harry and Meghan were still listed as receiving money from Charles’ Duchy of Cornwall income, despite quitting the monarchy in March last year.

In the financial year after the Duke and Duchess stopped being senior royals, the funding bill – plus other expenditure including Charles’s capital expenditure and transfer to reserves – dropped by around £1.2 million, as reported by British newspaper the Metro.

A Clarence House spokesperson described Harry and Meghan’s exit from the working royal family as “a matter of enormous sadness to the family.”

He added: “As we’ll all remember in January 2020 when the duke and duchess announced that they were going to move away from the working royal family, the duke said that they would work towards becoming financially independent.

“The Prince of Wales allocated a substantial sum to support them with this transition.

“That funding ceased in the summer of last year. The couple are now financially independent.”

Harry and Meghan signed multimillion-pound deals with Netflix to produce documentaries and with streaming giant Spotify to produce and host podcasts through their audio production company Archewell Audio.

The Clarence House spokesperson added: “I betray no confidence when I say they’ve been very successful in becoming financially independent.”

Harry’s allegation in his interview with Oprah that his father “cut him off” was said to have “enormously hurt” his father Prince Charles.

“Charles was quite upset at the suggestion he had cut Harry off. Initially he didn’t and he went on to provide for some time, but there was a point when Charles decided enough was enough. The bank of dad couldn’t keep handing out indefinitely,” a source told Vanity Fair.

It seems this family has continuous obstacles to overcome before relationships can be rebuilt, and we can never know what really goes on behind the scenes.

I hope now that a new grandchild has arrived these obstacles can be overcome for the sake of Meghan and Harry’s children who deserve a relationship with their grandparents. Share this story if you agree!