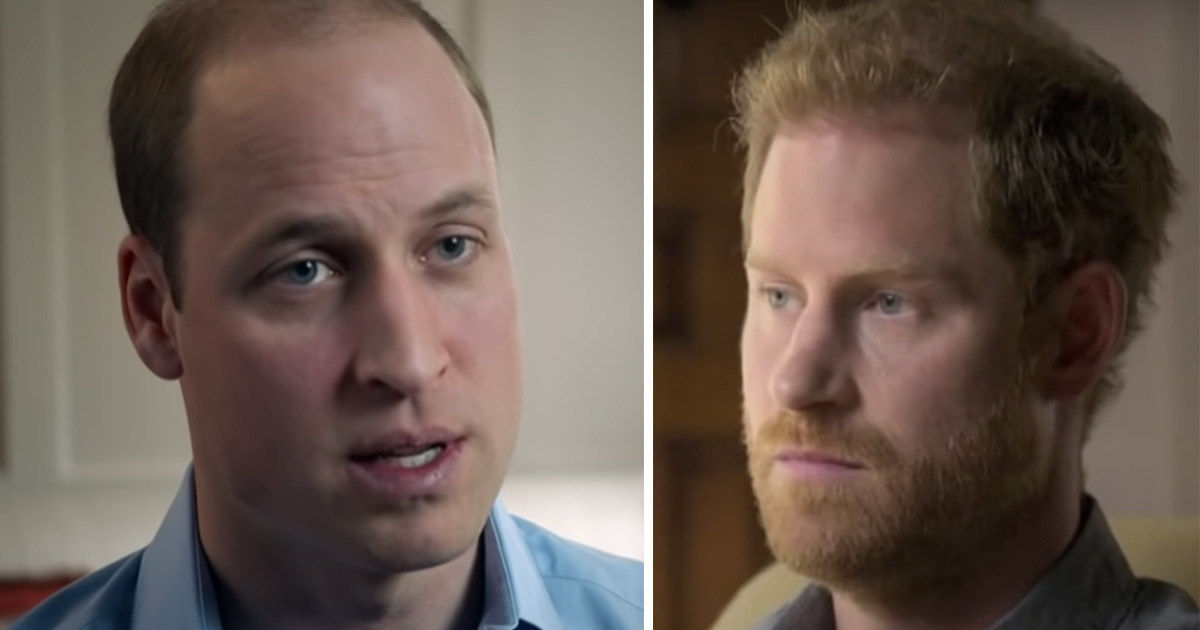 There’s hardly been a calm moment for Prince Harry, Meghan Markle and the rest of the Royal Family in the last couple of months.

The funeral for Prince Philip was emotional for all Royal Family members. But it was also a time in which Harry and his brother William were expected to try and reunite following several turbulent months of iciness.

Things didn’t get better, though, and now Harry’s once again spoken out, this time criticizing royal life in general, as well as his father, Prince Charles.

According to royal expert Nick Bullen, William has been left totally shocked about the things Harry has said over the last few weeks.

Harry and William have been best friends forever. Growing up, the two had to go through the painful trauma of losing their mother Diana, but still, it likely helped that they had each other to lean on and share the sorrow.

In short, William and Harry’s relationship was not always as strained as it is today. In fact, they have been two very loving brothers, bonded together through tragedy. When they were very young, their mother Diana passed away, and that was an ordeal no one but them will ever truly fathom.

In 2017, on the 20th anniversary of Diana’s passing, the two brothers got together and talked about their mother.

Growing up within the Royal Family must be a very unique thing. Sure, there will never be a shortage of money, but at the same time, it’s a life of duties and responsibilities.

Just how much of a ‘normal’ childhood William and Harry had with their mother is hard to tell. But now, an old letter written by Princess Diana has surfaced.

In the letter, we’re given a very short, but beautiful glimpse of what William and Harry’s childhood was like. Not only that, but also the very special childhood bond between the two.

The letter from Diana was written in March of 1985, just six months after the birth of her youngest son, Harry.

The letter, written by Princess Diana to a former steward at Buckingham Palace, Cyril Dickman, were sold at auction in Cambridge in 2017.

Harry and William were at the centre of the Royal Family growing up. They always had each other to rely on, and both served in the military.

Harry served in the Army for more than ten years, attaining the rank of Captain and serving two tours in Afghanistan.

But in 2016, everything changed when Harry started dating Meghan Markle.

In the beginning of their relationship, it really seemed that William and Meghan were getting along quite well. Even though Meghan had “prepared herself for a grilling” from William before the two met, she looked like she would be a great match for Harry’s family.

That William & Kate and Meghan & Harry would be two couples spending a lot of time together during the course of their lives serving the Crown, was expected.

But no sooner did Harry and Meghan decide to leave the Royal Family in what became bombshell news, did Harry and William’s relationship start to fade.

Then, the Oprah Winfrey interview earlier this year changed everything. William and several other members of the Royal Family turned their backs on Harry after he and Meghan made several controversial claims.

Harry and William barely spoke with one another, but many thought their relationship could be salvaged as the brothers reunited for their grandfather Philip’s funeral. Yet instead of forging peace, Harry left the UK with very mixed emotions.

On one hand, he felt ambushed by his brother and father after they tried to force him into a meeting. On the other, he was left emotionally torn over the fact that he and Meghan had left the royal family for good.

The couple have started their civilian careers in the US, and are now appearing in more interviews. A couple of weeks age, Harry made an appearance on the Armchair Expert podcast. He spoke openly about his personal struggles and seeing a therapist, as well as shared his thoughts on his own upbringing.

At the same time as stating that he places no blame on his father, Harry said Charles handed down a “cycle” of “genetic pain and suffering”.

“There’s a lot of genetic pain and suffering that gets passed on anyway, as parents we should be doing the most that we can to try and say ‘you know what that happened to me, I’m going to make sure that doesn’t happen to you.’”

Further, Harry revealed how he actually wanted to leave the Royal Family in his early 20s. A lot had to do with how he saw his mother Princess Diana treated before her death.

Harry added that he started therapy because it “it was like the bubble was burst”.

Harry’s latest interview seems to have caused more problems with his family in the UK. According to royal expert Nick Bullen, Prince William was “shocked by the amount of things that his brother has said over the last few weeks”.

Bullen told US Magazine that Prince William is likely to want “the relationship repaired” between himself and Harry. However, their brotherly dynamic was “different” from the one between a father and his son.

“I’m sure the Royal Family and the various royal households just want a moment of calm and are saying, ‘Let’s not have any more headlines’,” Bullen said. “‘Let’s just have a period when no one’s speaking’.”

During his podcast appearance, Harry called royal life a “mix between The Truman Show and living in a zoo”. His father, Prince Charles, was very disappointed with his son speaking so openly about the family, and didn’t appreciate the claims made against them in the Oprah interview.

But even though Charles is said to be ready to ditch Harry and Meghanfrom the Royal Family – mainly to cut costs – he’s now said to be determined to have the couple return to the royal sphere.

A royal source told the Daily Mail: “The Prince of Wales knows he didn’t always succeed as a father, but he tried his absolute best.

“Harry has been hurting since he was a little boy. It’s not an easy situation,” the source added. “But Prince Charles would much rather his son be by his side”.

Prince Charles is next in line to inherit the throne. Even though he’s very disappointed in Harry for doing the Oprah interview, he wants to make amends with his son in order to protect the monarchy, the Daily Mail source claims.

“An ongoing battle with Harry and Meghan in California is not conducive to that. At the end of the day, above everything else, family always comes first,” the source told the paper.

“The Prince of Wales would like to find a way to make Harry and Meghan included again, even though that is likely to take many years.”

Meghan and Harry are currently preparing for the birth of their second child, due later this summer. The couple celebrated son Archie’s birthday just weeks ago, and at the same time have several other projects going.

In early April, Harry and Meghan announced their first Netflix series. The show, called Heart of Invictus will be produced by their Archewell Productions company. It will follow competitors as they prepare themselves for the 2022 Invictus games.

The competition is an international sporting event for wounded, injured and sick servicemen and women, both veterans and those still serving now. Prince Harry was actually the initiator of the games, which were staged for the first time in 2014.

Not only that, but Harry and Oprah Winfrey have joined forces in a new documentary series about mental health. In early released footage, Harry can be seen speaking about Meghan’s mental health problems during her pregnancy with Archie, which were really tough.

We sincerely hope that Harry and Meghan soon will be reunited with the Royal Family in peace. In the meantime, we wish them all the best of luck with their new projects.

Do you think Harry and Meghan will be a part of the Royal Family in the future? Or do you believe they will stay out of it? Give us your opinions in the comment section.