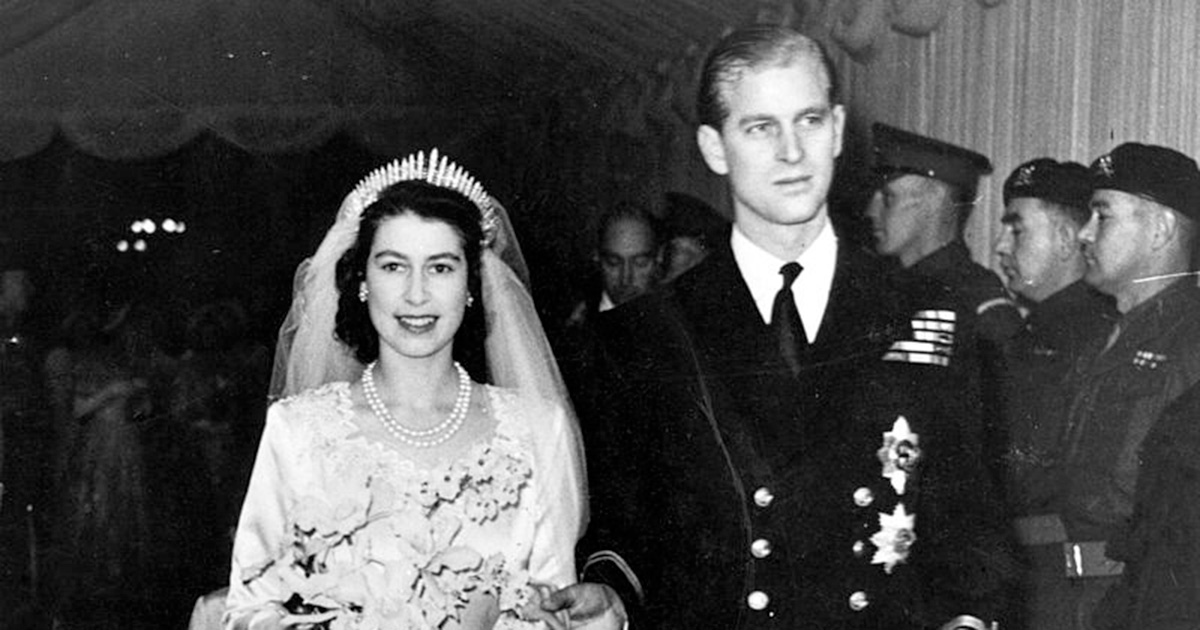 People around the world continue to mourn Queen Elizabeth II, the beloved UK monarch who died on Thursday at the age of 96. She reigned for 70 years, longer than any other king or queen in UK history.

Her decades of public service oversaw many of the most important historical events of the 20th and 21st centuries. She began royal duties as the nation was in the throes of World War II.

During those dark hours, Elizabeth showed solidarity with the people of the UK through their struggles and fears. In one memorable example, the monarch paid for her wedding dress using wartime ration coupons.

Wedding dress paid for with coupons

The future queen, who was then known as Princess Elizabeth, married her husband Philip Mountbatten in November 1947, just two years after the end of World War II.

Their wedding would attract unprecedented media attention — but because the UK was still reeling from the war, King George VI was cautioned to keep things relatively simple, according to British Heritage.

In the years after the war, rationing was still in effect in the UK. Goods like food, gasoline and clothing had to be purchased with ration coupons to account for shortages.

So when Elizabeth bought a dress for her big day, she had to follow the same rules as everyone else, and saved up ration coupons to pay for her gown.

This isn’t to say that Elizabeth was struggling to save, the way many people were at the time. Certainly, no one in the royal family ever wants for money. And the government reportedly did allow her some extra coupons for her big day.

Still, the fact that she saved her coupons to buy the dress shows an effort to stand in solidarity with the people of the UK at the time. She didn’t ask for special treatment or an exemption to the government’s rationing rule, even though she was the future queen.

And it made a big impact on people — so much so that women actually sent the princess their own ration coupons to help pay for the dress. They were always returned to their sender — transferring ration coupons was not allowed — but it showed the public’s support for the bride-to-be.

“It showed how people wanted to be involved,” Lady Pamela Hicks, a bridal attendant at the wedding, told People recently.

It took quite a bit of saving: Elizabeth’s dress was primarily made of satin, which was very difficult to obtain at the time.

However, it all paid off, as Elizabeth’s wedding dress turned out to be one of her most iconic looks.

After Princess Elizabeth secured the materials with her coupons, designer Norman Hartnell got to work.

According to Royal Collection Trust, he was inspired by Botticelli’s painting of Primavera. The dress was made from duchesse satin and featured a 13-foot embroidered silk tulle full court train. It was embroidered with diamante flowers, and 10,000 pearls sent from America. The dress was meant to symbolize Britain’s rebirth after World War II.

To top it off, Elizabeth wore a tiara borrowed from her mother, Queen Elizabeth, The Queen Mother.

The tiara reportedly broke shortly before the ceremony, but a jeweler was on hand to fix it just in time.

“With her bridal dress and tiara on her wedding day, she was a knockout,” Lady Pamela told People.

The wedding itself attracted unprecedented attention from the public. It was the first royal wedding in which cameras and recording equipment were widely used, and the couple’s big day truly reached the world.

Like so many of the extravagant royal weddings that would follow over the next few decades, it was comparable to a fairy tale. Seeing the glamorous young couple — the future Queen and her consort — tie the knot at Westminster Abbey was truly a spectacle to behold.

But their wedding was also a special moment because, for England, it was the first major celebration since the end of World War II. While the UK was still struggling, it gave them something to cheer for.

And of course, it was also the beginning of a royal love story like no other. Queen Elizabeth and Prince Philip were married for 73 years, longer than any royal couple in history.

Queen Elizabeth II was a leader through so much of UK’s history, in good times and bad. The story of her wedding in the aftermath of World War II is a reminder of what kind of person she was and the impact she had on the nation.