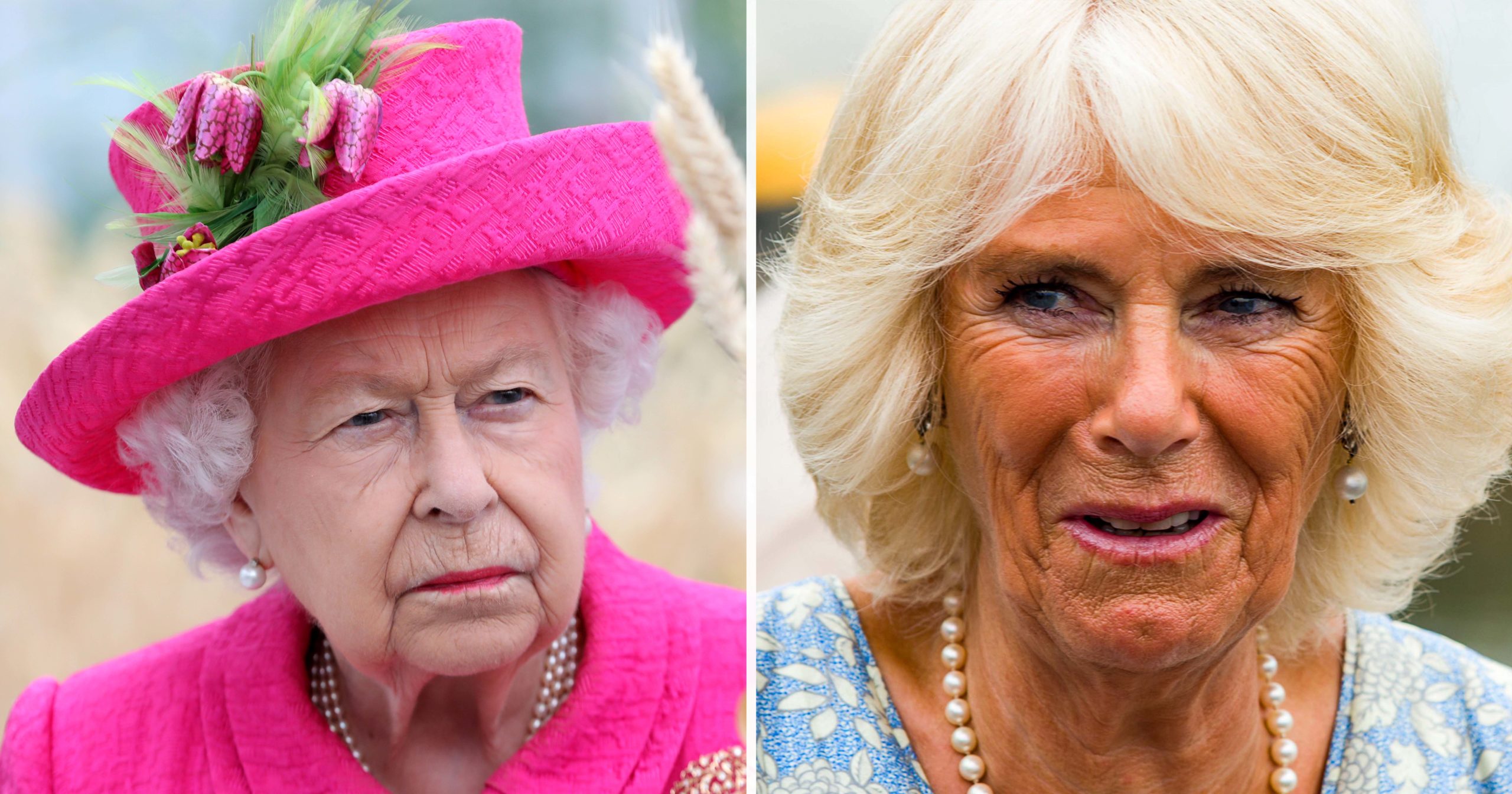 The love story between Prince Charles and Camilla Parker Bowles certainly had its ups and downs over the years. The two were widely speculated to have engaged in an affair when Charles was yet married to Princess Diana. Then, in 2005, they themselves tied the knot.

At first, however, it looks like Camilla wasn’t accepted by the Royal Family. At least not by Queen Elizabeth.

According to author and journalist Tom Bower, the Queen was furious about Charles’ lies concerning his relationship – and once even called Camilla a “wicked woman”.

It’s safe to say the British Royal Family has endured a couple of very rough years. Firstly, Meghan Markle and Harry decided to leave The Firm, with their appearance on Oprah Winfrey in February sparking rage among the remaining members.

Moreover, Queen Elizabeth’s husband, Prince Philip, passed away in April, leaving her and the whole of Britain deep in sorrow.

Following the passing of Philip, many experts believed that the Queen would begin the process of stepping down from many of her duties. If latest reports are to be believed, it seems like that is indeed the case due to the Queen’s health.

In mid October, Buckingham Palace released a statement confirming that the Queen had canceled a planned trip to Northern Ireland trip due to health reasons.

“The Queen has reluctantly accepted medical advice to rest for the next few days,” a Buckingham Palace spokesman said at the time.

“Her Majesty is in good spirits and is disappointed that she will no longer be able to visit Northern Ireland, where she had been due to undertake a series of engagements today and tomorrow.

“The Queen sends her warmest good wishes to the people of Northern Ireland, and looks forward to visiting in the future.”

Queen Elizabeth was then hospitalized for “preliminary investigations”. Buckingham Palace announced that she had been warned by doctors that she needed to rest for two more weeks. Reports claimed that she was to continue with “light, desk-based duties”, but besides that not do anything that might put her health at further risk.

With the Queen’s ongoing health in mind, many of her family members are expected to step up their game in order to help out.

In an interview with Express, royal expert Jonathan Sacerdoti argued that the Queen will continue to pass on duties to other members of the Royal Family. This is mostly due to her advanced age, but also to prepare them to grow into their respective roles, especially where Princes Charles and William are considered.

“It is clear the Queen is feeling some effects of her age. She is somebody who has dedicated a tremendous amount of time and energy to her service as the monarch,” he said.

“Now she is handing some of it over to family but that is not necessarily new. She has been doing this for some time, spreading out the work more across the family.”

He added: “I think the Queen has been spreading the load a bit to Prince Charles and Prince William and even to Princess Anne and I think that will carry on. I don’t think we should read too much into what engagements the Queen gives to whom.”

“The fact of the matter is Prince Charles is the person next in line and has also got many years of experience behind him.”

The ‘handing over’ of duties also includes some that will be given to Prince Charles’ wife, Camilla Parker Bowles. She’s very much grown into an important figure in the royal circle over the past decade, though, a per new reports, it turns out that she and Elizabeth’s relationship didn’t get off to a good start.

The reality is that Camilla’s entrance into the Royal Family was more than just a tad controversial.

Prince Charles and Diana Spencer met in 1980, and soon after started dating. Only one year passed before Charles proposed, and in 1981 the couple announced their engagement.

The wedding of Prince Charles and Diana took place on July 29, 1981 at St Paul’s Cathedral in London. At a first glance, it looked like the couple were truly happy.

However, it didn’t take long before a storm arose. A few short years after the wedding, Charles engaged in an affair with the aforementioned Camilla.

According to Prince Charles’ authorized biography, as quoted by Town & Country, their affair started in 1986. At that time, Charles was still married to Princess Diana, and she found out about it.

“I know what’s going on between you and Charles and I just want you to know that,” Camilla recalled Diana saying, as quoted by Town & Country.

Things continued as normal, at least from the public’s perspective. But it didn’t take long before Charles and Diana’s fairytale life was history. In 1992, the couple announced their separation, though both continued with their official royal duties. Four years later, in August of 1996, they reached a final agreement for the divorce.

Besides getting a generous settlement, Diana was handed the right to retain her apartment at Kensington Palace, as well as her “Princess of Wales” title. She did, however, agree to give up her title of “Royal Highness”, as well as any future claim to the throne.

In November of 1995, Diana appeared in a televised interview with Martin Bashir and spoke about her marriage. When asked about Camilla and if she was a factor in the breakdown of the marriage, Diana answered: “Well, there were three of us in this marriage, so it was a bit crowded.”

The public had a hard time accepting that Charles and Diana had divorced. Another who reportedly felt the same way was Queen Elizabeth.

In 2018, investigative author and journalist Tom Bower claimed that at first, the Queen didn’t want any interaction with Camilla at all.

“For years, both the Queen and her mother had refused to have anything to do with Charles’ mistress,” he said.

“Not only did they not want her present at any royal function, either formal or informal; they actively disapproved of her, and of Charles’ relationship with her.”

In 2017, Camilla spoke out about the time when her and Charles’s affair found its way to the media.

“I couldn’t really go anywhere… It was horrid. It was a deeply unpleasant time and I wouldn’t want to put my worst enemy through it. I couldn’t have survived it without my family,” she said.

Though it was harsh at the time, these days she tries not to listen to critics.

“You also have to laugh at yourself because if you can’t, you may as well give up. I sometimes think to myself, ‘Who is this woman? It can’t possibly be me.’ And that’s really how you survive.”

In 1997, a terrible tragedy occurred with the passing of Princess Diana. At the time, as reported by The Guardian, there was an ongoing campaign to “introduce” Charles and Camilla’s relationship to the public. This was promptly abandoned in the wake of Diana’s death.

Instead, Prince Charles and Camilla continued to steadily build up their image as a couple. Camilla even met Prince William in 1998. Still, Queen Elizabeth did not want any part of it. She even declined to attend Charles’s 50th birthday party because Camilla would be there.

At one point it all became too much for Charles. As per author and journalist Tom Bower, he confronted his mother at Balmoral Castle.

The Queen, however, was of a different mind. She is said to have lashed out at Charles with a seven-word reply that left him in shock.

Charles was reportedly furious with his mother’s comments about. Accounts insist he stormed out and “tearfully” phoned Camilla.

As the years went by, though, Camilla gradually took on a bigger role within the Royal Family. The Queen’s official approval was yet needed, but in 2000 she actually attended a 60th birthday party for the King of Greece, doing so in the knowledge that Camilla would be there.

In 2005, the couple married. As of today, Charles and Camilla have proven their devotion to one another beyond any doubt. Though it’s been a tough ride, it “also appears that the Queen’s opinion has shifted for the better as well.”

“The Queen gets on very well with Camilla. She didn’t really understand, and was probably guilty of believing what she might not have read, but had been told.”

We wish Queen Elizabeth a healthy recovery and hope that she will soon be back in good spirits.

Who do you think would be best to take the English throne after the Queen? Charles or William? Give us your opinion in the comment section.