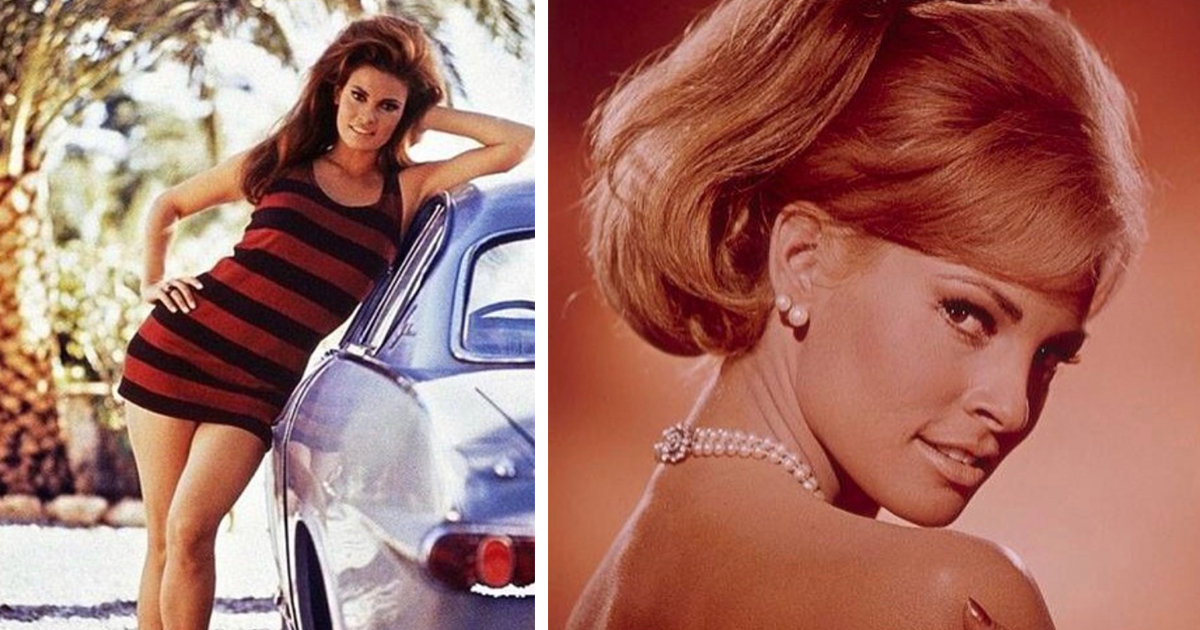 She is considered one of the world’s greatest beauties ever, a Hollywood icon and a sex symbol of her generation in the ‘60s.

Raquel Welch was born in 1940 as Jo Raquel Tejada. Her father was a Bolivian-born engineer and her mother of English descent.

Welch came from a family with proud traditions – her grandfather was a famous architect and her cousin, Lidia Guelier Tejada, wrote history when she became the first female president of Bolivia, serving from 1979 to 1980.

At a young age, Welch focused on her ballet training, but she was told by her coach that she didn’t have the “right figure” to succeed.

But Welch was successful on another level – she won a lot of beauty contests. She began her career as a beauty queen at the age of 14 and later became Miss San Diego.

“I was happiest in fantasy,” she told Rolling Stone in 1974.

“I wasn’t good at dealing with reality… I wanted a storybook life, to be Rapunzel and Cinderella and Sleeping Beauty, all the beautiful ladies that wonderful men came along on their big white horses and dragged away. Which is not remarkable, a lot of kids grow up that way. But I decided it was gonna happen. ”

At age 18, she married her high school sweetheart, James Welch. The couple had two children but divorced in 1961.

After the breakup, Welch moved to Texas with her two young children, Damon (born 1959) and Tahnee (born 1961).

But life there didn’t turn out as she had hoped. She was struggling to make ends meet, but Welch wasn’t going to give up.

Her dream and ambition of becoming a movie star was still there and in 1963, she relocated to Hollywood. There she met press agent Patrick Curtis and fell in love. He later became both her manager and husband.

Meeting Curtis had a very big impact on Welch’s future. To begin with, he took his wife on a publicity tour in Europe, where he promoted her main assets – a curvy figure and a sensual face.

The result was quite astonishing – without having made a single movie, Welch suddenly became something of a star. Curtis then made sure that his wife got some smaller roles in several film, including Elvis Presley’s film Roustabout (1964).

The audience already had their eyes on Welch a year before, when she made a big impression as a cave girl in One Million Years B.C.

“I had made another movie which was a big step up for me (Fantastic Voyage),” she said during an interview with the Sunday Post in 2018. That “should have been released before One Million Years B.C., but the special effects delayed it, so I was the dinosaur lady first and the science lady second,” Welch said.

Welch only had 3 lines in her iconic performance as a cave girl in One Million Years B.C., but not many people remember them.

“I had no other credentials as an actress outside of that one laughable line of dialogue: ‘Me Loana… You Tumak.’ It felt like I’d stumbled into a booby trap – pun intended. I’m a living proof that a picture speaks a thousand words,” Welch said.

During the ’70s, Welch appeared in several movies and she also got her own television program called Raquel!, featuring song and dance numbers and guest appearances by Bob Hope, John Wayne, and Tom Jones.

In the 1980s, she published a book and videos on exercise and yoga.

She also launched a successful series of wigs.

But the image of her as a gorgeous bombshell became the most enduring image of Welch.

In 2013, she came in second place when Men’s Health listed the Hottest Women of All Time. Welch was only beaten by Jennifer Aniston.

She met many men and married 4 times.

Unfortunately, none of her relationships lasted very long. Reflecting on her marriages, she told Piers Morgan last year:

“I had real feelings for all of those men.”

“At the time I thought I was legitimately in love and that we could make a great life together, but it was not in the cards.”

The last decade, Welch served as an inspiration for other, younger divas in Hollywood.

A few years ago, Kim Kardashian posed in a Welch-inspired bikini during a photo shoot. And model Emily Ratajowski sent a nod to Welch via a cavewoman look during an episode of Jimmy Kimmel Live!.