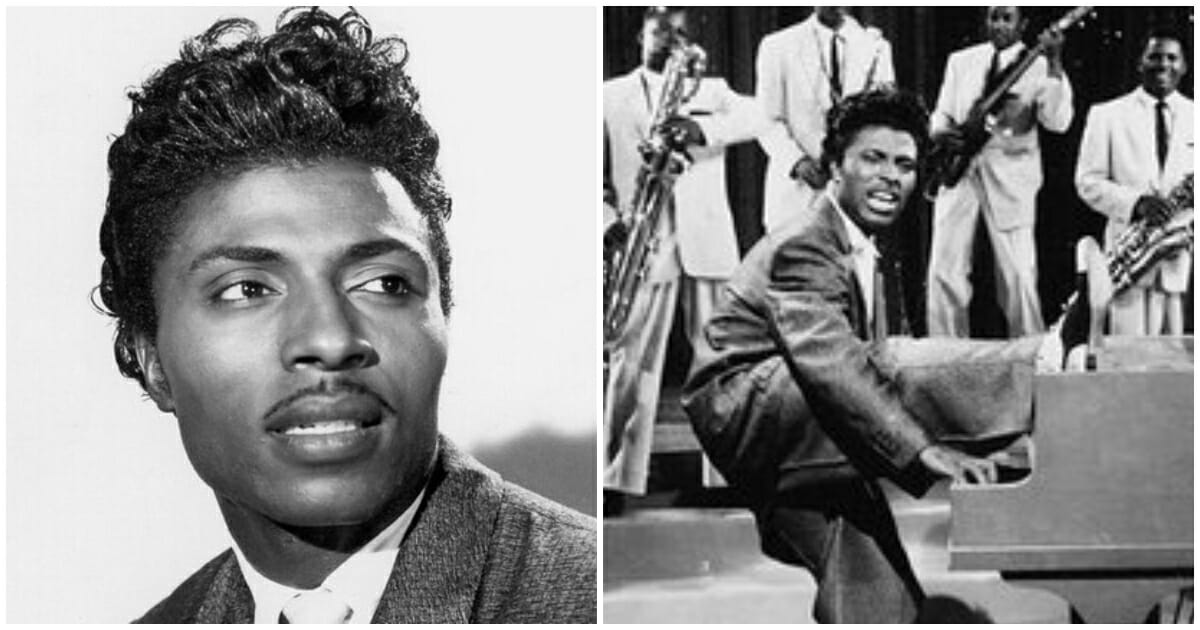 It feels like we lose another music legend all the time these days.

In 2020, we lost one of the true original icons of rock and roll: Little Richard, whose flamboyant style and thrillingly energetic performances inspired countless musicians.

Little Richard, real name Richard Penniman, was born in Macon, Georgia in 1932. Influenced by both gospel music and early rock and roll, he began his career as a professional musician as a teenager. He was discovered at the age of 14 by gospel legend Sister Rosetta Tharpe, who invited him to open for her.

After getting signed to a label in the 1950s, he had his first smash hit with the classic song “Tutti Fruitti,” which became not only his signature song but one of the most influential records ever produced.

Mojo listed it as number one on their list of the “100 Records that Changed the World,” and Rolling Stone listed it as the 43rd greatest song of all time.

A contemporary of artists like Elvis Presley, Buddy Holly, Chuck Berry and Jerry Lee Lewis, Little Richard was part of the original class of legends who shaped rock music forever. Many of these peers performed covers of his songs.

He has been called “The Architect of Rock and Roll.” As a black artist in the ’50s, Little Richard also broke ground as a “crossover” performer, performing for both black and white crowds — although covers of his songs by white artists still charted higher than his own.

He hit his peak in the ’50s; in addition to “Tutti Frutti” he released immortal singles like “Long Tall Sally” and “Good Golly, Miss Molly.”

While his distinct vocals and electrifying piano skills made him a musical pioneer, he was just as innovative as a style icon.

“If you love anything about the flamboyance of rock & roll, you have Little Richard to thank,” the Black Keys’ Dan Auerbach told Rolling Stone. “And where would rock & roll be without flamboyance? He was the first.”

Little Richard was even a major influence on arguably the greatest band of all time: The Beatles.

The band opened for Little Richard at several shows in the early ’60s, and backstage Little Richard, a hero to all the members of the band, gave them advice on how to perform their songs.

You can still hear Richard’s impact on their music, particularly in Paul McCartney’s singing style. The band frequently covered “Long Tall Sally” in their repertoire.

While Little Richard never matched the success of his early hits, he remained a pop culture icon for decades.

In 1986, he was one of the first inductees to the Rock and Roll Hall of Fame.

Little Richard died on May 9 in 2020, after a tough battle with bone cancer, at the age of 87. Countless stars paid tribute to the late icon, including legends like Paul McCartney and Mick Jagger:

Rest in peace, Little Richard. We still think of you! You may be gone but your music and influence will last forever.

Share this story with your favorite memories of the late musician!