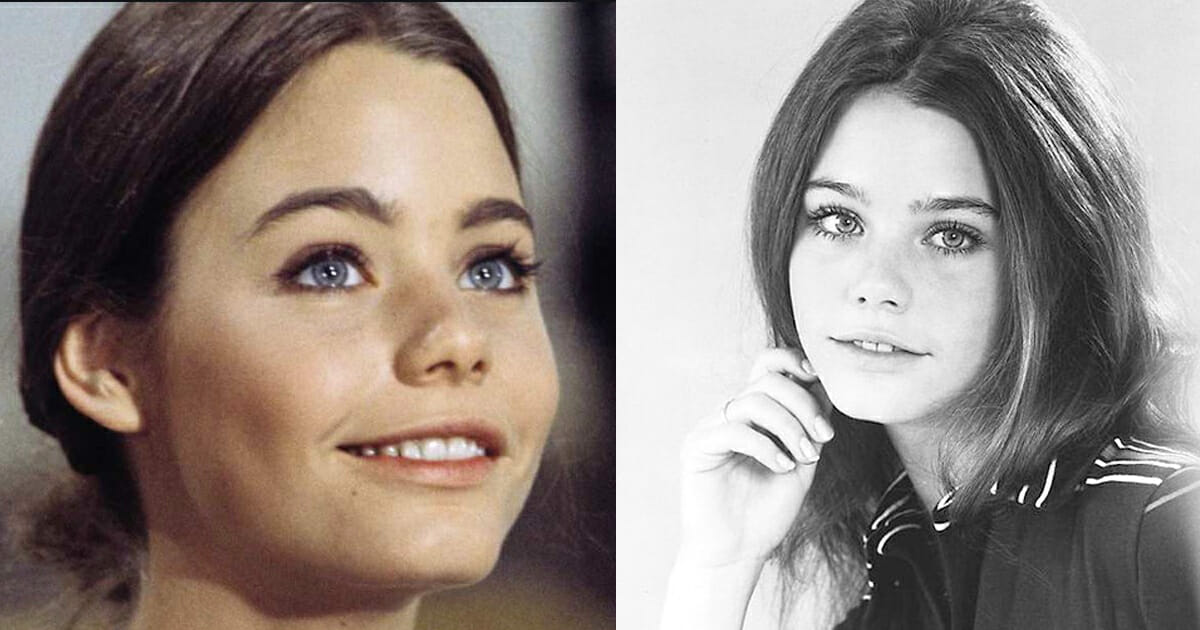 At just 18 years old actress Susan Dey became one of the biggest TV stars of the 1970s.

“The Partridge Family” aired from 1970 to 1974 and followed the lives of a musical family living in the fictitious city of San Pueblo, California.

Without any previous acting or singing experience Dey, who was working as a model at the time, was cast as older sister Laurie in the ABC TV hit whose singing family traveled to shows in a refurbished psychedelic school bus.

From 1970 to 1974, Dey played the role of the caring and intelligent Laurie Partridge, a main character of The Partridge Family.

The show won the hearts and minds of millions of Americans and even after it fell from the television top spot in the U.S. it found fame across the pond, airing in the U.K.

Its success took its toll on the cast with Dey said to have suffered an eating disorder and her weight dropped to 92 lbs, something that a TV producer noticed and called her out on sparking a new healthier eating regime that didn’t involve starving herself.

David Cassidy, who played Keith in the show, felt a huge pressure from his rise in popularity with “mass hysteria” surrounding his every move , according to his memoir C’mon, Get Happy: Fear and Loathing on the Partridge Family Bus.

During the show’s 4-year run Cassidy became a teen idol and attracted the attention of millions of women around the world, including his co-star Susan Dey who had a big crush on the singing sensation.

It wasn’t until after the show that they started dating but their affair was short-lived with Cassidy ending it abruptly and later revealing private details about her in his memoir, including his view that she was too innocent for him.

Despite the couple staying friends even after their romance ended Dey was hurt by intimate details Cassidy revealed about Dey and vowed never to see him again, even refusing to attend a Partridge family reunion years later.

Dey wrote her own book while starring on “The Partridge Family” called “Susan Dey’s Secrets on Boys, Beauty and Popularity”.

After the hit show ended Dey was inundated with acting offers and went on to appear in over 20 movies, mostly made for TV and 15 TV shows earning her six Golden Globe and three Emmy award nominations.

But it was her role as Grace Van Owen in “LA Law” that finally led to her winning a Golden Globe award for Best Actress. She played the Los Angeles County deputy district attorney, who later became a judge, for six years.

Susan Dey is reported to have turned the part of Sandy in Grease down, an unusual coincidence as Olivia Newton John, who ended up playing Sandy in the hit musical, had been offered the part of Laurie in “The Partridge Family” and accepted but was persuaded not to take it by her manager, Worldation.com reports.

Over the last decade Dey has stayed out of the limelight and is reported to be enjoying life in upstate New York, the city where she grew up, with her husband, Bernard, of more than three decades.

Let’s hope the 67-year-old much-loved actress is enjoying life away from the limelight and reliving some fun childhood memories.

Please share with all “The Partridge Family” fans you know.