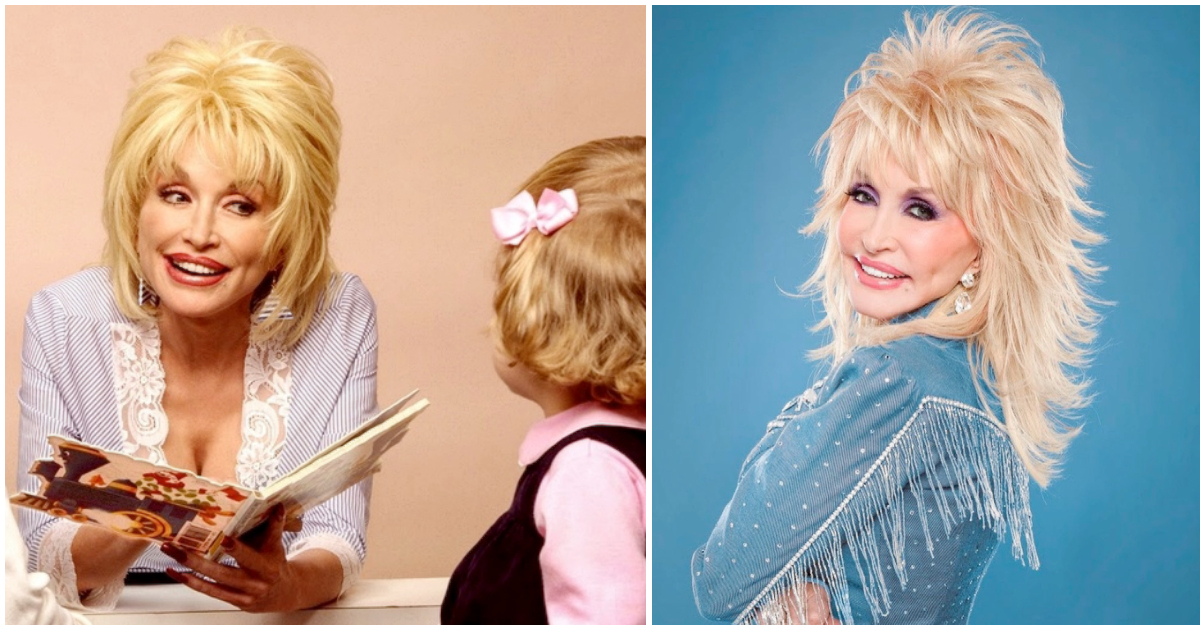 There are few celebrities as beloved as country superstar Dolly Parton. The singer-songwriter is best known for giving us classic songs like “I Will Always Love You,” “Jolene” and “9 to 5,” but she’s also beloved for her philanthropy and humanitarian work.

She is especially beloved in her home state of Tennessee, which has received much of Dolly’s generosity over the years. Now, she has received a

Now, she’s been officially honored by her home state, after the governor signed a resolution recognizing her philanthropy.

While Dolly has been involved with many causes over her decades-long career, from helping to save the bald eagle to funding the coronavirus vaccine, she is best known for her efforts to improve children’s literacy.

It has always been a cause dear to her heart, because growing up in Tennessee she knew many people who grew up not being able to read — including her own family.

“My dad, like so many country people, the hard-working people… never had a chance to go to school because he had to help make a living for the family,” Parton told NCSL in 2019. “And so, Daddy couldn’t read and write. That always bothered him.”

The center of Parton’s literacy efforts has been her Imagination Library, which she started in 1995 and sends free books to children. It originally began in Parton’s home county in East Tennessee, providing books to children from birth to their first year of school.

Today, the program has expanded to around the world, providing millions of books to kids each year. “The seeds of these dreams are often found in books and the seeds you help plant in your community can grow across the world,” Parton wrote.

Parton, who never had kids of her own, is happy to have been able to make so many young dreams come true.

“Now that I’m older, I realize I didn’t have kids of my own, so everybody’s kids could be mine,” Parton told People Magazine in 2018. “I [want to] empower children and give them confidence.”

She has received numerous awards and honors for her efforts, and this week Tennessee Governor Bill Lee signed a resolution recognizing “TN Treasure” Dolly Parton for all her hard work.

Dolly Parton has been one of the most iconic Tennesseans for decades, and her home state is proud to have her as their own.

Tennessee loves Dolly so much that they considered putting up a statue of her in the state Capitol — possibly to replace KKK leader Nathan Bedford Forrest — although Dolly declined the honor.

Parton, 75, is still going strong, both as a performer and a philanthropist. She recently received her 50th Grammy Award nomination and released a successful Christmas album last year.

Her Imagination Library continues to go strong, and she has even started her own bedtime story reading series.

But the most remarkable piece of recent Dolly news was that she helped fund the successful Moderna coronavirus vaccine with a million dollar donation.

And once that vaccine was available to the public, Dolly posted a video of herself getting it, encouraging others to get vaccinated.

While Parton has received much acclaim for her charity work, the biggest honor was that her dad, who died in 2000, got to see her literacy program come to life.

“He got to hear the kids call me ‘The Book Lady.’ He got a big kick out of that,” she told NPR. “But he took great pride and felt like he’d helped do something special.”

Whether making music or making kids’ dreams come true through her charity work, Dolly Parton has had one of the most incredible and admirable careers of any celebrity today. She definitely deserves any honor she gets!