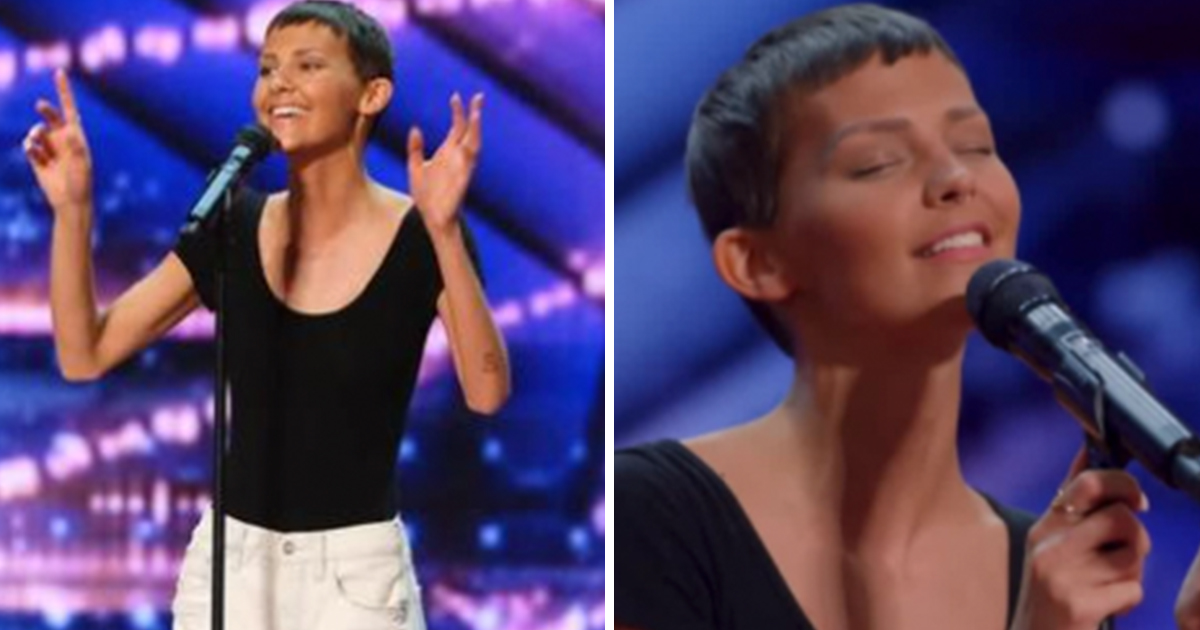 The long-running TV show “America’s Got Talent” continues to offer us so many entertaining and breathtaking acts from around the nation.

The stories that people share before they perform tell us the sacrifices they have made in order to follow their dreams.

But it’s Jane Marczewski who goes by the stage name of ‘Nightbirde’ that will forever stick in our minds – especially after causing the usually serious judge Simon Cowell to get quite emotional.

On Tuesday’s episode she stepped onto the stage to introduce herself and told everyone she was 30 years old and from Ohio. But it was only when judge Howie Mandel asked her what she did for a living did she reveal what she’d spent the last few years dealing with.

Jane revealed that she had cancer but in her case it had spread to her lungs, spine, and liver and she only had a 2 percent chance of recovery.

The judges were left open-mouthed and shocked that the beautiful and glowing woman that stood before them was battling such a horrific disease with such little hope.

“So you’re not okay,” Howie said to her.

“It’s important that everyone knows I’m so much more than the bad things that happen to me,” a very brave Jane replied.

She then sang her original song “It’s Ok” which revealed what she was going through in her own words.

Her voice and song floored the judges and audience who all gave her a standing ovation.

After, Howie led the judges’ reactions and told her: “Singers come on and I think about authenticity – that felt like the most authentic thing I’ve heard this season.”

Fellow judge Heidi Klum told Jane that her voice gave her chills it was so beautiful.

Then a visibly emotional Simon told her that her voice was stunning adding: “There was something about that song, the way you just almost casually told us what you’re going through.”

After he composed himself he told her that he wasn’t going to give her a yes. He then reached for the golden buzzer and Jane fell to the floor in shock.

Simon went to the stage to offer his support and clapped her, eventually giving her a hug.

She’s now guaranteed a spot on the show’s live semi finals with many more beautifully sung songs to come.

The budding star gained a huge following after her outstanding performance and charts her ups and downs on Instagram where she’s followed by 215,000 people.

In one of her many beautiful photos she’s posted, one of them is captioned: “When you lose everything, you find out who you really are,” adding “I hope every woman finds herself and lets that real girl come right up to the surface.”

Watch her stunning performance in the clip below.

She is a true inspiration to many budding singers and to those people battling cancer. I wish her all the success in pursuing her dreams, she is a true talent.