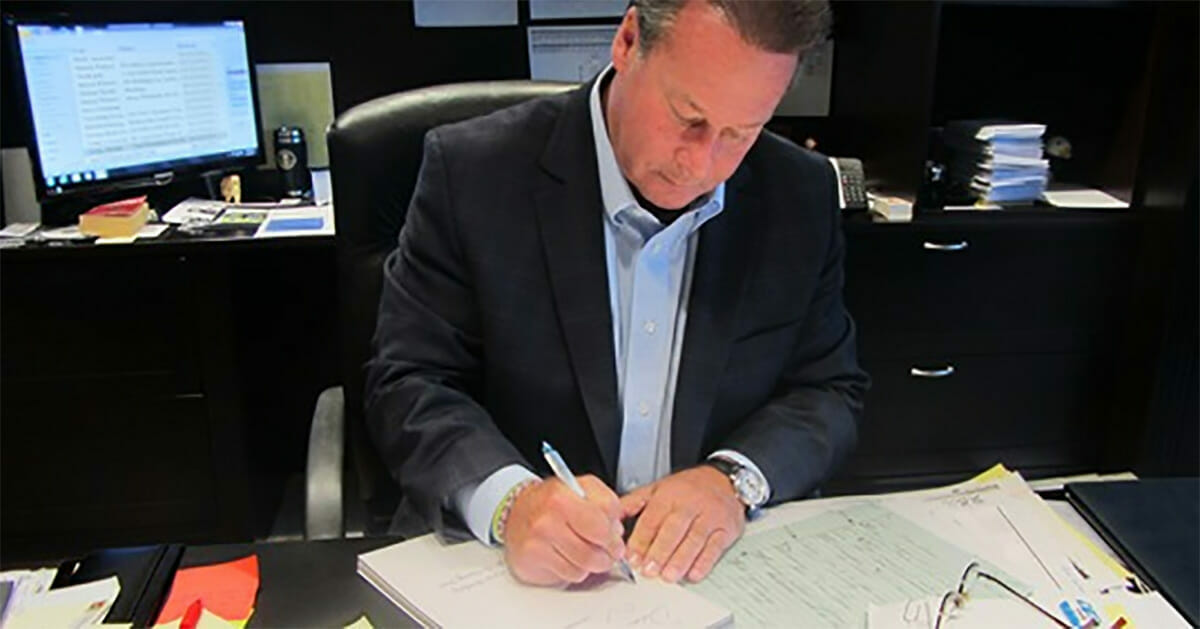 Most of us consider receiving a handwritten note in the mail, as oppose to the usual bills and junk mail, as a real treat.

Once, the only way we could communicate was through letters, now it has become a rarity as emails and texts have taken over.

But for one boss he uses a handwritten note as a way of letting his staff know he cares and to keep the communication lines open.

And for company CEO Sheldon Yellen this is no mean feat considering he has 9,200 employees.

Sheldon Yellen, CEO of  property-restoration company BELFOR Holdings, Inc., hand-writes birthday cards to each of his 9,200 employees as a way of saying thank you, according to Business Insider.

In honor of #CardMakingDay, we'd like to say THANK YOU to our CEO, Sheldon Yellen, for making us feel special on our birthdays by sending handwritten cards to each #BELFORFamily member every year! ?✉️♥️

According to appreciationatwork.com it’s very important that bosses communicate their appreciation to their staff.

“When employees truly feel valued and appreciated, good things follow. Team members are less likely to leave for another job, complain and grumble, steal from the organization, or get hurt on the job.”

But so many business leaders don’t even communicate with their staff, especially those in charge of large organizations.

Earn respect within the company

Sheldon has a staff of 9,200 and yet still finds the time to write them notes to say thank you, happy anniversary and even to their kids if they get sick.

Even before he was leading the disaster-relief and property-restoration company he was was still writing birthday cards to every employee.

According to Business Insider he started penning the cards in 1985, when he first joined the company, as a way of encouraging people to stop by his desk and say thank you.

“And it worked,” he said. “It got people talking, we started to communicate more, and I like to think it helped me earn respect within the company.

‘A company’s most important asset is its people’

“It’s also something that doesn’t have to cost a thing,” he said. “When I learn of random acts of kindness being performed in the field, I take it upon myself to again, reach out in writing, and send a thank you card so that person can know they are appreciated and that their efforts don’t go unnoticed.

“When leaders forget about the human element, they’re holding back their companies and limiting the success of others,” he said. “Focusing only on profit and forgetting that a company’s most important asset is its people will ultimately stifle a company’s growth.” What an amazing example this great boss is showing. Please share so more people in charge can learn from Sheldon Yellen.