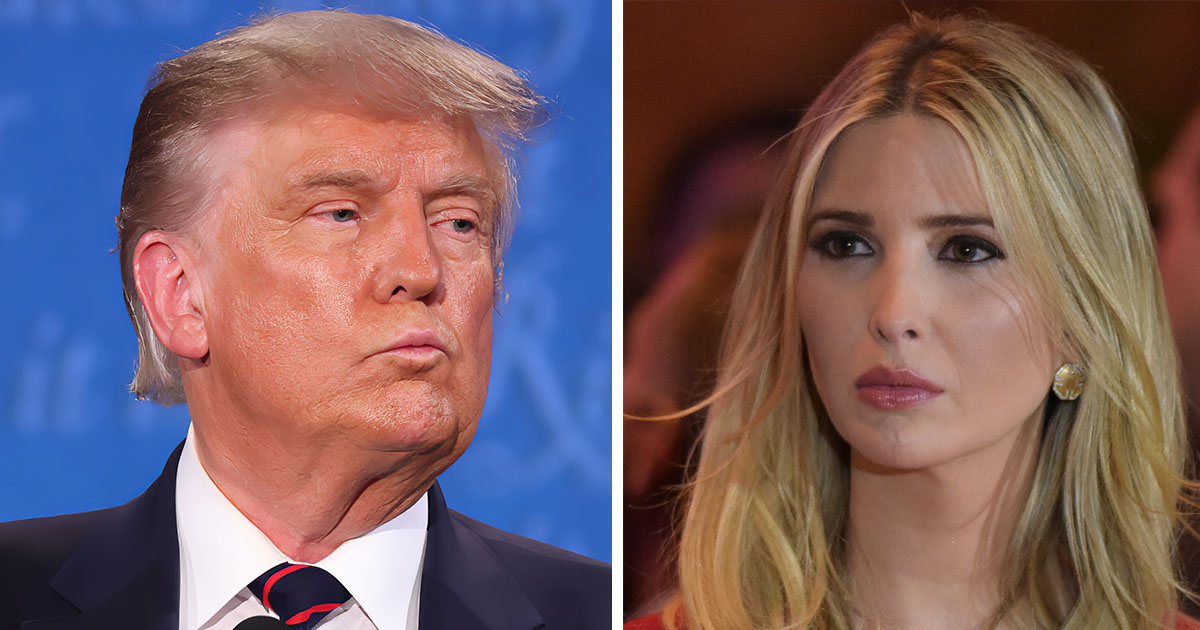 Ivanka Trump gained plenty of fame after her father became the President. During his four-year tenure, Ivanka was an important part of Donald Trump’s staff, and alongside her husband Jared Kushner, they created their own small business empire.

When Donald Trump left the White House, however, Ivanka disappeared from the public eye. So what really happened, and why? Here’s what we know …

Ivanka Trump is certainly used to the spotlight. All her life, her father has been a famous businessman and TV personality. Most recently, of course, he served as the 45th President of the United States.

Ivanka has pretty much done it all, everything from modeling, to creating her own brands. However, she now stands at a crossroads. Having been an advisor in the White House, the question is what will she do in the future?

Ivanka has been very close to her father throughout her life, and became one of his most trusted White House advisors.

But as Donald Trump left the presidency and Washington behind, Ivanka pretty much disappeared from the public eye.

So what is the real reason for that? Well, Ivanka hasn’t given an interview in quite a while. And according to Fox sources, she’s been focused on a whole different thing.

With the 2020 election done, Ivanka Trump and her husband Jared Kushner started looking forward to new challenges. Both were involved in Trump’s White House staff as advisors, and after the election they continued helping him out quite a bit.

But the couple also went looking for a new home for their family. In December of last year, Ivanka and Jared bought a $30 million piece of land on the island of Indian Creek Village in Florida. It’s also called the “Billionaire Bunker”. According to Page Six, the couple bought the 1.8-care waterfront land from singer Julio Iglesias.

Many of their friends have decided to leave New York City for the Hamptons or Florida, so perhaps this influenced them.

“The Kushners have been looking to purchase property in Florida for quite some time, and will also maintain their home in New York,” a source told Page Six.

However, a house has yet to be built. Therefore, Ivanka and her husband leased a luxury condo near the island, in the beach town of Surfside, Miami Beach.

As Donald Trump had his hands full with several legal cases after leaving the White House, Ivanka and several of Trump’s other children also found themselves involved, since they are officially part of the Trump organization.

Back in April, Aixos reported that Ivanka was going to be a “informal adviser” for a new nonprofit group, dedicated to “perpetuating former President Trump’s populist policies.”

Since moving to their Miami Beach condo, she and Jared have been visiting Donald Trump at the Mar-a-Lago club in Palm Beach, Florida “less and less frequently”, according to CNN. It also seems as though Ivanka doesn’t really want anything to do with her father’s political career.

“They weren’t around for the usual spring and summer events at Mar-a-Lago,” a family friend told CNN.

Donald Trump has continued to claim that the 2020 election was “stolen”, but Ivanka wants a more simple life, according to two CNN sources close to the family. They said that Ivanka is “having to walk a fine line between embracing her father and distancing herself from his election lies.”

A number of months ago, reports of Ivanka actually continuing her career in politics came to light, when it was rumored that she might challenge senior Senator Marco Rubio for the Florida seat.

Spotted for first time in 2 months

However, Ivanka soon denied that it would ever happen, labeling Rubio a “good personal friend”.

“I know he will continue to drive meaningful progress on issues we both care deeply about,” she told CBS.

At the same time, her husband Jared Kushner wants a more simple life as well. According to the New York Times, he is keen to “focus on writing his book” and establishing a “simpler relationship” with Donald Trump.

So what is Ivanka really doing moving forward? Well, according to a Fox News source, the simple answer is family. The couple have three children, Araballa, Joseph and Theodore, and their now settling into their new Florida life.

That means Ivanka wants to be closer to her family and do all those things they might have had to skip during the stressful period of the parents being advisors to the President.

Last week, Ivanka was spotted for the first time in two months, wearing workout clothes and trendy blue shades in Florida. Her daughter, Arabella, accompanied her.

So how did Ivanka Trump come to this point in her life?

Born October 30, 1981 in Manhattan, New York City, she grew up alongside her famous parents, Donald Trump and Czech-American model Ivana Trump. When Ivanka was only 10 years of age, Ivana and Donald divorced.

It was a messy period in the little girl’s life. Ivanka was later sent to boarding school, attending the Chapin School. At 15, she transferred to the elite school of Choate Rosemary Hall in Wallingford, Connecticut.

The Trump family was more than just wealthy, but mother Ivana wanted Ivanka to be independent. She threatened to make her pay her own phone bills. It was at that point that Ivanka decided to start making her own money, and turned to modeling.

By the age of 16, Ivanka Trump had been featured in Elle magazine and been a co-host on the Miss Teen USA 1997 pageant. Just as with many other industries, the modeling business can be ruthless, and Ivanka decided she was done with it before long.

Instead, she turned towards the family business. Even in her school days, she knew that real estate was something she liked.

Ivanka went on to study at Georgetown University for two years. She then transferred to Wharton School at the University of Pennsylvania, and in 2004, got her B.A in economics.

At a networking lunch in 2007, she met her future husband, Jared Kushner. They started dating, and in 2009 the couple tied the knot at the Trump National Golf Club in New Jersey.

Ivanka may not have hidden many things from her father, but there was one big secret she always kept. When she had boyfriends, she never introduced them to Donald Trump: it was like they didn’t exist.

“I think I brought home my husband, that’s it ‒ he was not my husband at the time,” she added.

“But I was not going to subject boyfriends to the scrutiny of my father, or my mother for that matter, unless I was 100 percent sure.”

Ivanka Trump and Jared Kushner are focusing on their family life now. Would you like her to enter politics or not? Leave us your opinion in the comment section.