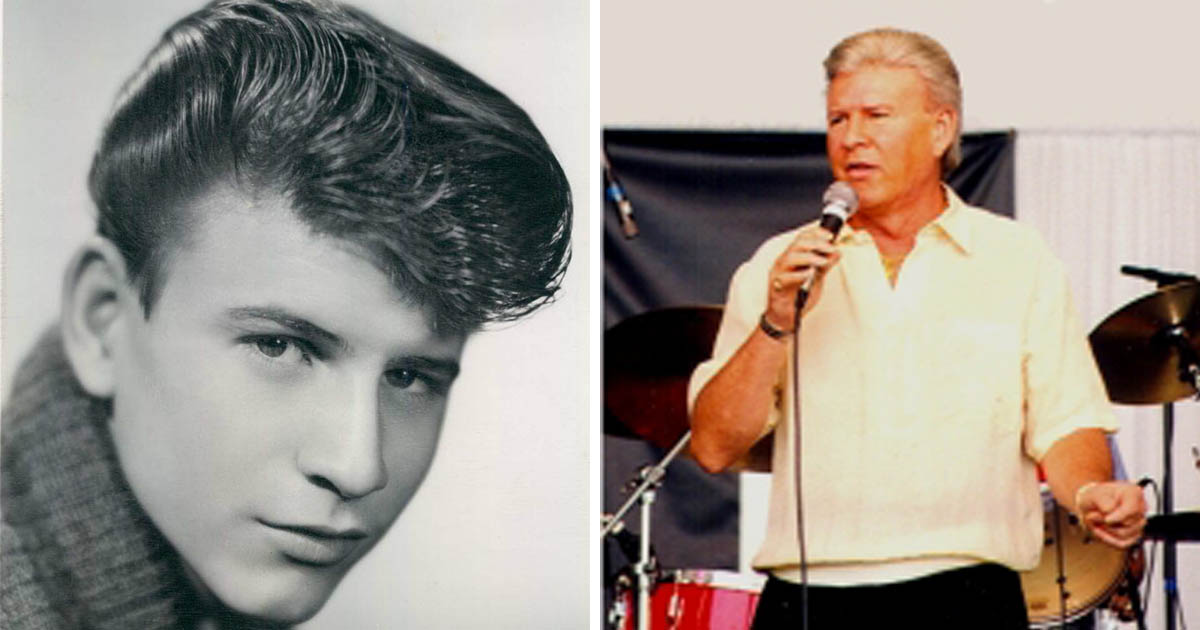 If you grew up during the early 1960s, you probably had a lot of friends who had a crush on Bobby Rydell. The Philadelphia born singer, with his amazing voice, took America by storm. One might say that he was the Justin Bieber of the ’60s.

A good friend of mine had a crush on Bobby for so many years – when he used to sing on New Year’s eve, she had to stop at every TV store so she could watch and listen to him … don’t I wish we all could go back to those days. It felt safer for everyone and parents didn’t worry for their kids. The music was fun, no hating and the dancing was simply the best!

I’ve always liked Bobby’s music, but I have never been as obsessed with him as many others in my generation were. Still, I can’t help but wonder what happened to this American entertainment legend and why he disappeared for a few years in the 2000s.

Robert Louis Ridarelli was born into an Italian family in 1942 in South Philadelphia. His career took off after he won a talent show at Paul Whiteman’s TV Teen Club.

After that, he changed his name to Bobby Rydell and began playing music with various bands around his hometown of Philadelphia. He managed to get a recording contract, but his first few songs flopped.

But Bobby didn’t give up, and with his song “Kissin’ Time”, he got his long-awaited hit. Things started to move fast and his father resigned from his factory job to become Bobby’s road manager.

In the early 1960s, with giant hits like “Wild One”, “Volare” and “We Got Love”, Bobby became an instant teen idol with his chart-topping songs.

His performance in the musical film Bye Bye Birdie, where he played Hugo Peabody, made him a famous show business performer.

”I screen-tested with Ann-Margret and it must have looked good because they kept adding more dialogue and more songs for us in the movie. I am not a movie star by any stretch of the imagination, but I was lucky to be in the film. It’s a classic,” Bobby told Connecticut Magazine.

But soon dark clouds would hang over Bobby, as the music industry radically changed. British rock and pop music swept in and became very popular in the United States. It was The Beatles that took over the role as teenage idols.

Unfortunately for Bobby, he suffered a drastic decline in popularity. And it didn’t get any better when the former star ended up in a dispute with ABKCO Records. Their refusal to reissue Rydell’s music made his entire catalog unavailable until 2005.

Instead, Bobby made a living by performing at nightclubs and in Las Vegas.

At the same time, Bobby had also developed a serious drinking problem that would almost cost him his life. But, like many other alcoholics, Bobby was very good at hiding his addiction – few people knew how much he could drink and how bad it was.

“I became a total alcoholic. When I say ‘drinking,’ I used to hide bottles of vodka in my golf bag in the back of the trunk of my car, and God forbid half of a bottle was gone, I’d have to go to a liquor store and get a new one. My God, you know, I couldn’t run out of my friend,” he explained in an interview with The Morning Call.

In 2012, his drinking problem really began to take its toll on Bobby’s body and he was left in desperate need of surgery.

”The drinking got bad and then my health got even worse and I needed the double transplant, liver and kidney, or I would die”, Bobby says.

Fortunately, the double organ transplant went well and Bobby got at second chance in life – something he is eternally grateful for today.

In several interviews, he has also praised the person whom he got his liver and kidney,  a young girl from Reading, Pennsylvania named Julia.

”She was only 21 years old, she was hit by a car. And she became my donor. And not only did she save my life, but she saved seven other people, as well. It was a miracle the way things happened. It really was”, Bobby told The Morning Call.

To understand Bobby’s escalating alcohol problem, we need to take a closer look at another tragedy in his life.

Bobby married his high school sweetheart, Camille Quattrone Ridarelli, in 1968. The couple tied the knot at Stella Mari’s Catholic Church in South Philadelphia – in the same area where both grew up. Outside the church, 1,000 adoring fans waited out front, according to Camille’s obituary.

The couple were together until her death in 2003. When Camille became seriously ill with cancer and died, Bobby started drinking heavily.

”There was a void in my life and alcohol became my dear friend”, he said.

A turnaround came in 2009, when Bobby fell in love and married his longtime friend Linda Hoffman. Linda helped him stop drinking and also persuaded Bobby to write a very personal autobiography, which served as a kind of therapy for him. Linda was also there when Bobby needed to recover after all his surgeries.

Thankfully, Bobby is now back and touring as part of The Golden Boys stage production.

”I’m the kind of guy who’ll sing and perform until I die. It’s all I’ve ever known. I still get antsy when I haven’t hit a stage for a while. I still love what I do. When I can’t do it anymore, you might as well start shoveling the dirt on top of me,” Bobby said in 2016.

Even though he’s no longer a teenage idol, and no longer a person you read about all the time, Bobby Rydell still leaves a lasting impression on the culture.

In the Broadway musical Grease, the high school is called “Rydell High” – an elegant but sometimes forgotten tribute to Bobby Rydell. Bobby is also portrayed in the Hollywood hit and Oscar-winning film Green Book from 2018. He appears at the beginning of the film and is played by actor Von Lewis.

Thank you, Bobby for all the fantastic songs. Because of them we have some wonderful memories from growing up. After all, your songs are part of the sound track to our formative years. ❤️❤️