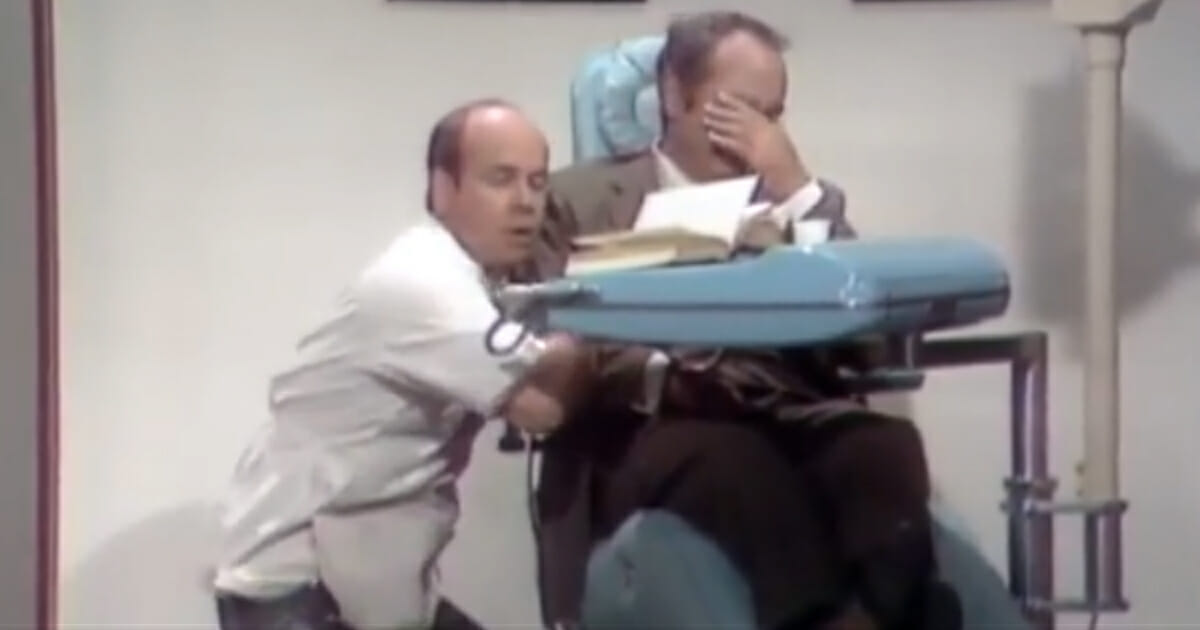 Tim Conway passed away this week at the age of 85, and fans everywhere are mourning his death and celebrating his life. Conway was a comedy star on The Carol Burnett Show, and later enchanted children everywhere by voicing the the role of Barnacle Boy for the series SpongeBob SquarePants.

Before his passing, the legendary actor talked to fellow comedian Conan O’Brien about his time on The Carol Burnett Show. Conan brought up one memorable skit in which Conway was so funny, his co-star Harvey Korman could barely stay composed. He laughed throughout the entire skit!

But that’s not all, according to Conway, Korman laughed so hard, he ended up peeing his pants!

In the skit, Conway plays a dentist and Korman plays his patient. But the dentist is incompetent and keeps on sticking the novocaine needle into his own skin and insists to go through with the patient’s procedure.

Conway also admitted on the show that the now iconic skit was based off true events. Before becoming a comedian, Conway was a soldier. In the final weeks of his service, he went to go see the base dentist. He wanted to administer novocaine, but the needle went straight through Conway and into the dentist’s thumb! Just like in the skit, the dentist insisted on performing the procedure despite the numbness.

Now watch the clip below to see the skit for yourself!

We will fondly remember Tim Conway for his humor throughout his career. There will be no one quite like him. Please share to offer your condolences to his friends and family!