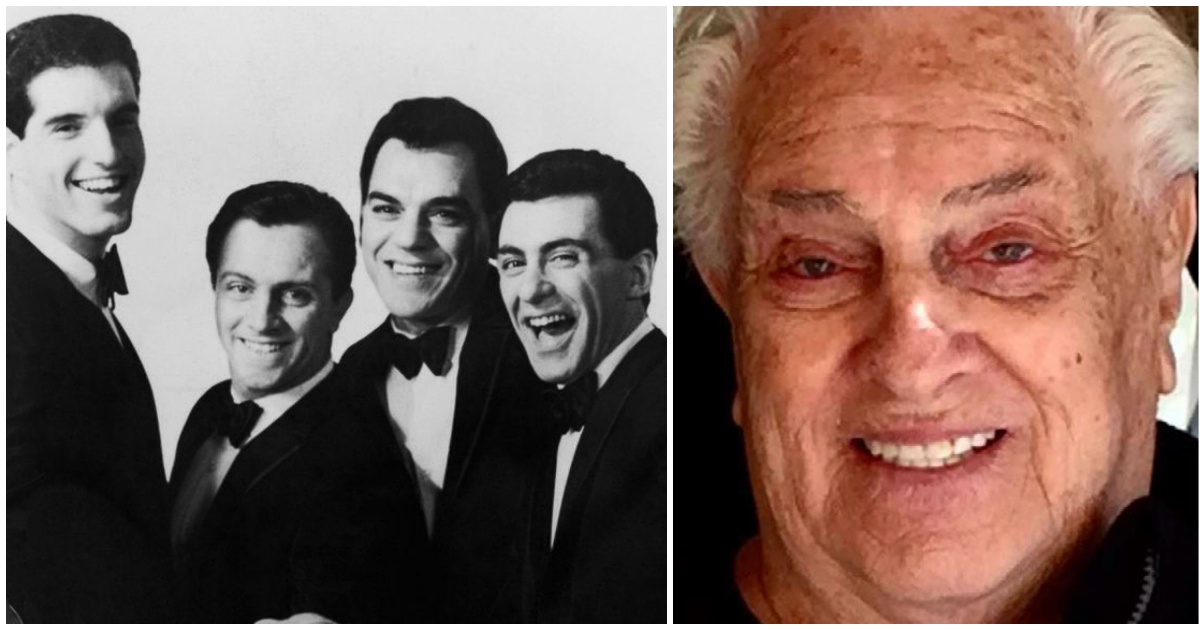 The world lost another music star to the COVID-19 pandemic: Tommy DeVito, a singer who was one of the founding members of iconic doo-wop quartet The Four Seasons, has died at 92, following complications from the coronavirus.

DeVito was born in Belleville, New Jersey in 1928 and took an early interest in music. In the 1950s he performed in a quartet that included singer Frankie Valli.

The lineup changed until one of DeVito’s friends—who happened to be future screen legend Joe Pesci—introduced DeVito and Valli to Bob Guadio, who along with Nick Massi formed the original lineup of what would become one of the best-selling bands of the 1960s.

With their distinct sound and tight vocal harmonies, the Four Seasons produced chart-topping classics like “Sherry,” “Big Girls Don’t Cry” and “Walk Like a Man.”

Despite their widespread success, the band suffered from personal disputes, including DeVito’s severe debt and financial troubles, leading to his departure from the band in 1970.

According to a New York Times obituary, DeVito continued to struggle with finances after leaving the band, taking jobs in casinos and cleaning houses. His old friend Joe Pesci, now a Hollywood star, got him some small parts in movies like Casino (and named his character in Goodfellas after DeVito.)

But DeVito’s role in the founding of The Four Seasons came to new fame decades later thanks to Jersey Boys, a smash hit Broadway musical about the band that brought new attention to their story and music.

Jersey Boys is one of the longest-running musicals ever, and won four Tony Awards including Best Musical and Best Featured Actor for Christian Hoff, who portrayed Tommy DeVito. It was also adapted into a film by Clint Eastwood.

When the real-life DeVito saw the show, it made him reflect on his “hell-raiser” past.

“When you first see yourself being played, you look at the actor, who is Christian Hoff, and say: ‘Do I look like that? Did I talk like that? Was I really a bad guy?’” he said according to the New York Times.

“And I was. I was pretty bad when I was a kid. There’s a lot of things I’d never do today that I did back then as a kid.”

DeVito died in Las Vegas on Monday after being hospitalized from complications related to COVID-19. He was 92.

His passing was announced by his former bandmates, surviving Four Seasons founders Franki Valli and Bob Guadio, on social media.

“We send our love to his family during this most difficult time,” they wrote. “He will be missed by all who loved him.”

Rest in peace, Tommy DeVito! Thank you for the music—The Four Seasons is still one of our favorites! Share this story with your memories of the band!