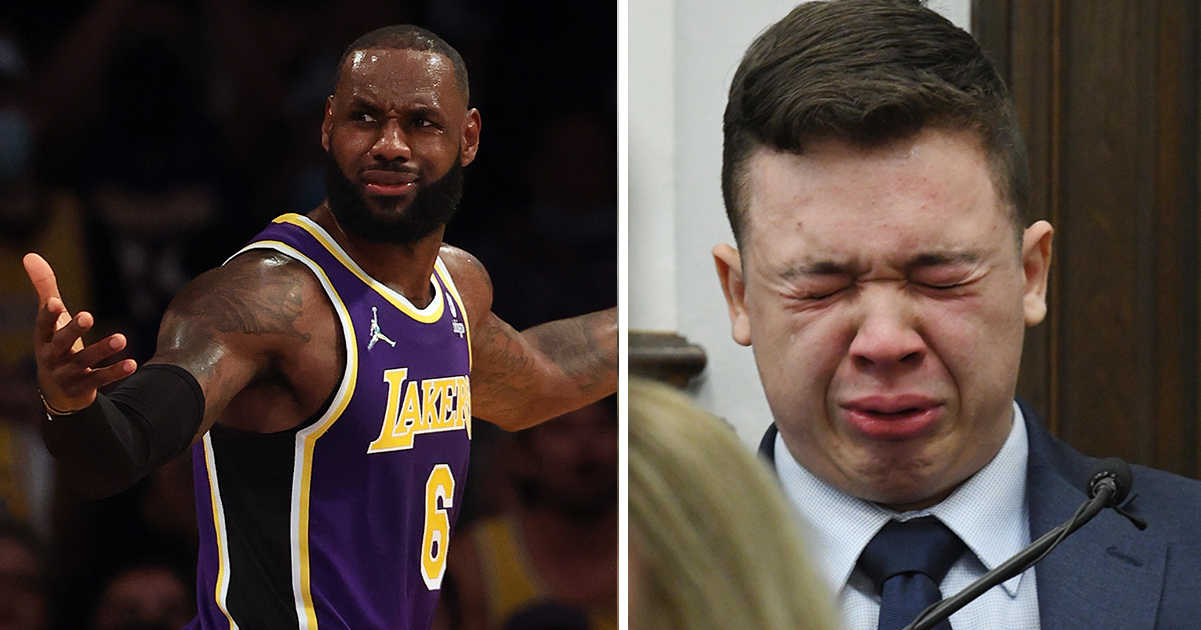 LeBron James said Kyle Rittenhouse should “knock it off” after he took the stand and wept during his homicide trial which will decide whether he spends his life behind bars for a triple shooting.

The teen is on trial after fatally shooting two men and wounding a third during last August’s protests over police brutality.

On Wednesday the 18-year-old took to the stand and broke down as he recounted the night of the shootings.

Rittenhouse has been charged with intentional, reckless and attempted homicide, reckless endangerment, curfew violation and possession of a firearm as a minor following the deaths of Joseph Rosenbaum, 36, and Anthony Huber, 26, on August 25 last year in Kenosha, Wisconsin. Gaige Grosskreutz, 26, was also injured.

It happened during protests arising from the police shooting of Jacob Blake,  a 29-year-old black man, who was shot seven times including in the back and seriously injured by police officer Rusten Sheskey.

Rittenhouse, who was 17 at the time, fired an AR-15-style weapon eight times in all during the unrest.

The teen has argued that he was acting in self-defense, with his lawyer saying he was just a ‘scared kid who protected himself from a mob’.

He denied intentionally killing them, but admitted using deadly force, saying, “I didn’t know if it was going to kill them, but I used deadly force to stop the threat that was attacking me.”

After taking the witness stand on Wednesday, his testimony was paused after he appeared unable to speak, as per Yahoo News.

NBA icon LeBron James posted his reaction to Kyle Rittenhouse getting emotional while taking the stand during his own homicide trial writing on Twitter: “Man knock it off!”

Sharing a video of Rittenhouse weeping, James added: “What tears????? I didn’t see one. Man knock it off! That boy ate some lemon heads before walking into court.”

Rittenhouse struggled to speak as he described being allegedly ‘cornered’ in a parking lot before he shot a man.

“I didn’t intend to kill. I intended to stop the person who was trying to kill me and trying to steal my gun,” he told the court.

James’ tweet received more than 249,000 likes but divided opinion on whether he was right to mock the teen.

“You are a remarkably immature person, using your platform to mock a teenager like a 12 year old trying to impress his friends,” one critic wrote, while another said it was “unreal” how James ended up being wrong on every issue.