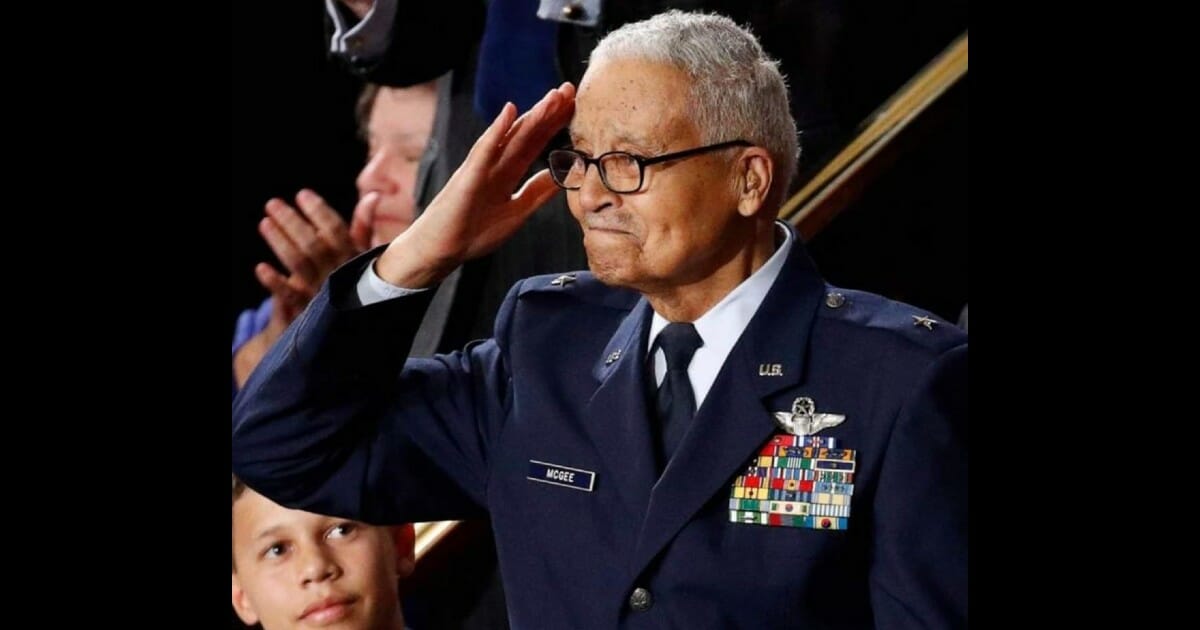 If you haven’t heard of Charles McGee, chances are you’ve heard his name several times during the past few days. McGee, one of the last surviving Tuskegee Airmen celebrated his 100th birthday at the beginning of December, but that wasn’t the most exciting event in his life.

On Sunday, McGee, along with three other veterans, brought out the coin for the coin toss at the Super Bowl.

“At first I would say ‘wow,’ but looking back, it would have been nice to have had that during active duty, but it didn’t happen that way,” McGee said. “But still, the recognition of what was accomplished, certainly, I am pleased and proud to receive that recognition and hopefully it will help me carry on as we try to motivate our youth in aviation and space career opportunities.”

Later that evening McGee attended the State of the Union with his great-grandson, Iain Lanphier. Lanphier plans to attend the Air Force Academy.

McGee enlisted in the Army in October 1942 and became one of the Tuskegee Airmen. Throughout his 30-year career he flew 409 combat missions in three wars.

He retired from the military in 1973, but continued serving as an ambassador for the Tuskegee Airmen for several decades.

McGee’s advice for others looking for follow in his footsteps?

“I’d like to pass on what I call my four ‘P’s’ — perceive, prepare, perform, persevere — dream your dreams but get the good education to accomplish the desires and needs of the country,” he said. “Always seek excellence and always do your best in things that you do. Finally, don’t let the negative circumstances be an excuse for not achieving.”

Congratulations and thank you for your service!