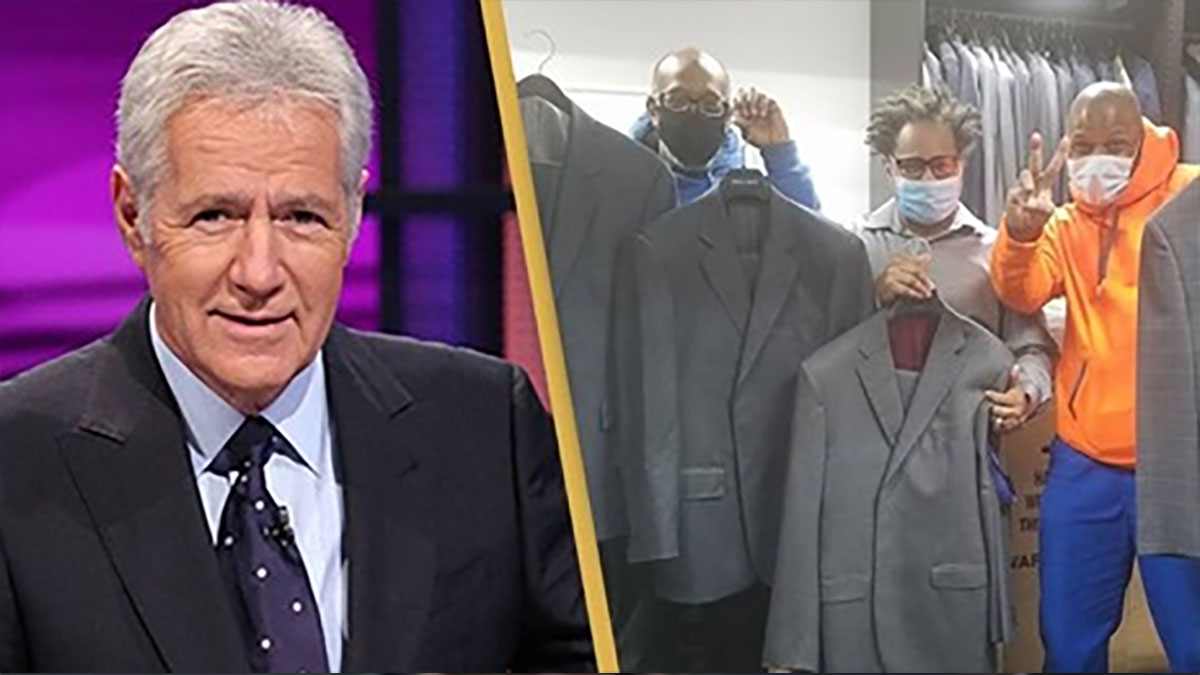 Jeopardy! host Alex Trebek‘s wardrobe is being donated to a nonprofit which helps needy Americans rebuild their lives.

The TV legend passed away aged 80 in November after a nearly two-year battle with stage IV pancreatic cancer.

He hosted Jeopardy! for 36 years continuing his quiz master duties throughout his health troubles.

On Tuesday show bosses announced a large portion of the late TV star’s wardrobe has been donated to the The Doe Fund, which helps homeless and formerly incarcerated people in New York rebuild their lives with work opportunities and housing services.

A producer of the long-running TV quiz show said donating the wardrobe to those people who are working to rebuild their lives is the perfect way to honor a request Alex made on his last day on set.

Jeopardy! Executive Producer, Mike Richards, said in a statement that “during his last day on set, Alex extolled the virtues of everyone opening up their hands and their hearts to those who are suffering,” as per WQAD8 News.

“Donating his wardrobe to those who are working to rebuild their lives is the perfect way to begin to honor that last request,” he added, as per the ABC News affiliate.

The clothing will help the charity provide those on its “Ready, Willing and Able” program to attend job interviews.

The Doe Fund’s president, Harriet McDonald, said the organization is so grateful to the Trebek family’s “commitment to lifting up the most vulnerable among us.”

She added that her husband George McDonald, Doe Fund’s founder and president for 35 years, passed away last week, so she understands the personal loss Trebek’s children, Matt and Jean, are facing.

“I’m thankful that George got to see Alex’s suits delivered to the people we serve before he left us. This generous gift honors the legacies of both men, and I know they’re smiling down on us,” Harriet McDonald said, as per WQAD8 News.

What a wonderful way to honor this late great TV star.

Help us inspire others to do more for the needy in their community by sharing this story.