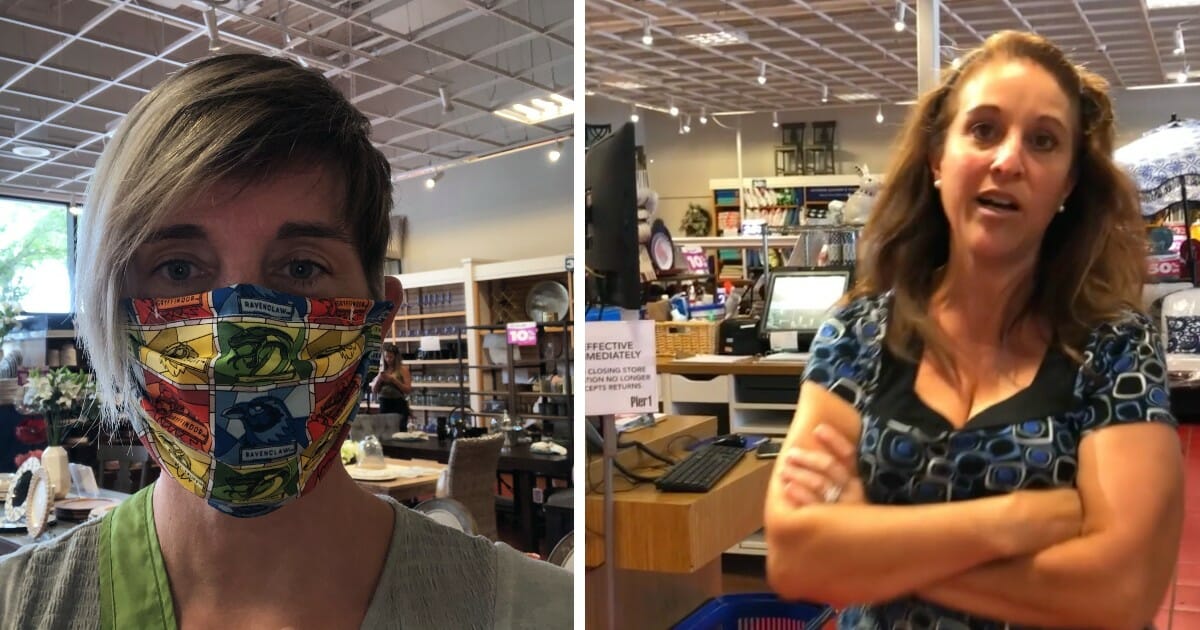 The accessibility of phones and the internet just makes incidents like the woman who threw a fit inside Trader Joe’s more easily seen by a wider audience.

That’s why when Heather Sprague encountered a customer at a Pier 1 in Jacksonville, Florida loudly arguing with an employee she wanted to document it to “accountable for her actions.”

“I wanted her to know she was being held accountable for her actions,” Sprague told WWLTV.

Sprague, who is a brain tumor patient and a mother of 10, ventured into the store while she waited for an appointment.

While inside the store she noticed a woman at the register, “screaming at, swearing, insulting, and threatening the staff” for several minutes because she wanted to return an item that she didn’t physically have in her hand.

When the woman reportedly positioned herself so the employees were unable to leave the register, Sprague took out her phone and began recording.

But as soon as the woman noticed Sprague had her phone focused on her, the woman turned her attention to Sprague, who stood there in silence.

The woman gave her the middle finger and then proceeded to march over to Sprague and cough in her face.

“It only took her 30 seconds to decide she was done and to leave the store, which really was the goal.”

The angry customer left the store, and Sprague filed a formal complaint with Pier 1. Initially, she didn’t plan on filing a police report, but WWLTV reported a report had been filed.

Battery — touch or strike, no injury, was the listed offense and the suspect has not yet been arrested or charged.

“When bullies are faced with accountability they must acknowledge the unacceptability of their actions. Within 30 seconds of filming her tirade was done and she left the poor staff in peace,” Sprague wrote on Facebook.

She also added that she planned to go for a COVID-19 test.

While calling people out for their poor behavior in public might be seen as controversial, coughing in another person’s face, especially during a pandemic is completely uncalled for.

Share this if you believe the woman who coughed in Heather’s face was in the wrong.