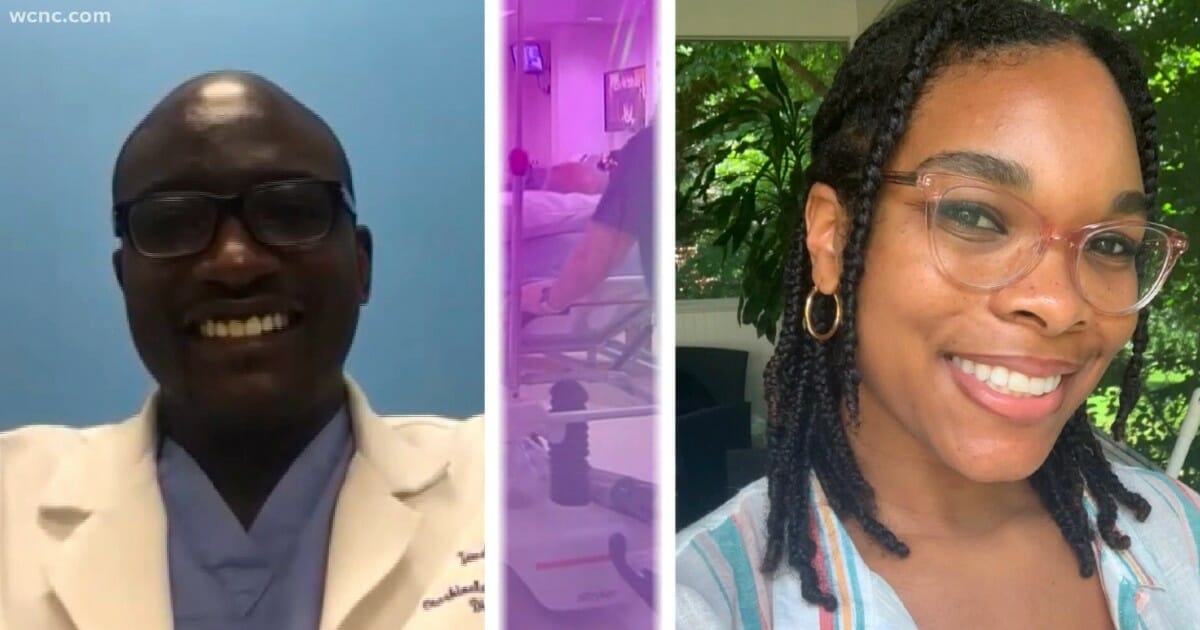 Sometimes it’s the littlest gestures that give us the most comfort.

India Marshall recently underwent surgery to remove bone growths on her forehead, and during her recovery she noticed someone had braided her hair to keep it away from her incisions.

Before her surgery, the 29-year-old washed, detangled her naturally curly hair, and put her hair in two loose braids.

“I had no clue how he was going to get those incisions done and have my hair not be in the way, especially being natural and really big,” India told The Lily.

It wasn’t until she removed the bandaging and she and her mother began to inspect the incisions that she realized someone took the time to braid her hair.

“I thought it was nice that I had the braids in a way where we could easily get to the incisions and my hair was out of the way, which was very nice because I felt really sick after surgery and in pain,” she told TODAY.

India assumed it had been one of the nurses at Charlotte Eye Ear Nose and Throat Associates in Charlotte, North Carolina who had braided her hair, but she learned the shocking truth during a post-op appointment.

“When he came in the room, he was talking to me and he started taking out my staples and he mentioned, ‘I hope I didn’t do too bad on your braids,’” India said. “And I was like, ‘Wait, what? You did that?’”

It wasn’t a nurse, it was her Black male doctor, Dr. Jewell Greywoode.

Greywoode explained that his younger sister taught him how to braid and now he helps his wife with their daughters’ hair.

“It’s something I would do for anyone,” he said.

Greywoode was also mindful of how he closed India’s incision so her hair wouldn’t have to be cut.

India described that moment as “emotional.”

The incredibly kind gesture highlights the importance of Black doctors.

“For me, it was an indication of somebody seeing me, and what I mean by that is seeing me as a Black woman and the things that impact me on the daily, and hair being one of them,” India said. “Just to have that experience it is priceless.”

A Stanford study proved that when Black male patients were paired with Black doctors, they received better care, and it’s already well-known that many prefer doctors who share a similar background. Unfortunately, for Black people finding a doctor often proves to be difficult.

In 2018, the Association of American Medical Colleges conducted a survey that showed only 5 percent of active doctors identified as Black or African American.

Share this to spread awareness of how important it is for Black doctors to treat Black patients.