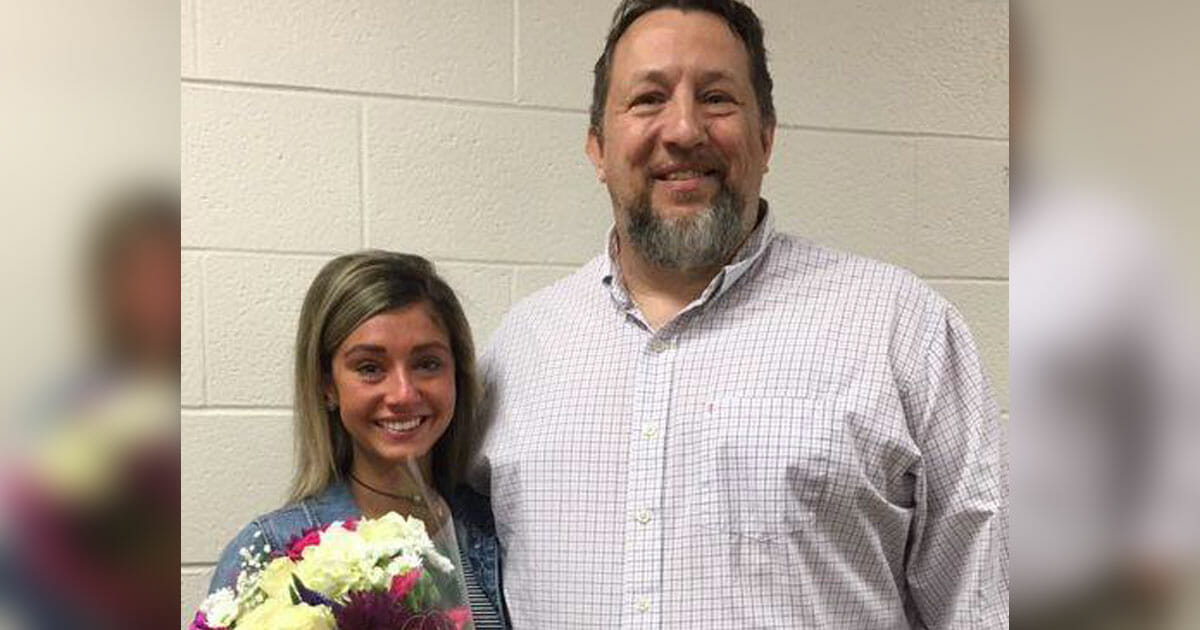 When someone does something nice for you, it’s only natural for you to want to thank them in some way. It could be something as simple as saying “thank you” or something bigger like taking the person out to dinner. Or you could give them your coveted submarine warfare insignia from the United States Navy.

For Brian Putt, a U.S. Navy veteran, he couldn’t think of a better way to express his gratitude towards a high school senior who saved his life than presenting her with his dolphins pin.

On April 2, high school senior Lexi Lindsey was heading to a Justin Timberlake concert at Bankers Life Fieldhouse in Indianapolis, Indiana, when an unusual sight on the side of the road caused her to slow down.

“He started waving his arms and he fell to the ground,” Lindsey told The Times-Mail.

She witnessed a man–Brian Putt, though she didn’t know his name at the time–attempting to walk up a grassy hill toward a parked car. When the disoriented man reached the road he collapsed and in doing so he fell into one of the travel lanes.

Without thinking twice about whether or not she’d make it to the concert in time, the teen jumped out of the car and ran towards the man. As she ran she called 911.

By the time Lindsey moved the man onto the shoulder, several motorists stopped to offer assistance, but the kind the man desperately needed–medical–no one had any experience.

“He was wearing a FitBit and I could see that his heart rate was extremely high,” she said, remembering her training she received as a student in a health care program. “I was ready to do CPR if I had to.”

When Putt started to seize, she knew exactly what to do and how to keep him calm.

“He told me and the EMT told me that I saved his life,” she said.

The two parted ways, though in the following days Lindsey wondered how Putt was doing. Little did she know that in a few weeks she’d get to find out that Putt was doing well and that she’d learn the news in person.

On April 22, Putt paid a visit to Lindsey’s class. As soon as the two saw each other she burst into tears.

BNL senior surprised by the man she savedBEDFORD — The first time Lexi Lindsey laid eyes on Brian Putt, there was no…

Putt spoke with Lindsey’s classmates and encouraged them all to break the stereotypes of their generation by becoming someone’s hero.

“Anyone in this room could be a hero,” he said. “You don’t have to save a life, if you see an elderly person in the store, help them with groceries.”

Finally, he commended Lindsey for remaining calm throughout the entire ordeal, and for her bravery and her ability to stay in control he had something special to give her.

“For 20 years, I was a submarine guy. The proudest day of my submarine career was when I earned my dolphins,” he said to her in front of her classmates. You’re not given these, you earn them. I was awarded them October 19, 1993. You earned them.”

Pass this story on if you believe that anyone can be a hero.