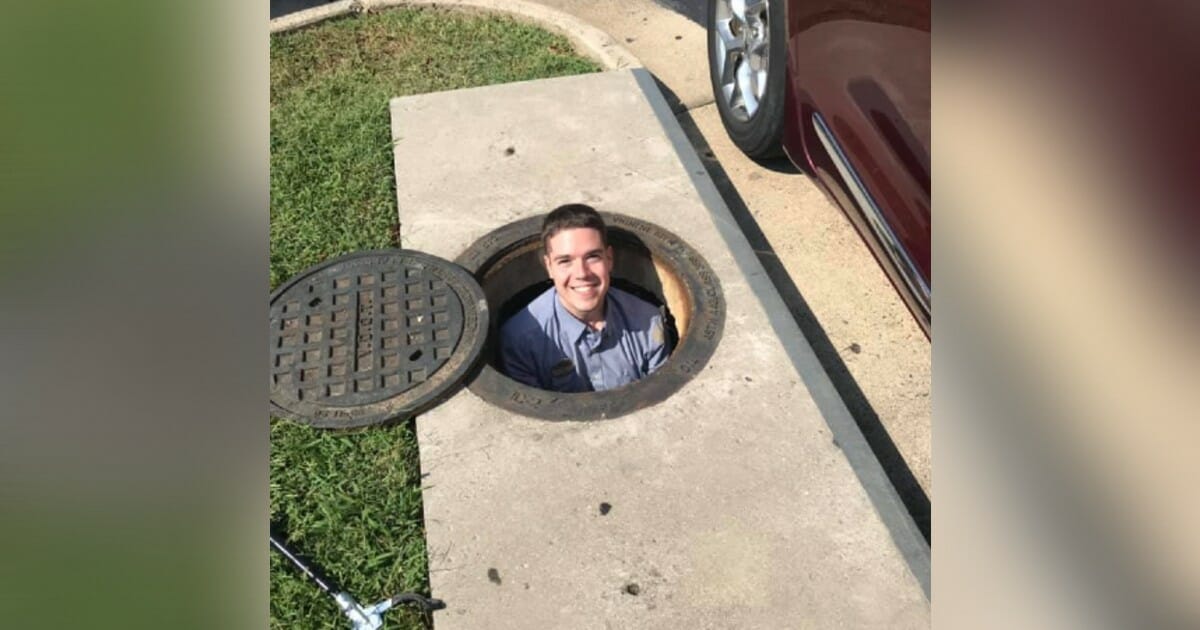 This probably isn’t the first time you’ve read about a Chick-fil-A employee going above and beyond their job, and chances are this won’t be the last time.

The most recent award for outstanding Chick-fil-A employee goes to Seth, a digital marketing director. When Seth heard a customer was in a situation that sounded too unreal to be true, he stepped up and assisted in ways few others would.

Shauna Hall was taking her son out of their van at their local Chick-fil-A in Virginia, when the unimaginable happened, her phone fell into a storm drain.

“So I have the WORSE luck. I’m serious, if it can happen it will almost always happen to me,” she wrote on Facebook. “Today was no exception.”

Her iPhone tumbled down a storm drain.

To make matters even worse, she recently paid off her phone and put a brand new Otterbox on it, and now it laid in a “dark abyss.”

After attempting to retrieve it, she went inside for help. As she spoke to a manager, who was friendly about the incident, but unsure how to help, another employee appeared willing to find a solution.

The employee, Seth, fetched a grab stick and went with her to the storm drain. They tried to locate the phone, but couldn’t see it. Shauna realized the worst happened, her phone was unreachable.

A Chick-fil-A employee volunteered to retrieve her phone.

They returned to the restaurant where Seth delivered Shauna her order and refunded her money. He then offered his phone to Shauna so she could call someone for help, but she didn’t know anyone’s numbers by heart.

The two had to come up with another plan. Seth called the county for assistance, but didn’t get anywhere. He decided to give Shauna’s phone a call.

Shauna explained that they feared they wouldn’t be able to hear it because while the area had experienced a drought, the night before it rained.

Prior to calling her phone, they notice the manhole cover isn’t bolted. Seth lifts the heavy cover, and in the process cuts his finger. But after a quick bandage, he was back and climbed down the drain to look for Shauna’s phone.

So I have the WORSE luck. I’m serious, if it can happen it will almost always happen to me. Today was no exception….

Miraculously, Seth was able to grab Shauna’s phone, which wasn’t broken or wet, and give it back to her.

“I was so thankful I freaking hugged him,” she wrote. “Not only did he slice his finger and was filthy from laying on the ground and climbing in the hole, I find out he had actually just gotten off shift and was still willing to help me.”

Let’s hear it for Seth! Everyone should aim to be more like Seth.

Share this to thank Seth for going above and beyond his duties.