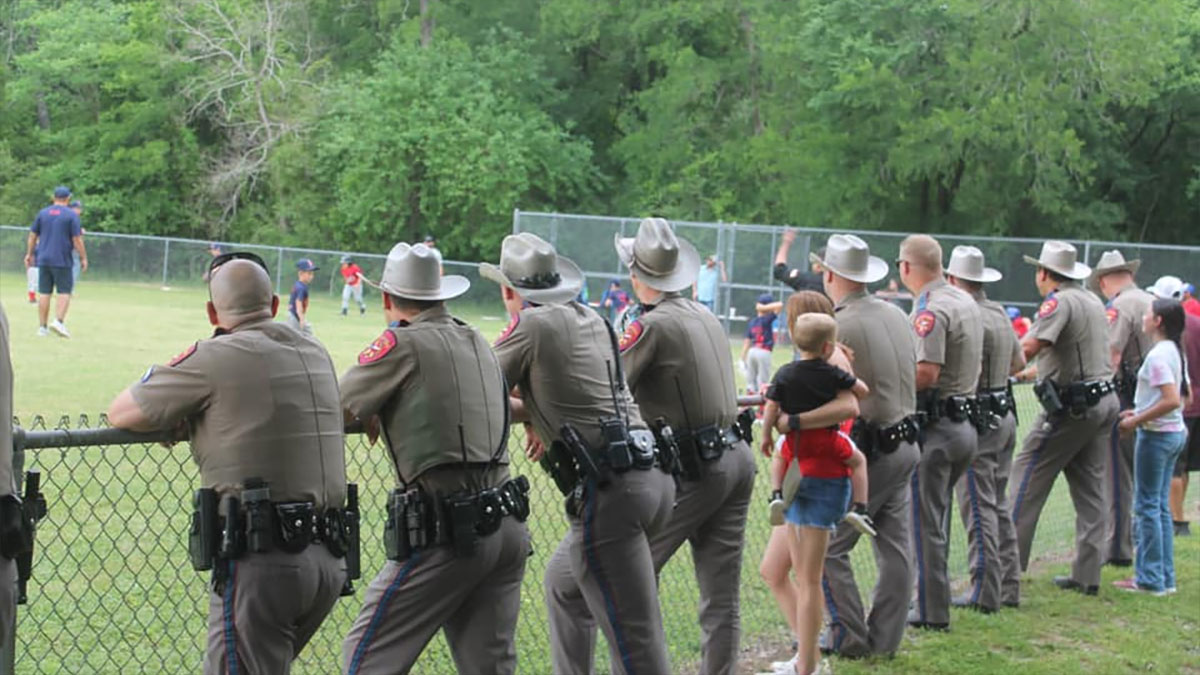 Texas State Trooper Juan Rojas Tovar was shot and left in a critical condition while trying to stop a mass shooting suspect.

When his colleagues heard they joined together to offer their fellow trooper and his family the support they needed – going above and beyond the call of duty.

Trooper Tovar was shot while trying to apprehend suspected mass shooter 27-year-old Larry Winston Bollin after he killed a coworker and injured five others at his workplace in Bryan, Texas.

Tovar’s cruiser was critically wounded in April last year while trying to take 27-year-old Larry Winston Bollin into custody. A post on HelpAHero.com said Tovar’s cruiser was hit by bullets 13 times and he was struck at least once in the eye.

He endured extensive treatment at two different hospitals on his road to recovery but it meant that he had to miss his son’s baseball game. So Tovar’s fellow troopers showed up at his son’s game to show their support.

Over a dozen police officers lined the fence at the field where the game was taking place and cheered on the team.

People at the field even spelled out “Pray for Tovar” using disposable plastic cups stuck in the chain-link fence at the field.

The entire community rallied around to support Trooper Tovar’s family in their hour of need.

Tovar was eventually discharged from hospital and was then flown to Austin for further medical treatment.

In a post on Facebook, the DPS said when Tovar arrived he was greeted by Class A-2021 Trooper Trainees who saluted him for his bravery and as a show of respect before he was taken to a nearby hospital, as per NBC DFW News.

“Trooper Tovar continues his road to recovery, and we want to thank the community for their support,” the Texas Department of Public Safety said in a post on social media.

Bollin was eventually caught and booked into jail on a murder charge in connection with the shooting at Kent Moore Cabinets in Bryan.

I wish this brave state trooper a complete recovery after such a terrifying ordeal. Please share.