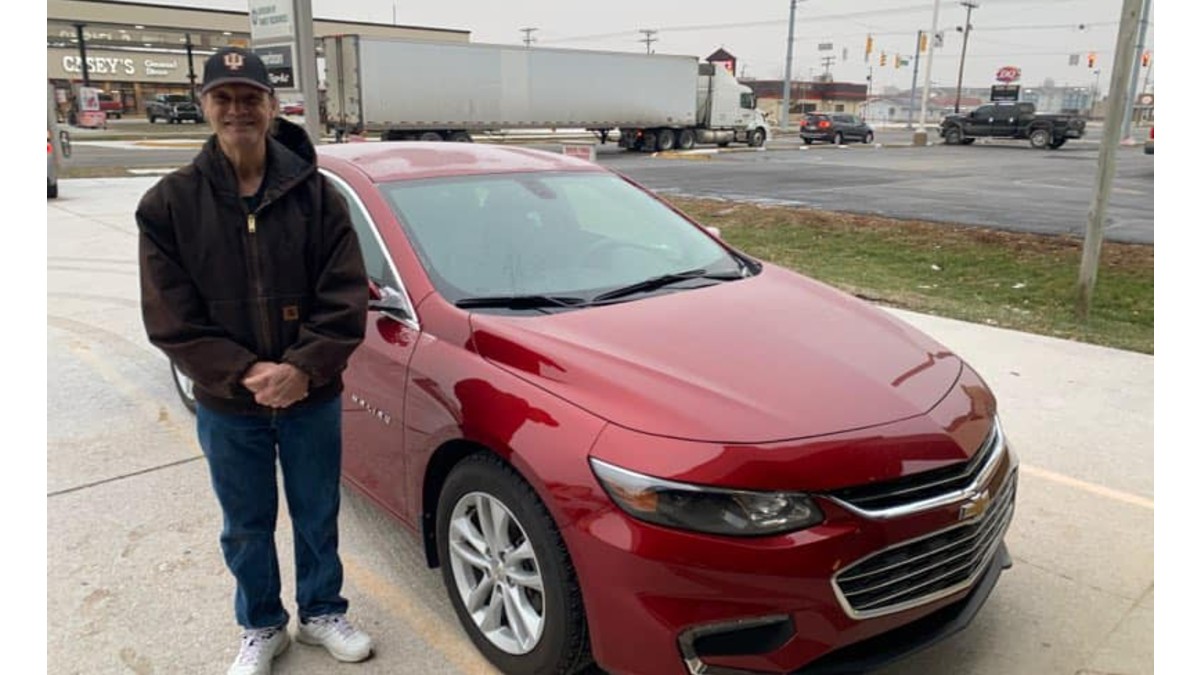 A pizza delivery driver in Tipton, Indiana has a new set of wheels thanks to an extremely generous community.

For nearly three decades, Robert Peters has worked as the delivery driver for the Pizza Hut in Tipton.

“The town of Tipton calls him Mr. Smiley,” Tanner Langley told Good Morning America. “He makes that impact on everybody and he’s a very kindhearted individual.”

And for that reason, Langley wanted to help Peters out when he learned the delivery driver’s 28-year-old car was giving him trouble.

About six months ago, Peter’s Oldsmobile, which was just about 30 years old, began giving him trouble. And without a reliable vehicle, he couldn’t work at the job he’s been at for 31 years.

He mentioned his car troubles to Langley, a longtime customer, who got an idea.

The 28-year-old started a GoFundMe to raise money to purchase Peters a newer vehicle.

“I have never once heard a negative thing about Robert, and I know for certain that the great community of Tipton appreciates him just as much as I do,” he wrote. “Robert has been delivering pizzas in the same car for a plethora of years, and I think it is about time that he gets an upgrade to his current vehicle!”

He announced that any extra money would be put towards insurance premiums, registration fees, gas, and if there was still some leftover, Peters would receive a well-deserved tip.

In addition, not only was the registration, taxes, and insurance for the car covered, but Peters received a $500 gas card and a $2,500 thank you tip.

“I just hope that all those who made this happen will be blessed as much as they have blessed me,” Peters said. “This has really been an awesome experience that I’ll remember for the rest of my life.”

“What the community has done, what Tanner has done. He’s gone far beyond the call of duty and it means a lot to me that people would do this,” he told FOX 59.

These are the kind of feel good stories we need to hear more of! Thank you Tanner for helping Robert, and thank you Robert for serving your community for so many years.

Both of you are an inspiration.