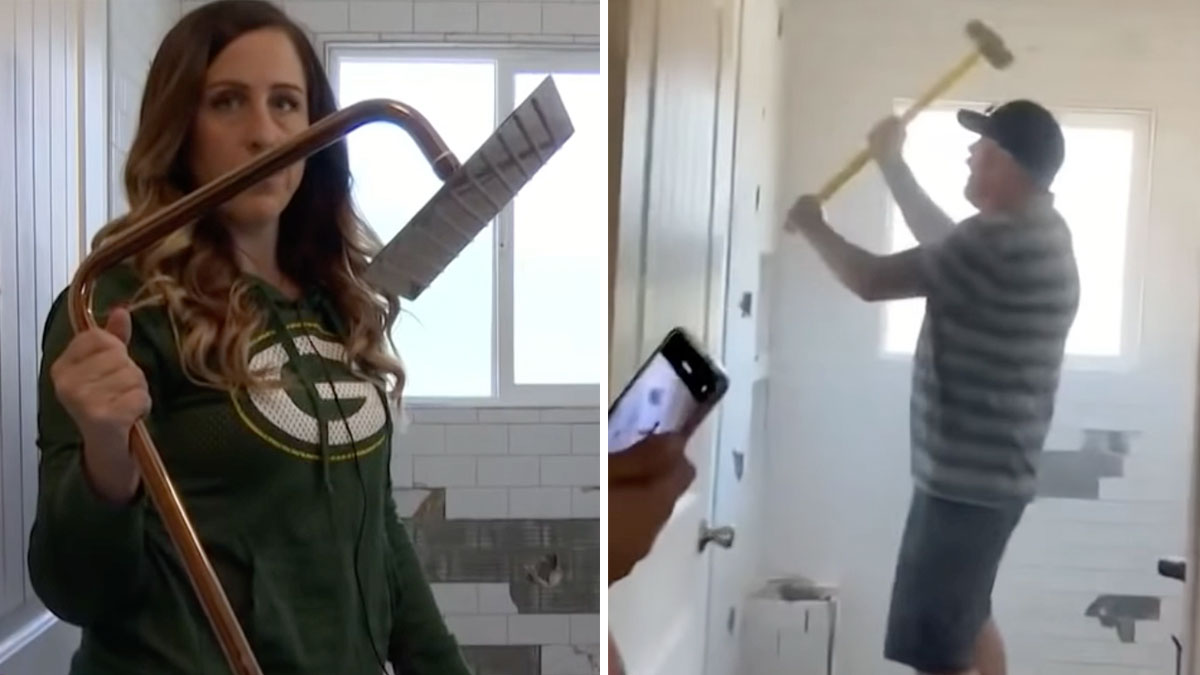 A Colorado Springs woman couldn’t believe her eyes when the contractors she hired to remodel her bathroom recently returned to her home and began destroying the project.

“They showed up with just a crowbar, a sawzall, and a sledgehammer,” Amber Trucke told KRDO.

The destruction reportedly took place after a payment dispute.

Trucke said she had hired contractors from Dream Home Remodels of Colorado to work on several projects around the home she shared with her roommate.

However, she hadn’t been pleased with the work that had been done, and wanted to wait until all of the work had been completed before she paid the contractors the final $4,225 she owed on the $7,555 bill.

“I wanted to be wowed and I wasn’t wowed,” she said. “But I knew she was coming back Friday to clean things up and I figured maybe I’d be more impressed then. So I was not going to pay them until I saw the actual finished product.”

The contractors returned while she was at work, but her roommate let them in the house, assuming they had come to pick up their supplies.

That was not the case.

“I put weeks into this, thousands of dollars into this,” Terry James Gregory, a co-owner of the business, said as he took a sledgehammer to the newly tiled bathroom.

Jordan Cazares, Gregory’s co-owner, called the story fake, and said that “communication broke down at the end of a project.”

“There was no displeasure expressed, and we proceeded to ask for payment on the project by the end of the day. Communication broke further after that and resulted in our company repossessing a tile shower,” Cazares said in a statement.

“We regret that this contract went sour. It has never happened before and is not something that is made regular practice.”

Trucke insisted she paid for the other projects that were done around her home, and she plans to take the contracting company to small claims court.

What do you think of this situation? Let us know your thoughts in the comments on Facebook, and then share this story to keep the conversation going.