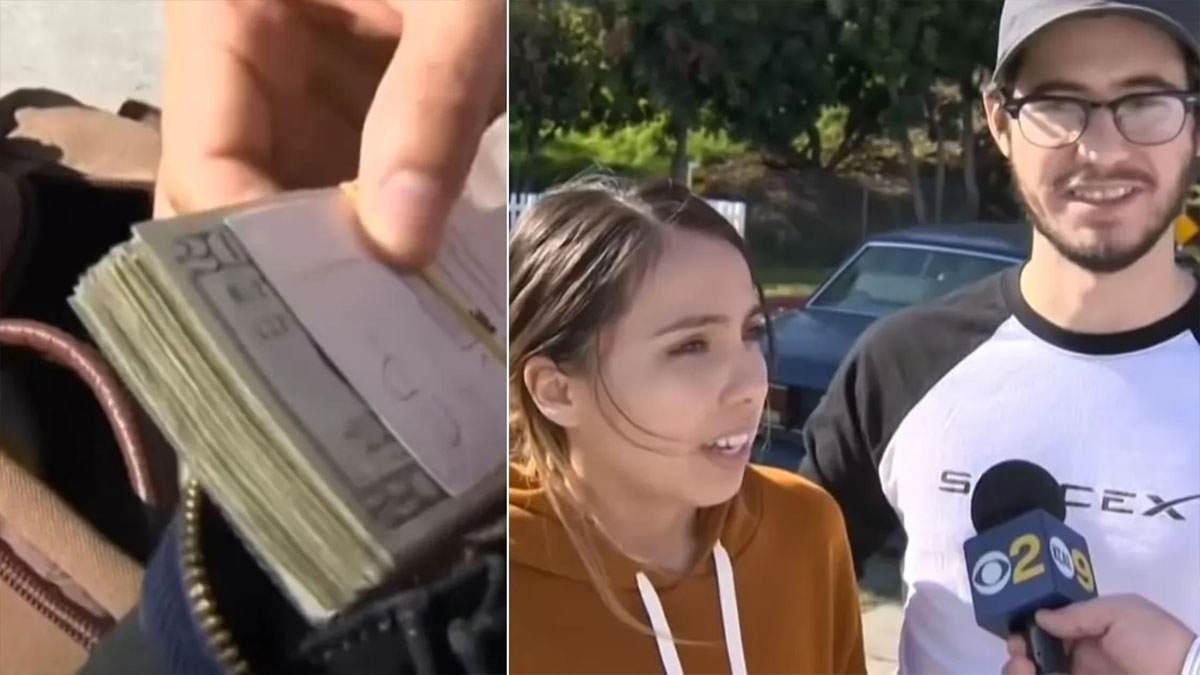 Most have experienced the dread and panic of realizing that you’ve lost something valuable.

Whether it be your purse, phone or even your passport, what’s always guaranteed is that it’s a lengthy and painful process to replace those items.

One man who had just arrived in the U.S. with his family so he could attend college lost everything he had after putting his child’s diaper bag down to take a photo and then forgetting to pick it up.

Thankfully couple Gabriel Ruiz and Gabriela Jauregui stopped in the same spot of the Naples neighborhood of Long Beach on Christmas evening to also take a picture and spotted the bag.

Trying to find out who it belonged to, they opened the bag and found a wallet.

“We saw the wallet. Opened it up and saw a ton of money in there,” Ruiz told CBS Los Angeles.

The bag contained a number of cards, all important to the owner, as well as $5,000 in cash, passports, and a lot of baby supplies.

Gabriel and Gabriela are both 24 years old and could have certainly used that amount of cash, but keeping it never crossed their minds as they set to work to try and find the owner.

The bag belonged to a man, his wife and daughter who had moved to the U.S. from Vietnam so the man could attend college. The money was for an apartment and college fees, and it was all the cash the family had.

Gabriel and Gabriela looked at the cards and saw the names were in Vietnamese with no address or number.

“The names are in Vietnamese and everything and no address on the passports,” said Gabriela. “We stayed up all night looking for them on like Facebook.”

Meanwhile the owner, who didn’t want to be identified, was distraught after discovering what he’d done: “I thought ‘how can I get back to my country? How can I pay my tuition? My rent?’ Because I already have baby,” he told CBS Los Angeles.

He came back and spent hours looking. He posted signs for anyone that had picked up the bag and even returned to the spot the next day.

Meanwhile early in the morning, the couple found a secret compartment in the bag.

“There was a bunch of papers with all the information we needed. Phone number, a name, an address,” said Gabriela.

Satisfied, they finally fell asleep and called him in the morning, asking him to describe the bag before traveling to his address and returning it to him.

“So happy we were able to find you,” Gabriela tells the very relieved owner.

“All I can say is thank you, thank you,” said the man. “You just saved my life. Can I have a hug please?”

This couple deserves a medal for the lengths they went to find the owner.

I’m so glad they were able to return it and I hope their actions inspire others to do the same. Please share.