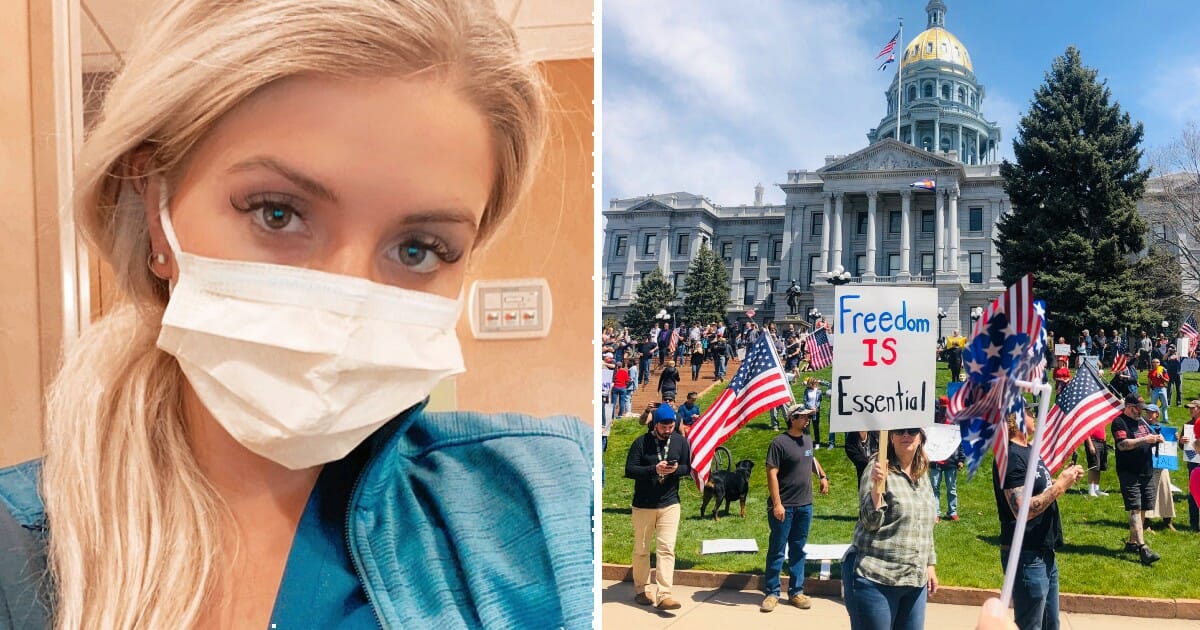 Everyone wants life to get back to some sense of normal. There’s no debating that. But what many have come to debate is how quickly we should return to normality.

For days, thousands of Americans have protested outside of governors’ homes and state capitol buildings. Some Americans want their governors to reopen their states as officials stand firm on their stay-at-home orders.

While some vocally disagree with political leaders’ decisions, a Denver nurse has an important message for those who believe it’s time to go back to pre-quarantine life.

“I get it, we all want to be outside,” Alexis told 9News. “If you don’t think for one second that I would rather be on a chairlift in Breckenridge, you’re crazy. I get it. I don’t want to be stuck in my house either. I don’t think many people at all are enjoying this. That’s not the point.”

The Denver nurse, who doesn’t work with coronavirus patients but still encounters an increased risk just by going to work and must deal with the effects, became angry when she looked out her window and saw so many people protesting the governor’s order.

“It really feels like a slap in the face to medical workers,” she said.

While hundreds were reported to have marched in Denver on Sunday, two people dressed in healthcare uniforms stood in a silent counter-protest as those in vehicles attempted to make their voices heard.

The photos, shot by Alyson McClaran, have gone viral.